The traditional full-field ‘family’ picture was arranged on Sunday Evening at La Source with all 35 cars on the Spa 6 Hours entry assembled for the occasion.

Two drivers, not currently set to race next weekend, are understood to be set to take to the track for the Prologue test on Monday and/ or Tuesday with Oliver Webb here for the test as an addition to the #40 ARC Bratislava Ligier JS P217 LMP2 crew and full season Algarve Pro Racing driver Diego Menchaca joining the G-Drive squad at the Prologue.

Webb is set to contest the remainder of the season with the team but has a pre-existing commitment to a customer in GT Cup in the UK next weekend.

In contrast, Daniel Serra will not test in the #52 AF Corse, the Brazilian with a clashing commitment in Brazilian Stock cars this weekend.

Ingo Matter and two of his Absolute Racing technical staff are here in support of Andrew Haryanto, ring here in the #88 Porsche 911 RSR-19 but set to race at the Le Mans 24 Hours in August in his own RSR, fielded by Absolute.

The Corvette Racing squad have travelled to Spa with a full team, including senior management representatives, but are supported with logistical assistance from previous customer team Larbre Competition. 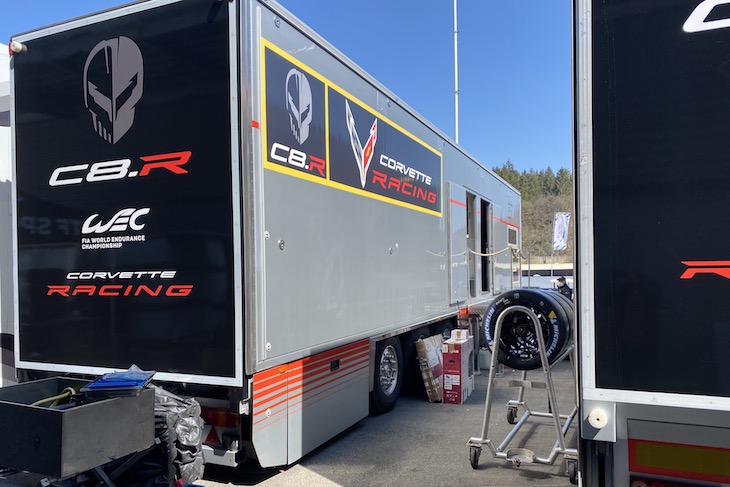 The meeting marks the Corvette C8.R’s first-ever race effort outside of the USA and its second appearance in GTE Pro after a guest appearance at the Lone Star Le Mans replacement for the cancelled WEC race at Interlagos last year.

The current changes to the Spa paddock consist solely of an extension of the lowest level at the expense of the section of the mid-level  surface that previously formed the roof of the low-level paddock undercroft, a structure that is understood to have been determined to be structurally unsound in recent months. 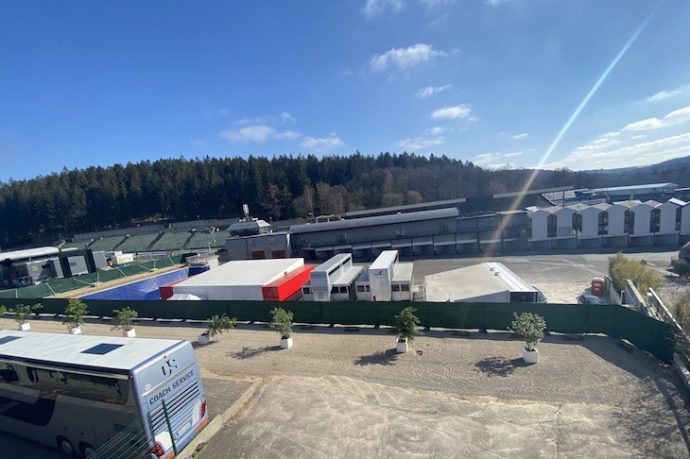 The works are not yet complete with their outer limits protected at present with temporary barriers.

Paddock sources confirmed to DSC today that, in addition to the test we reported on at Paul Ricard with a Toyota GR010 testing back-to-back with a full 2021 spec LMP2 (the Racing Team Nederland car) there was another test, prior to the ELMS ‘Prologue’ test at Barcelona which saw the Alpine A480 ‘Hypercar’ tested at the same time as at least one 2020 spec LMP2 (with 2020 power and weight), drivers unknown, as was the spec to which the Alpine was running. The LMP2 car was quicker by well over a second per lap.