It was a two-hour session shortened by around 30 minutes after a third Red flag saw the action brought to an early halt by Race Control.

Ironically the first stoppage was to allow recovery of the car that would end the 90 minutes as the fastest in the field as Felipe Albuquerque had a half spin in the Bus Stop and beached the #22 car on a kerb as he tried to rejoin.

The second Red Flag was for a significantly more serious incident as Ben Keating hit the tyre wall at Raidillon hard in the #33 TF Sport Aston Martin, the car suffering significant front end damage, the impact rough to trigger the g-force activated ‘medical light’, Keating walking away from the wreck and taken to the medical centre but reported to be OK.

Almost as soon as the session had restarted there was a third and final Red Flag, unbelievably for the second TF Sport-operated GTE AM Aston Martin, the #777 Station Racing Aston Martin, into the wall almost at the same place as the #33, the car again suffering front end damage, and driver Satoshi Hoshino (the timing screens were incorrectly showing Tomonubu Fujii) again walking away without assistance.

On track, the trio of Hypercar entries were not showing their hand in the session at all, run under sunny skies but with a very cold start to the day. Only one of the Toyotas completed a flying lap, and the Alpine too had very limited running, the #8 Toyota would finish the session 8th fastest, the Alpine 13th.

Instead, it was the #22 United Autosports Oreca that topped the times with a 2:04.968, half a second up on the #29 Racing Team Nederland Oreca, this the quickest of the Pro-Am LMP2 runners. 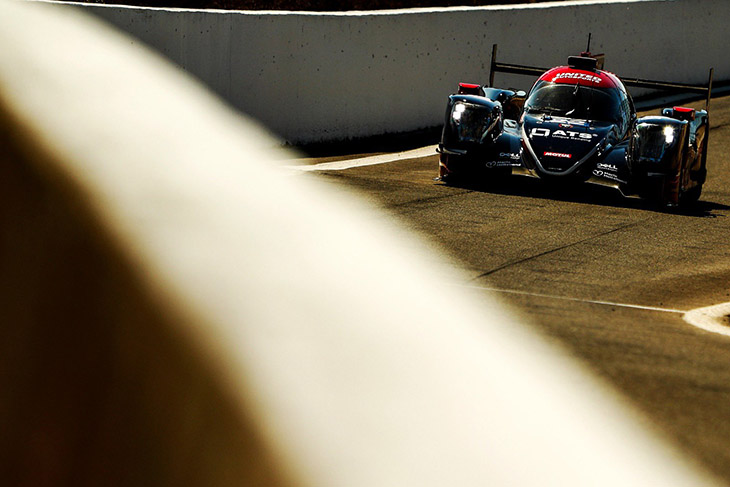 GTE AM saw team new boy Antonio Fuoco third fastest overall in the GTEs, ahead of the ‘Vette with a 2:14.509 in the #47 Cetilar Racing Ferrari.

That was some nine-tenths faster than Matt Campbell’s effort in the #77 Dempsey Proton Porsche with the #56 Team Project 1 911 RSR next up a tenth back.