Gabriel Aubry will be the Reserve Driver for the Alpine Elf Matmut Endurance Team during the 2021 WEC season as the designated replacement for Nicolas Lapierre, André Negrão or Matthieu Vaxiviere behind the wheel of the #36 Alpine A480 in case of unforeseen circumstances. 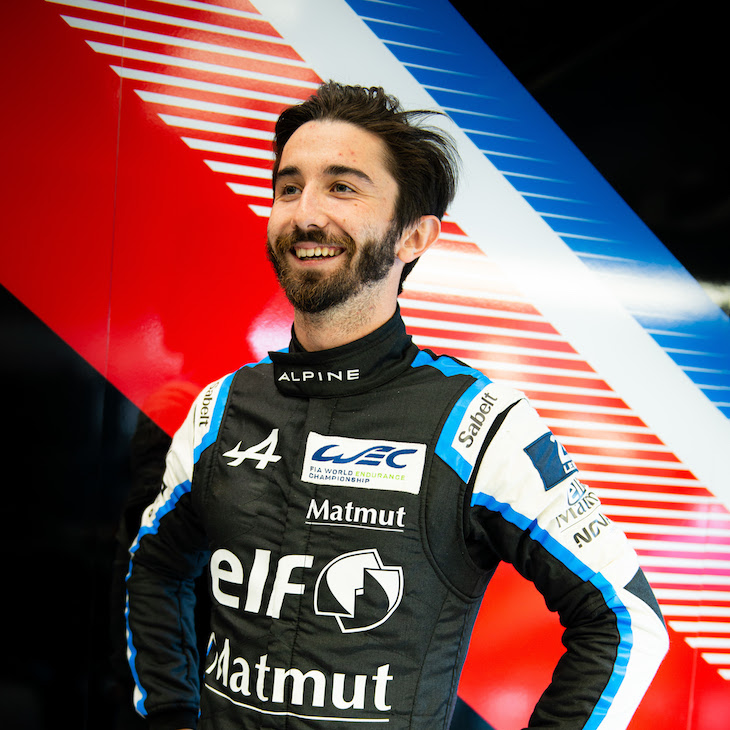 The 23-year-old made his endurance debut in the Alpine A470 at the 2017 Bahrain rookie test, going on to win the Asian Le Mans Series LMP3 title in 2018, he finished second in the LMP2 category of the FIA World Endurance Championship in 2018 and 2019. Following a podium result in the 24 Hours of Le Mans in his second participation in 2019, Gabriel Aubry also starred in IMSA with a win at Watkins Glen and podium results in the 2019 12 Hours of Sebring and the 2020 and 2021 Daytona 24 Hours.

Gabriel Aubry: “I’m really happy to join Alpine, especially for its return to the top-flight category. The team managed by Philippe Sinault had already allowed me to discover single-seaters and endurance racing. While Nicolas Lapierre helped me during the rookie tests in Bahrain, I will also reunite with Matthieu, with whom I scored a podium in the 24 Hours of Daytona, and André, with whom I have fought so hard over the last few years in LMP2. I will be with people I have known for many years yet with whom I have never had the opportunity to work with for a full season.

I want to thank the Alpine Elf Matmut Endurance Team for including me in their projects. This Reserve Driver role allows me to discover the premier category by being at the heart of the team’s activities and observe its operations during testing, races and technical debriefings. I am sure that this experience will help my career in endurance racing while maintaining my driving skills with my LMP2 programmes in FIA WEC and IMSA. It’s now up to all of us to work together and hopefully hear the Marseillaise on August 22!”

Philippe Sinault, Team Principal Alpine Elf Matmut Endurance Team: “We are delighted to have another talented and determined driver with us for our first campaign in the premier category. Gabriel and the team know each other extremely well as we had Formula 4 and LMP2 testing sessions together a few years ago and we always had the desire to work together. We thank him for taking on the role of Reserve Driver. It is a crucial position, but we do not doubt that he is serious, loyal and committed. We know that he will do absolutely everything to perform as soon as we need him.”

The rebuild of the #29 Racing Team Nederland LMP2 Oreca neared completion today on a day with no track action at Spa (pictured top).

The other car involved in the same incident yesterday, the #85 Iron Lynx ‘Iron Dames’ Ferrari sat in the garage awaiting the arrival of the replacement car from Italy, due later today, the results of the significant frontal impact with the barriers at Blanchimont all too obvious. 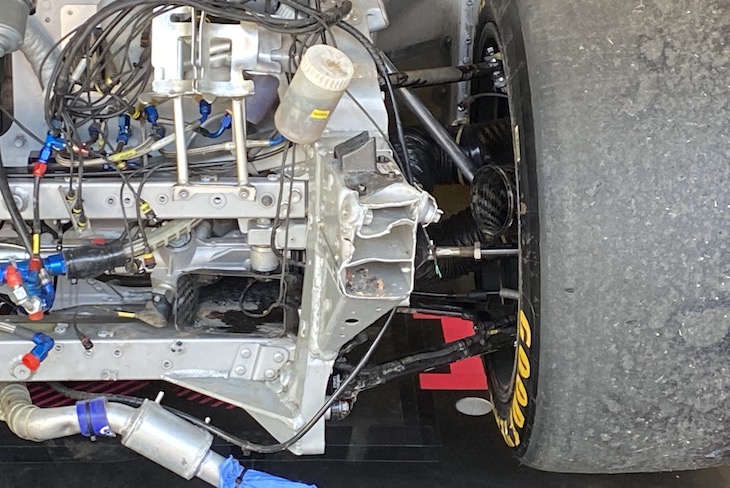 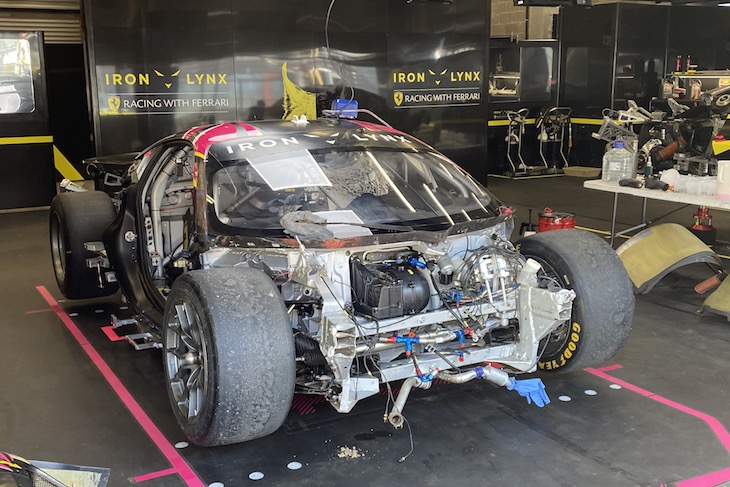 The #47 Cetilar Racing Ferrari meanwhile was still undergoing repairs too for the significant rear-end damaged suffered after an on-track clash with the #7 Toyota in the final track session of the day yesterday. 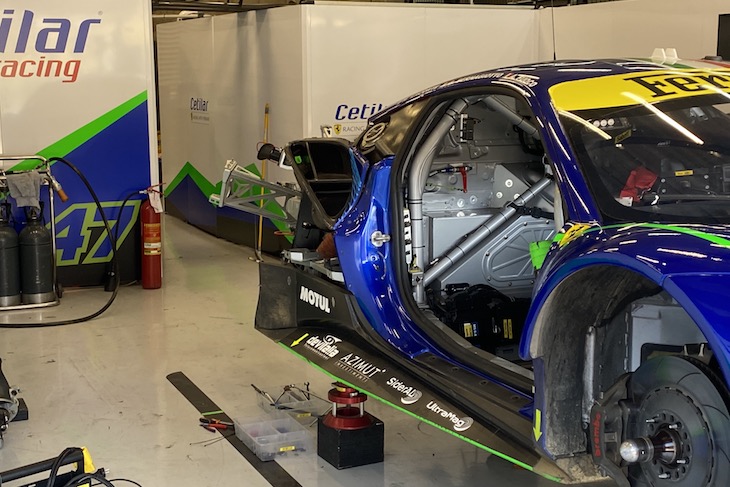 Lurking in the undercroft car park on Tuesday morning was a ‘stealth’ grey Corvette C8 Stingray, one of the first in Europe ahead of the official continental launch, it’s chauffeur for the week Oliver Gavin who is set to reveal more details of his post full-time factory driver plans shortly! 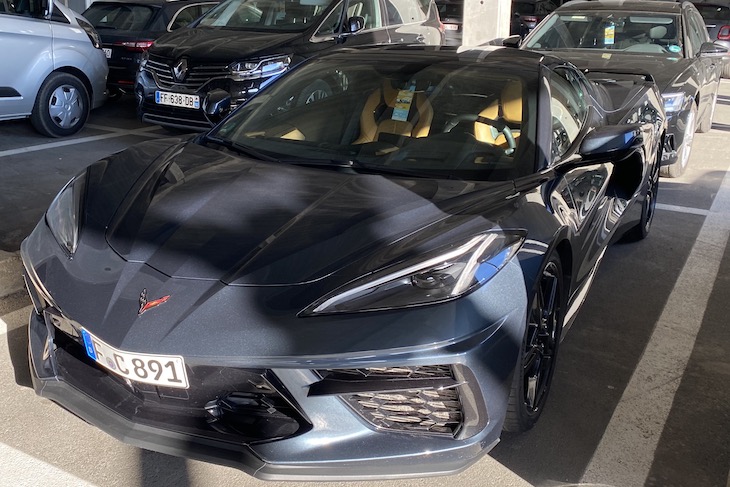 We don’t often get flypasts for FIA WEC races but a low flying Belgian Air Force F16 on Tuesday clearly enjoyed their view of the WEC paddock with some spirited wing waggling as he screamed over the pits and paddock!