After stepping down from full season racing with Corvette at the end of last season, Ollie joined the Vasser Sullivan Lexus GTD effort at the 2021 Rolex 24 Hours and was due to race twice this season in the FIA WEC for Corvette, the postponement of the Portimao season opener seeing his two race programme halved to just this weekend’s race.

After success in single-seaters 2000 that he began his ultra-successful sportscar career in an Intersport run Lola B2K/10, those performances catching the eye of Corvette Racing who signed him up for its American Le Mans Series and Le Mans 24 Hours campaigns in 2002.

Gavin was an immediate hit and took the first of his five Le Mans category win in 2002 and a maiden ALMS title in 2005 when he partnered with Olivier Beretta.

But that was only a small part of the success as he also took five Petit Le Mans victories and also five 12 Hours of Sebring category wins.

But Gavin was much more than just an astoundingly successful sportscar driver. Universally liked and respected by both his own crew and his competitors, he became a benchmark of professional racing in the US during some of its most competitive and exciting eras of sportscar action.

“Today I announce that this weekend’s race – my 204th for Corvette Racing will be the last of my professional racing career,” said Gavin at Spa, where he is partnered with Antonio Garcia for the 2021 FIA WEC opener this Saturday.

“As with everything, family is the most important thing. I can’t thank them enough for their support over the last 30 years and their support as I move forward with this new role.”

“I am delighted that my 20-year relationship with Chevrolet and Corvette will continue as we have 12 European-spec Corvette Stingrays on order.

“As I transition out of the race car I open a new chapter with the start of the Oliver Gavin Driving Academy based in Boxberg, Germany. 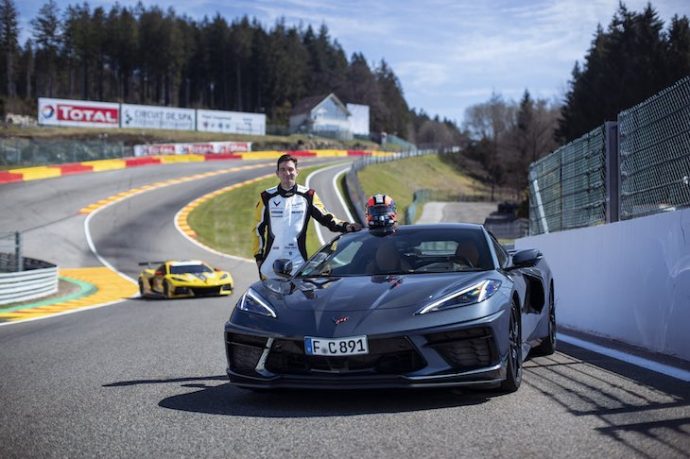 “There’s more to come on this over the next few months as we get ready for our launch in October.”

Gavin started his professional racing career in Formula First in 1991 and went on to take that year’s prestigious McLaren Autosport Young Driver of The Year.

He graduated to Formula 3 in 1993 and was runner-up before embarking on a sporadic F3000 career before returning to F3 and taking the British title in 1995.