The Toyota Hypercars found yet more pace in the final 60 minute Free Practice session before qualifying this evening at Spa Francorchamps.

Kamui Kobayashi was rapidly on top in the session with a 2:02.518, a further full second clear of the GR010’s best FP2 time in the #7 Toyota Gazoo Racing machine, 0.35 of a second clear of the sister #8 Toyota’s best time, this in the hands of Kazuki Nakajima, the first one-two in any track session for the factory team this week.

The United Autosports #22 Oreca once again topped LMP2, third fastest overall with Filipe Albuquerque again laying down a session leading times, a 2:03.761 leapfrogging an early session effort from the #25 G-Drive Racing Aurus of Roberto Merhi’s early session time in the Aurus 01-Gibson by 0.170s with the second Aurus third fastest in the session, all three top LMP2s finishing ahead of the #36 Alpine A480 Hypercar. 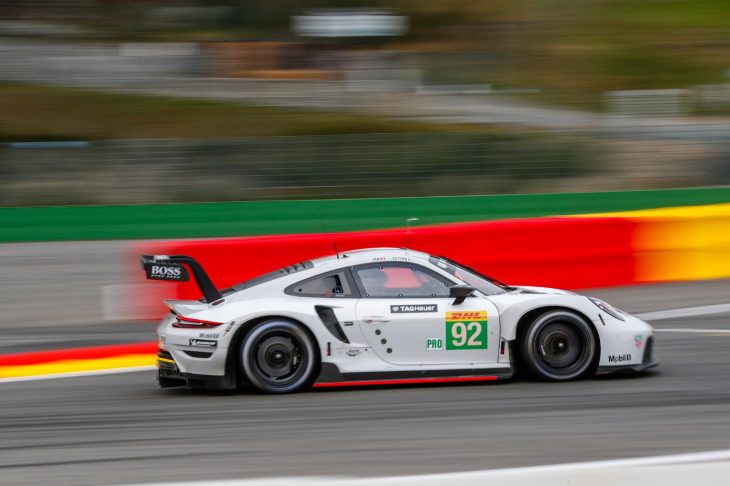 Matteo Cairoli continued his remarkable run of form this week, again topping a session in GTE Am aboard the #56 Team Project 1 Porsche with a 2:13.515s lap, four-tenths clear of the Matt Campbell’s best in the #77 Dempsey Proton with the #83 AF Corse Ferrari of Alessio Rovera third fastest.