BBM Sport has developed a fine reputation for their restoration and preparation of a range of sportscars in historic racing, latterly including LMP1 and LMP2 cars aiming to enter both the Masters Endurance Legends and Endurance Racing Legends Series.

One of their ore in-depth projects was the resurrection from the hibernation of the pair of Creation CA07 LMP1 cars that spent much of their contemporary racing lives snapping at the heels of the factory Audis and Pescarolos.

The History Of Creation Autosportif

The star of the Creation Autosportif squad shone brightly for a few short years in the mid-2000s. The team named after the Pillars of Creation star-forming nebula discovered by the Hubble Space Telescope was an almost-constant thorn in the side of Audi on both sides of the Atlantic.

Creation, set up by British-based American Mike Jankowski ahead of the 2003 season, expanded from the GT arena into the prototype ranks for 2004 with the purchase of the DBA4 LMP675 chassis with which 1990 Le Mans 24 Hours victor John Nielsen’s RN Motorsport team had been a race winner in the FIA Sportscar Championship the previous season. The new team with a fan of astrology at its helm was able to challenge the might of Audi in the new Le Mans Endurance Series with its lightweight Zytek-powered contender.

The team immediately made its mark, notching up a podium with Nicolas Minassian and Jamie Campbell-Walter behind the two Audi R8 LMP1s run by the Veloqx team — and ahead of the Team Goh example that had just triumphed at Le Mans — at the Nurburgring 1000Km in July. It was only the team’s second race in prototypes.

Buoyed by its successes, the plucky privateer began developing a car that had started out as the still-born Reynard 02S. Eventually, Creation would become a constructor in its own right with the design and development of the Creation CA07S for the 2007 season.

Creation had found itself racing against another privateer in Zytek Engineering with a car as near identical to the DBA4 03S. Creation had purchased the one-off Reynard, which had first raced as the IRM 02S at the Road Atlanta Petit Le Mans enduro in 2002, but the rights to the design has been bought from the ashes of Reynard by British engine specialist Zytek, which was now expanding into chassis construction for the first time.

Creation saw the drawbacks in trying to go up against the same chassis and engine combination run a works team. That resulted in Jankowski and team manager Ian Bickerton choosing to swap to the Judd GV5 V8 engine for 2005.

There were poles for Minassian and a near-miss for the Frenchman and long-time team-mate Campbell- Walter on home ground in the Silverstone 1000Km in August. A late safety-car and a minor gearbox glitch contrived to keep them off the top step of the podium in a rain-affected race. They were just over six-seconds behind the winning ORECA Audi shared by Allan McNish and Stephane Ortelli at the chequered flag.

From Team To Constructor

A team that had existed for barely three seasons was on its way to becoming a constructor. A landscape of constant rules evolution in the mid- 2000s accelerated that progression. What became the Creation CA07 was effectively developed in two stages.

The first step was to adapt the original Reynard chassis to the latest aerodynamic rules, at the same time as fitting a Judd V10 to create a pukka LMP1 car. The updates were undertaken by the KW Motorsport organisation headed by Kieron Salter, who had been project manager at Reynard on the 02S. He still owned the original Reynard windtunnel model, which was brought into play to create a new LMP1 contender.

The Creation CA06/H was born and more successes followed in what was now known simply as the Le Mans Series from 2006. There was a second place for Minassian, ex-Formula 1 driver Beppe Gabbiani and Filipe Ortiz at the Nurburgring 1000Km and another giant-killing pole position at Petit Le Mans against the new Audi R10 TDI turbodiesels over in North America.

Creation also entered a second car for the first time in 2006 — and it was built up around a Zytek-built monocoque! The team purchased the Zytek 04S raced by the British Jota Sport in the LMES in 2004-05 and turned it into a CA06/H.

The road map of regulation changes meant Creation had to build its own monocoque for 2007. KW Motorsport and ex-Reynard man Salter were again employed to continue a natural path of development for the team.

There was an all-new monocoque and the LMP1-size wheels and tyres (the CA06/H had retained the smaller LMP675 rims), but the heritage of the CA07 was clear. The suspension geometry owed much to the original 02S design on the principle that if it ain’t broke, don’t fix it.

And the new tub clearly had its roots in the one that had emerged from Reynard’s Brackley factory five years before. Zytek had also been developing its machine and built a new chassis for 2007. Line up the bare monocoques of a Zytek 07S and a Creation CA07, and it would take an expert to tell them apart.

The new car, initially powered by the 5.5-litre Judd V10, hit the track in the run-up to the Le Mans Test Day in June 2007. It completed more than 1500km at Snetterton, Donington Park and then Magny-Cours before ending up ninth in the times as the fourth best petrol-powered prototype in the hands of Jamie Campbell-Walter.

Creation fielded a single car with a line-up now led by Campbell-Walter after Minassian, his name in sportscar racing made with Creation, had been picked up by the factory Peugeot squad to race its new 908 HDi FAP turbodiesel.

Creation was still a force in the prototype ranks, though the goal-posts were moving with the arrival of the mega-million turbodiesel projects from Audi and Peugeot. Creation, though, was still punching above its weight among the petrol-powered independents. There were a string of top-six results in the LMS, culminating in a first podium for the CA07 in the Mil Milhas round at Interlagos in Brazil at the end of the year.

There was a new engine in the back of the CA07 for 2008. Japanese automotive development company AIM had commissioned a wide-angle version of the Judd V10 and linked up with Creation to field two cars in the LMS. The team continued its run of top-six finishes with the new combination, scoring a fourth at Monza and a sixth at Silverstone. 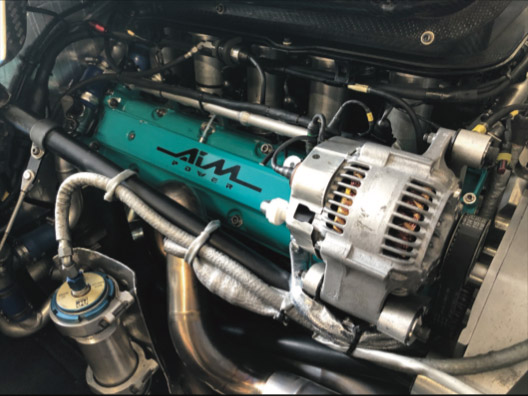 Creation downscaled its assault for 2009 as the world financial crisis hit. There was a single-car assault, now with the Judd engine again, at Le Mans, but the team’s star was waning. Development of the CA07 continued, but the team would not grace an international sportscar grid again before finally closing its doors. 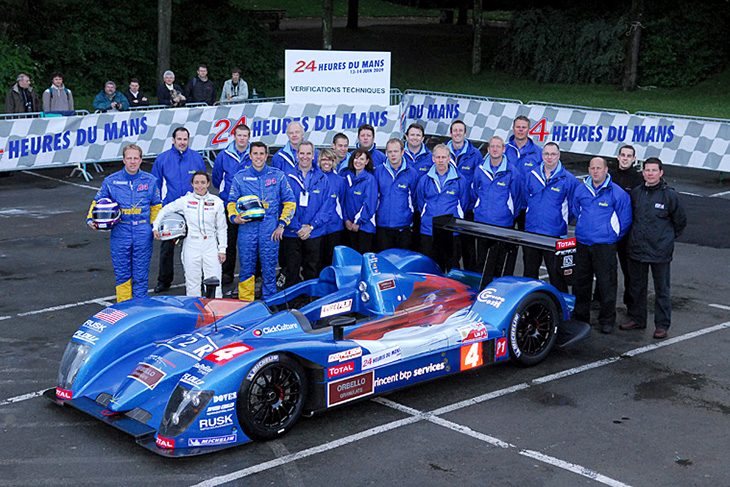 “We were the little guys, so it was fun to go up against Audi and give them a bit of trouble on a fairly regular basis,” recalls Campbell-Walter.

“I remember after Nic put it on pole one time in the American Le Mans Series, Dr Wolfgang Ullrich asking us what our budget was. When we told him, he said ‘that’s’ probably half our catering budget’.”

Creation Autosportif ’s plan was always to run a second CA07 with the Judd-built AIM V10, but the car missed the opening LMS round at Barcelona in early April. And when #002 did appear at Monza later in the month, it was the number #003 that appeared on its chassis plate. A legal wrangle with one of the team’s former drivers explained the anomaly.

Robbie Kerr and Bruce Jouanny, who were joined by Stuart Hall after Jamie Campbell-Walter’s accident in qualifying in the sister entry, scored the best result in this car’s short, eight-race history. They ended up fourth, just missing out on the podium as Hall battled with the third-placed Pescarolo for the honour of being the first privateer home behind the Peugeot and Audi that finished first and second.

Kerr and Hall came home ninth at Spa, also with the car badged as #003, in the final warm-up race before Le Mans. The car finally revealed its true identity at the French enduro, running as #002, for the first time as the team’s lead entry after the US Autocon team’s drivers took over #001. 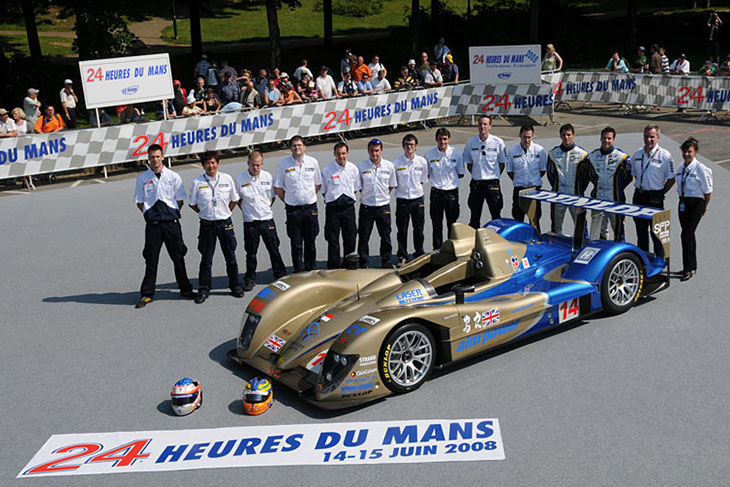 Experienced sportscar drivers Marc Goossens and Johnny Mowlem came in to join Hall in the absence of Campbell-Walter, who was still convalescing from the injuries. The car was qualified 21st, but could only reach the finish in 24th position after no fewer than five punctures, one of which nudged Mowlem into the barriers at 190mph on the run from Mulsanne Corner to Indianapolis. 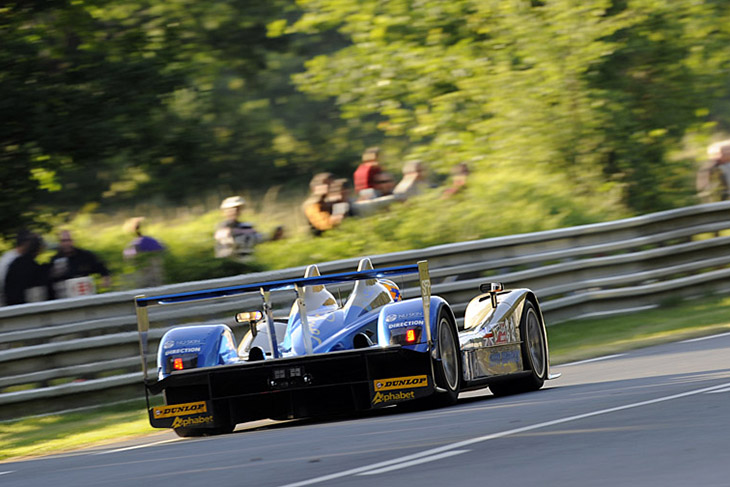 Campbell-Walter was back in the harness when the LMS resumed after Le Mans with the Nurburgring 1000Km. He and Hall came home eighth to rack up some more points and then followed it up with sixth on home ground for Creation at Silverstone from 15th on the grid. 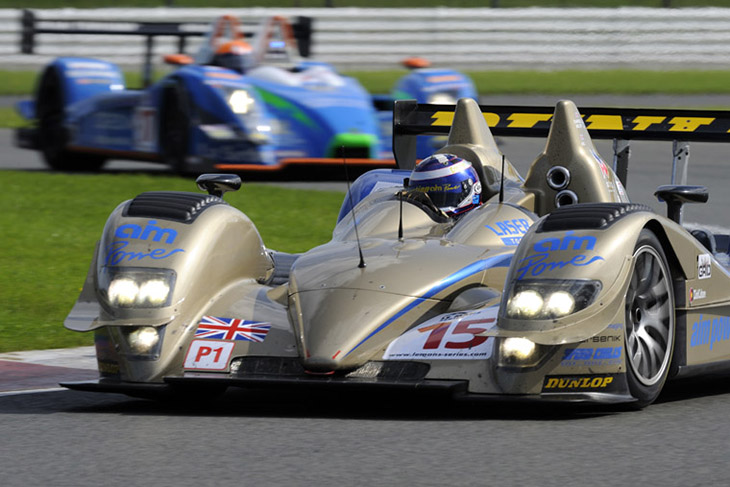 There were more races for CA07 #002 in the American Le Mans Series at the end of the year. 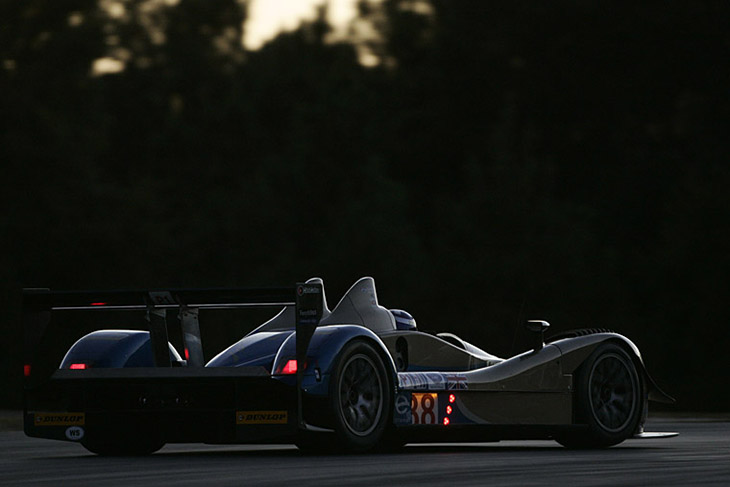 The car contested the Petit Le Mans 1000-mile enduro and then the final round of the championship at Laguna Seca. 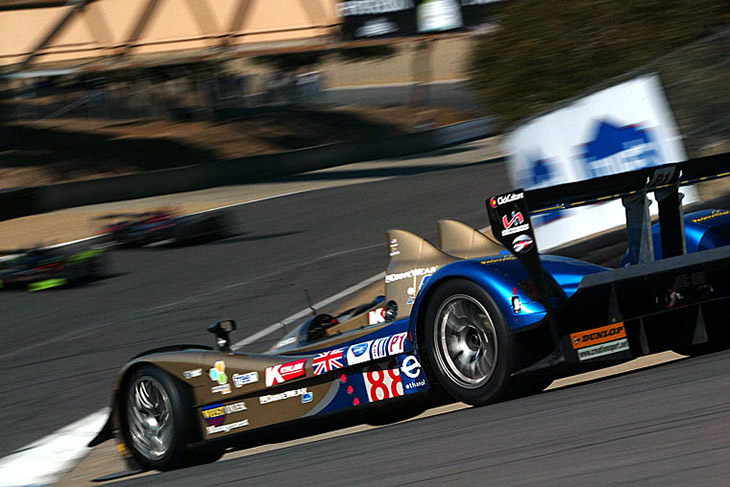 The last hurrah for Creation Autosportif came with CA07 #002, now with a 5.5-litre Judd engine in place of the AIM variant, at Le Mans in 2009. The car, also running with minor upgrades and shod with Michelin rather than Dunlop tyres, was driven by Campbell-Walter, Romain Ianetta and Vanina Ickx, daughter of six-time Le Mans winner Jacky. The car repeated its 24th-place finish of the previous season.