Cyrille Taesch Wahlen will leave the Automobile Club de l’Ouest and his position as CEO of Asian Le Mans Endurance Management (ALMEM) at the end of May 2021.

ACO president Pierre Fillon paid tribute to Taesch Wahlen’s remarkable track record at the head (since March 2015), of what has become a symbol of the development of ACO Endurance racing in Asia.

That record saw the man, known to his small and close-knit team as ‘CTW’ take a Series that had only six full-time entries before he took over, to new heights and new markets, taking an ACO-run Series to Australia for the first time in 2020, and successfully manoeuvring around the shifting sands of COVID this year to deliver a layered contingency plan that saw a record number of cars assembled for the full season in the UAE despite repeated COVID-influenced changes to the originally planned calendar. 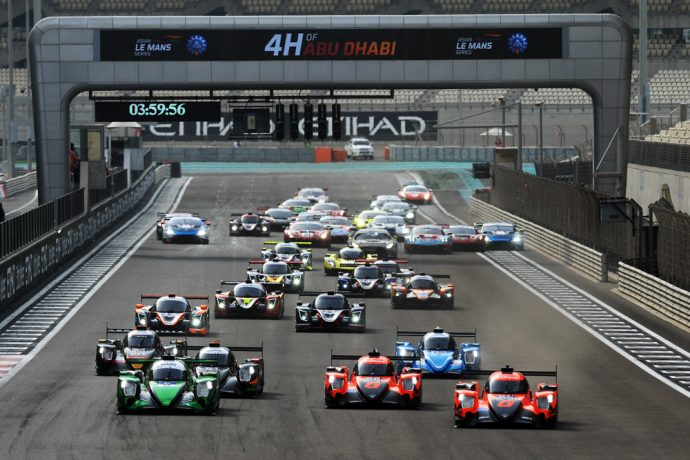 Teams that have debuted in the Series in his time have gone on to compete full-time in the FIA WEC and to race regularly at the 24 Hours of Le Mans, fulfilling the aspirations of the establishment of the ACO’s newest ‘continental’ Series.

Taesch Wahlen, in charge of the Series since March 2015, moves on with the good wishes of ACO president Pierre Fillon and, from 28 May 2021, LMEM CEO Frédéric Lequien will take over the supervision of Asian Le Mans Series teams.

Cyrille Taesch Wahlen, CEO, ALMEM: These years at ALMEM, organising and promoting the Asian Le Mans Series and the Asian Le Mans Sprint Cup, have been rich and intense. The Championship has developed both on a competitive level and in terms of recognition and media interest as a result of our accomplishments since 2015. I shall miss all the people who have worked relentlessly to make the Asian Le Mans Series a prominent feature of the racing calendar, and particularly my fantastic team. I would also like to thank our partners for their unwavering support during these years. I am proud to have played a part in the emergence of this Championship, its standing in the motorsport landscape, and the growth in its popularity and reputation year after year.

Pierre Fillon, President, Automobile Club de l’Ouest: Thanks to Cyrille, the Asian Le Mans Series is now an integral part of the Endurance pyramid. The growing appeal of the Championship is illustrated by the fact that a record number of 36 cars lined up on track for the 2021 season, with 12 new teams competing in the four races. The Asian Le Mans Series has made a place for itself in the Endurance landscape and, for that, my sincere thanks go to Cyrille who has worked hard as the head of the Championship for over six years. I would also like to salute here his skills. I wish him all the best for the next step in his career.