As usual the GTE class kicked off qualifying proceedings, and keeping to form rain started to fall as soon as the nine strong field exited the pits. Interestingly the conditions seemed to be at their worst early on in the ten-minute session, putting all drivers under pressure to keep improving their times throughout. 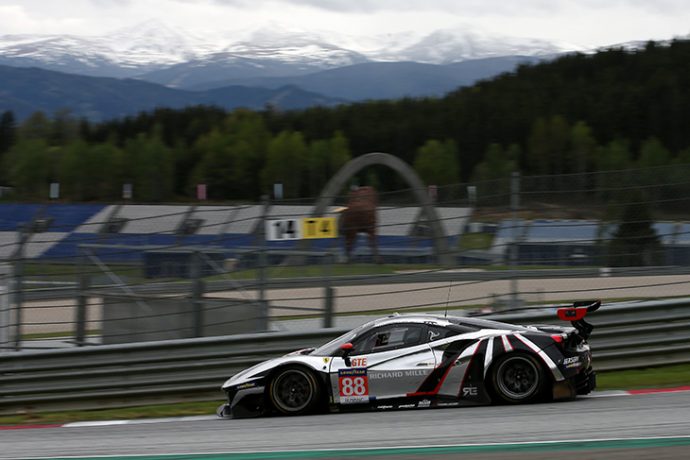 Alessio Rovera in the #88 AF Corse Ferrari set the early pace before being overhauled by a whole gaggle of cars. TF Sport’s Johnny Adam, Iron Lynx’s Miguel Molina and Proton Competition’s Richard Lietz all topped the times before Rovera stormed back to take pole with a very strong 1:27.200. That time was over three tenths faster than Michelle Gatting in the lead Iron Lynx Ferrari, the Iron Dame marginally beating teammates Paolo Ruberti and Miguel Molina to second with an excellent last gasp effort.

Matt Campbell was the best non-Ferrari in fifth. The Proton Competition driver over seven tenths off pole and just ahead of the TF Aston Martin, Johnny Adam just losing touch with the fastest drivers at the end of the short session.

The five minute break between sessions gave the weather gods just enough time to open up the skies before the LMP3’s headed out. This tempted teams to try out both slicks and wets but drivers found on their out lap that the track was not wet enough for the wet choice, but too slippery for treadless rubber. This brought the entire field back in again to switch tyres, leaving only a few minutes left on the clock. 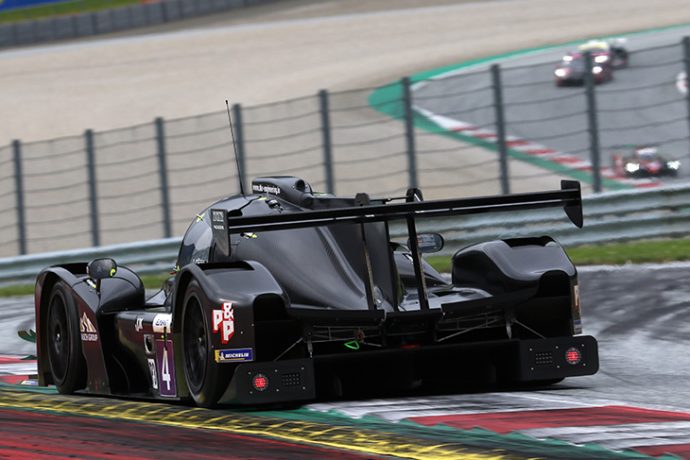 In this penalty shootout, it was Laurens Hörr who pushed the tyres into the window fastest, with the DKR Duqueine ending up two tenths clear of United Autosports duo Wayne Boyd and Duncan Tappy after both had briefly led the session. Fourth went to Damiano Fioravanti for 1 Aim Villorba Corse with Team Virage’s Garrett Grist setting the fifth-fastest time despite a brief off early in the session

A brief spell of sunshine greeted the LMP2 teams, leaving little doubt as to the nature of the Goodyear rubber used in this session.

Phil Hanson made the early running for United Autosports before Logan Sargeant, making his ELMS and LMP2 debut in the TF Sport-run Racing for Turkey car pushed his Oreca 07 up the rankings. Local hero Ferdinand Habsburg challenged for pole-position, briefly taking provisional pole-position before Sargeant retaliated with a 1:20.596 that proved good enough for the fastest time.

Habsburg had to settle for second, just ahead of Nico Jamin in the #32 United Autosports machine and Roberto Mehri in the lead G-Drive entry with championship leaders Team WRT coming in fifth, courtesy of Louis Deletraz.