Ahead of this weekend’s Nürburgring 24 Hours the new for 2022 BMW M4 GT3 has been unveiled in its factory livery after an extensive test programme in the hands of factory driovers.

The M4 GT3 will contest its first race on 26 June at round four of the Nürburgring Endurance Series (NLS). 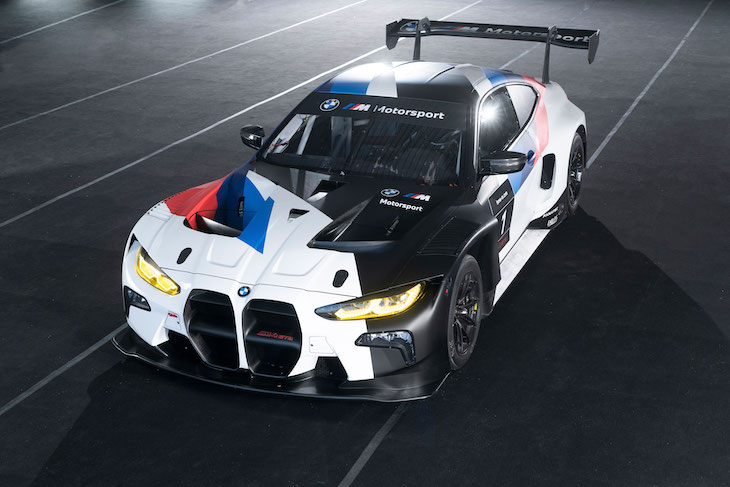 “The development work on the BMW M4 GT3 is now on the finishing straight, and the 24-hour race at the Nürburgring is the perfect stage on which to present the car in its BMW M Motorsport design and thus to herald the final phase leading up to the first race outings,” said Markus Flasch, CEO of BMW M GmbH.

“The new BMW M4 Competition provides the perfect basis for the BMW M4 GT3, whose engine was designed from the outset for use at the racetrack. This underlines how road car and race car development always go hand in hand at BMW M GmbH. The new car offers state-of-the-art technology, thanks to our technology partners. They are among the best in their respective fields, and we are delighted to have them supporting us on the development of the BMW M4 GT3 with their specific know-how and areas of expertise. That is the perfect basis for a successful new race car.” 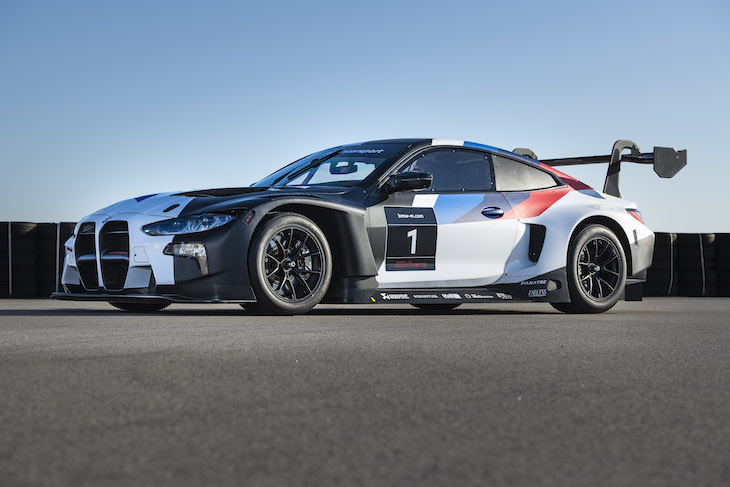 Since the start of 2020, the BMW M4 GT3 has undergone many stages of development. This began virtually with CAD and CFD simulations, and continued with the use of an engine on the test bench, the assembly of the test chassis and work in the wind tunnel. One milestone was the roll-out on 18th July 2020. This was followed by many tests at various racetracks, at which many BMW works drivers made valuable contributions. In December 2020, at the BMW SIM Live Event, Philipp Eng demonstrated the steering wheel for the BMW M4 GT3, which was developed together with FANATEC. It is the first steering wheel in the world that can be used in both a real race car and a simulator without modifications. 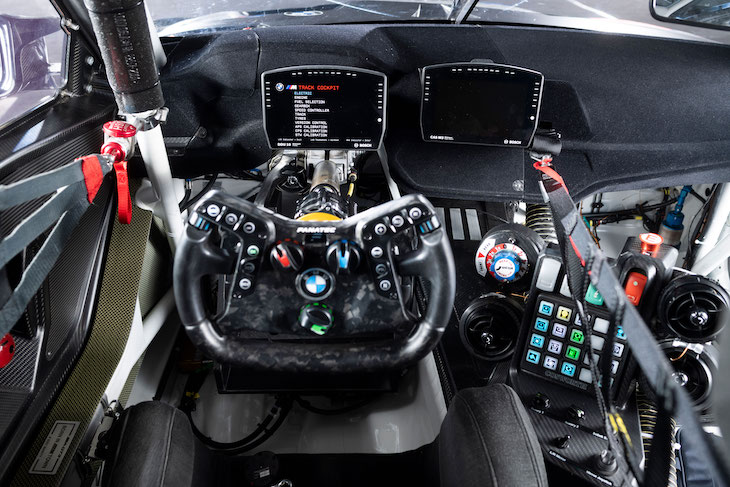 In 2021, the test work continued in Monteblanco, Almeria and on the Nürburgring-Nordschleife. The car currently has more than 14,000 test kilometres under its belt – that is the equivalent of more than 70 hours of track time.

Throughout this phase, the BMW M Motorsport engineers worked hard to improve the driveability and reliability of the car on its way to being race-ready. The goal: to significantly reduce lifecycle costs and maintenance expenditure compared to its predecessor. Following the launch and race debut in June, the BMW M4 GT3 will undergo more tests and race outings before it is delivered to the first customers, who will compete with the car all over the world in 2022. 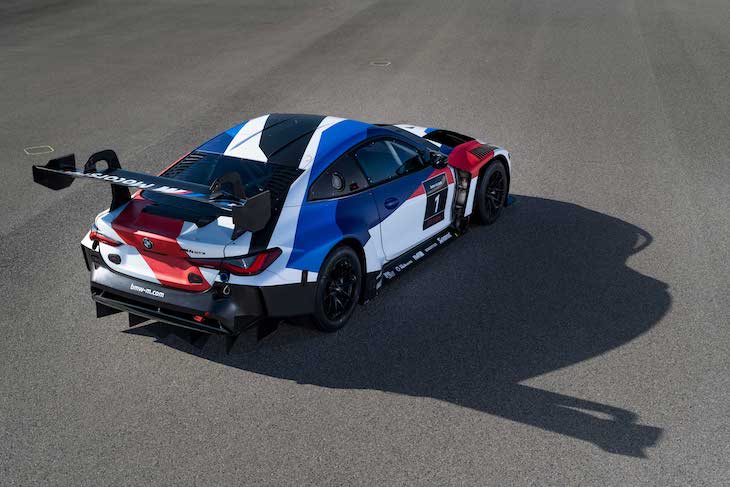 The biggest improvements compared to its predecessor, the BMW M6 GT3, are in three areas: driveability, cost efficiency and operation. The BMW M4 GT3’s handling and cockpit equipment are more comfortable for amateur drivers, while the car is easier on the tyres and offers greater consistency. Far lower lifecycle costs and longer maintenance intervals for the engine and transmission are vital economic factors. Operating the car has been made far easier by the fact that many basic settings can be configured directly via the steering wheel, without having to connect an external laptop. 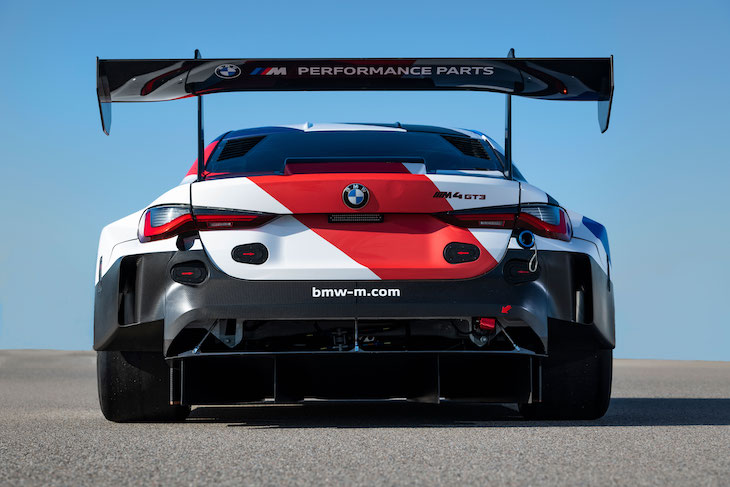 The purchase price of the BMW M4 GT3 starts at € 415,000 net – € 4,000 less than the price of its predecessor, the BMW M6 GT3, and roughly the same as its competitors. The ‘Competition Package’ is available as an option ex-factory for an additional charge. This includes useful optional features, integrated and tested specifically for use in endurance races. As a special extra, the package includes an exclusive training day in an in-house BMW M4 GT3 simulator.