Flewitt and Hankey will contest the Silverstone 500 three-hour race on June 26-27, returning to action at Spa-Francorchamps on July 24-25 and the season finale at Donington Park on October 16-17. 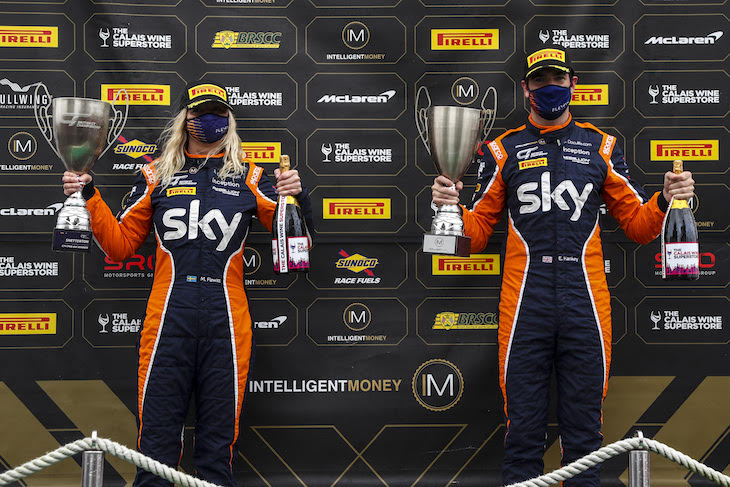 The pairing competed in a 570S GT4 prepared by Balfe Motorsport, taking overall GT4 victory at Oulton Park in their second race. In addition, they won eight of the nine rounds in the GT4 Pro-Am class on their way to the British GT GT4 Pro-Am championship title.

Team Rocket RJN already runs two McLaren Driver Development Programme cars as well as a third 570S GT4 in this year’s British GT Championship. The team will now make its return to the championship’s GT3 class, in which last year it won on its debut with the 720S GT3, driven by James Baldwin and McLaren GT Driver Michael O’Brien.

Bob Neville, Team Principal, Team Rocket RJN: “We are very pleased to welcome Mia and Euan to the Team and very much looking forward to getting our GT3 car back on track. We already have a busy GT4 programme with 3 cars this season but to add the McLaren 720S to the programme is fantastic. Mia and Euan are a great pairing and obviously very familiar with working together during their time in GT4.”

Mia Flewitt, Intelligent Money British GT Championship GT4 Pro-Am champion: “I’m super excited to be joining Team Rocket RJN for select rounds in British GT this season! I will be sharing their McLaren 720S GT3 with my driver coach and co-driver Euan Hankey. Stepping up from GT4 was always the plan for this season but it’s been a challenging year so far to make it happen. I’m forever grateful to all who have helped and supported us to get here. Bring on Silverstone!”