Nick Yelloly put the #1 ROWE Racing BMW M6 GT3 on pole position for the defence of the team’s 2020 title in tomorrow’s Nürburgring 24 Hours. 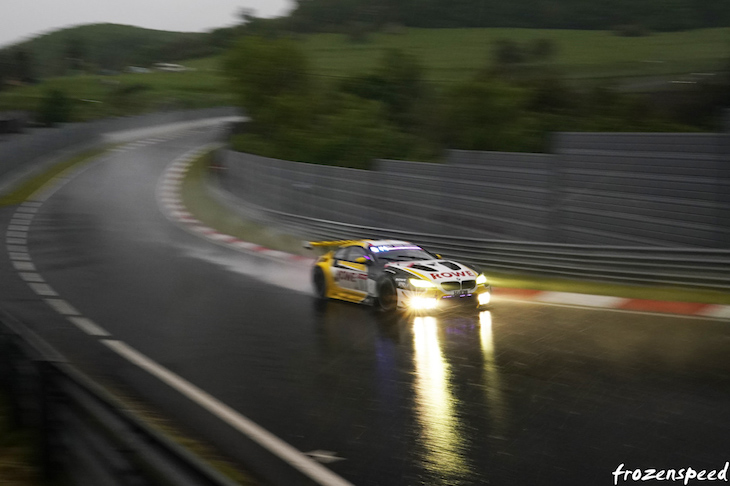 In a day interrupted and constantly affected by periodic heavy rain the Englishman posted a 10:01.619 on a second flier in worsening conditions snatching pole from the #19 Konrad Motorsport Lamborghini Huracan GT3 Evo of an on-form Axcil Jeffries by over two seconds after the Zimbabwean pitted for new wets after aborting his first attempt. 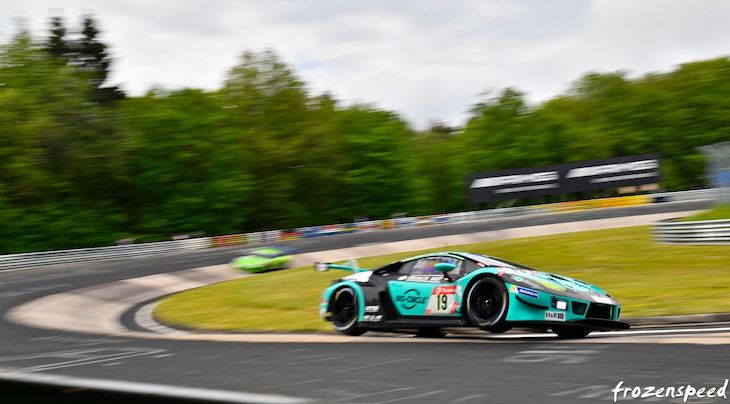 Row Two will see the #Haupt Racing Team Mercedes AMG GT3 Evo start alongside the #20 Schubert BMW.  Row Three is an all AMG affair with the #6 HRT car alongside the #7 from Team GetSpeed Performance.  The second GetSpeed AMG, the #9 sits alongside the first of the Audis on the grid on for Four, this the #11 Phoenix Racing R8 LMS of Nicki Thiim. 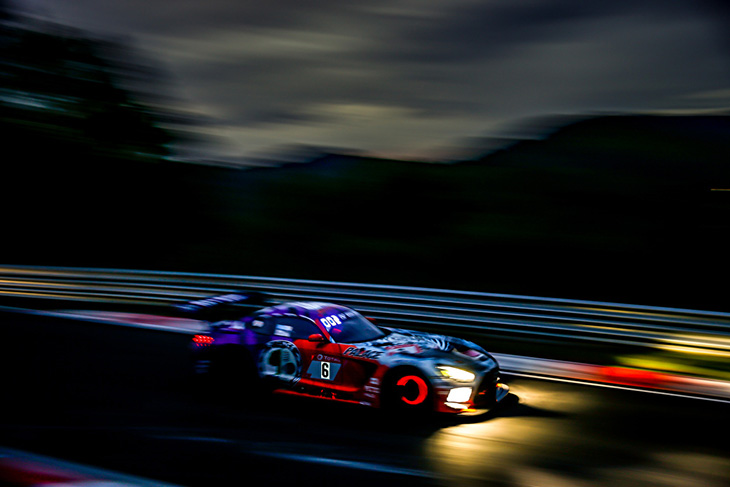 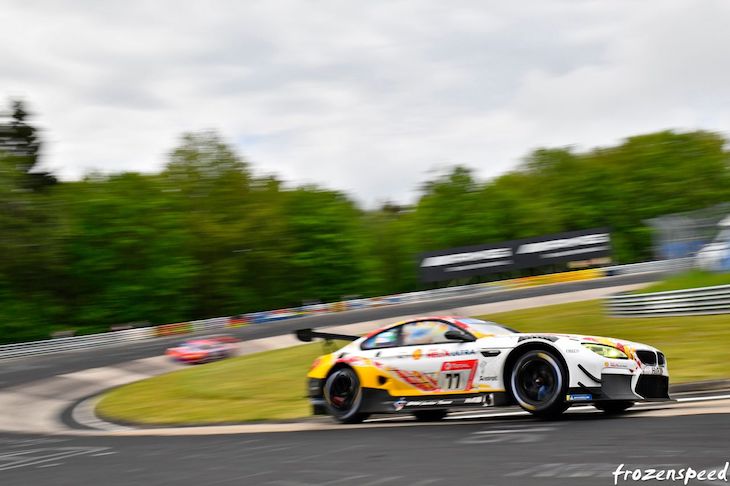 Completing the top ten on the grid are the first of the Porsches, the #3 Rutronik 911 GT3 R and another BMW, the #77 BMW Junior Team M6 GT3. 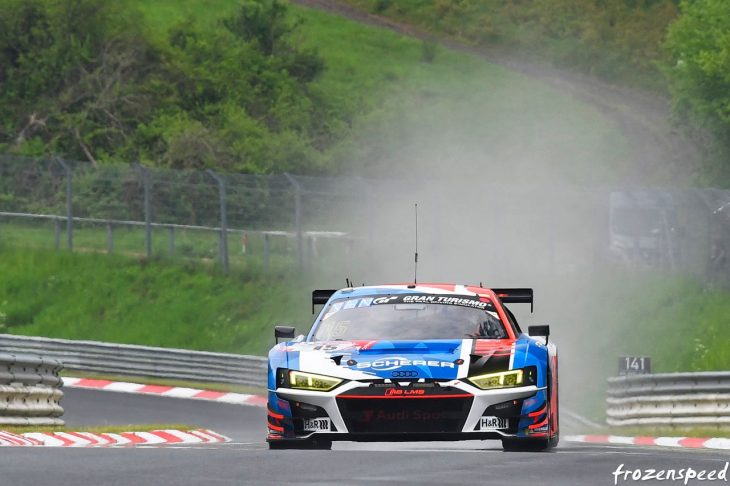 All of this came after real heroics in increasingly treacherous weather that saw Dries Vanthoor somehow conjure up a lap in 8:12.319 in the #15 Phoenix Audi to lead the earlier Qualifying session which offered up the final four positions in Qualifying 2.

The Phoenix car was joined in being elevated to the final session by efforts from Maro Engel in the #6 HRT AMG, Augusto Farfus in the 77 BMW and Marco Mapelli in the #63 Hankook FFF Racing Team Lamborghini. 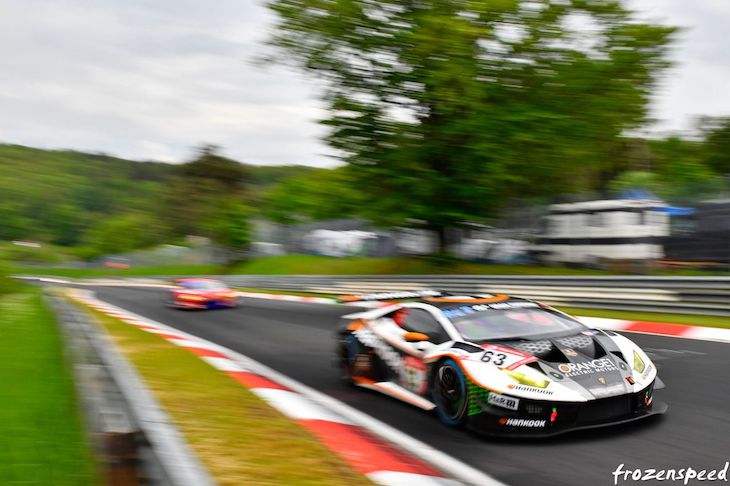 Nick Yelloly: “I am very, very happy to bring that pole home for BMW. Obviously, after last year’s event, when we managed to win, to start off like this is just superb. I couldn’t picture a better start to the weekend. It was pretty tricky and slippery out there but it worked out. Now it’s all about focusing for the race. We know that it is going to be mixed conditions so we have to be very good and on top of our game in terms of calling the right pit strategy and tyre choice. But the team were amazing, as were BMW, last year in doing so, so there is no reason why we can’t do it again.”