G-Drive Racing won the third round of the European Le Mans Series and broke Team WRT’s stranglehold on the championship, with Roman Rusinov, Nyck de Vries and Franco Colapinto finishing ahead of reigning champions United Autosports for victory at Paul Ricard while championship leaders Team WRT only managed fifth.

Yifei Ye took the lead in the WRT Oreca after the start and proceeded to build up a substantial gap over Roman Rusinov throughout the opening stint, the Chinese driver again showing why he is a rising star. A full course yellow just around the first pit window and a subsequent safety car wiped out the championship-leading team’s advantage and as the race settled down, G-Drive Racing found itself in the lead hunted down by the #32 United Oreca of Manuel Maldonado, Nico Jamin and Job van Uitert.

The third hour of the race saw yet another new leader as United’s Job van Uitert took the lead following the penultimate round of pitstops. The Dutchman shadowed by countryman Nyck De Vries in the G-Drive Racing Aurus and was forced to surrender the lead with an hour left to go. De Vries then remained faultless throughout the final stint as Tom Gamble passed teammate Van Uitert just before the final round of pit stops.

Nyck de Vries was never challenged however as the Aurus-badged Russian LMP2 led the two United Autosports cars to the line. 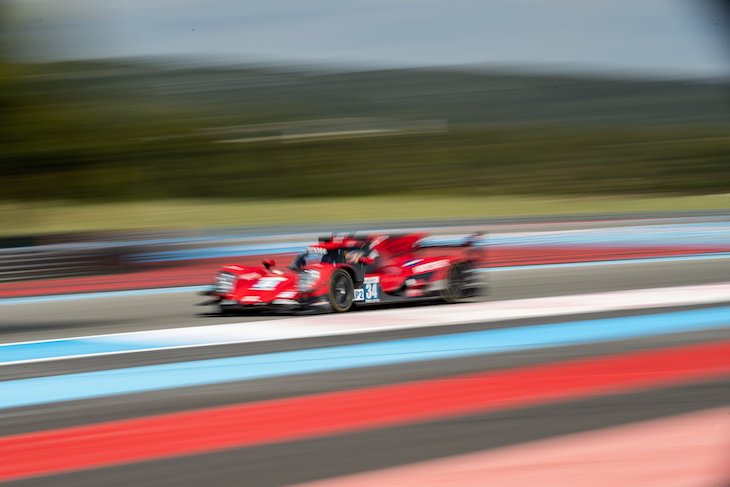 The LMP3 class looked affected most by the on-track incidents as the field was immediately split on strategy with some teams electing to pit early under yellow and others waiting it out. Rob Wheldon dominated the early part of the race for United Autosports but elected not to pit at the first full course yellow and was dealt a stroke of misfortune as a Wheldon came in for a regular stop. Right at that moment, the safety car was called for multiple incidents on track, closing the pits and forcing the race leader to pit for an emergency service and having to come back for another stop that lost the United team a lot of time.

With this misfortune for the reigning champions, it soon became apparent nobody would be in a position to beat DKR Engineering at Paul Ricard. The pole-sitting Duqueine was simply too quick in the hands of Laurents Hörr and bronze-rated driver Jean-Philippe Dayraut, even with strategy problems to be solved. The pair finished well clear of championship leaders Cool Racing of Matt Bell, Niklas Kruetten and Nicolas Maulini while Rob Wheldon, Eduard Cauhaupe and Wayne Boyd fought back to finish third in the delayed United Autosports car.

Ollie Hancock dominated the opening proceedings in the GTE class in his pole-sitting TF Sport Aston Martin before his lead was virtually wiped out by the safety car, diminishing the chance of a victory against the Porsches and Ferrari’s.

The most notable incident came when Manuela Gostner’s Iron Lynx Ferrari and Michael Fassbender in the #93 Proton Porsche tangled mid-way through the second stint, taking the Ferrari out of the race, and the Porsche out of contention after a lengthy repair. both cars out of contention for victory. 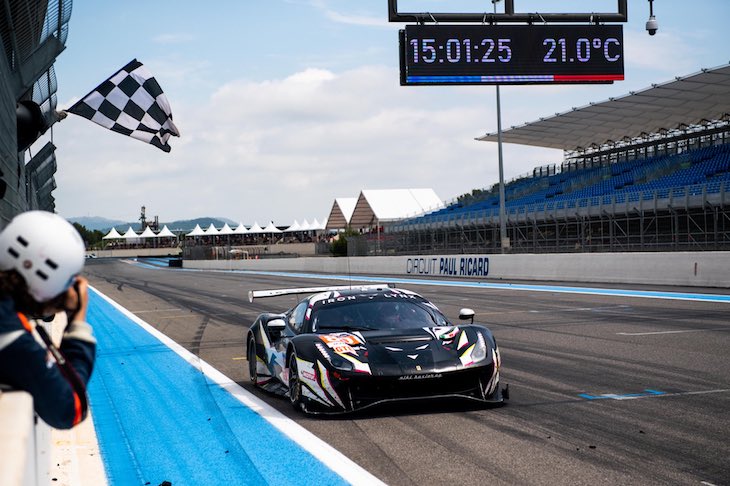 Iron Lynx was able to celebrate victory at the end of the 4-hour race as Matteo Cressoni, Rino Mastronardi and Miguel Molina took their second win and solidified their grip on the championship.

The Spirit of Race Ferrari of Duncan Cameron, Matt Griffin and David Perel finished second, just fifteen seconds adrift after a hard late-race charge from Matt Griffin but comfortably ahead of the AF Corse Ferrari of Francois Perrodo, Emmanuel Collard and Alessio Rovera, Rovera just out of reach of a late-race Gimmi Bruni charge in the #77 Proton Porsche that almost bagged hi the final podium spot.