V-Max Racing, organisers of the package that includes Supercar Challenge, have added some useful and important detail to the weather-related events at Spa Francorchamps last weekend that led to the on-the-spot cessation of their weekend’s action. 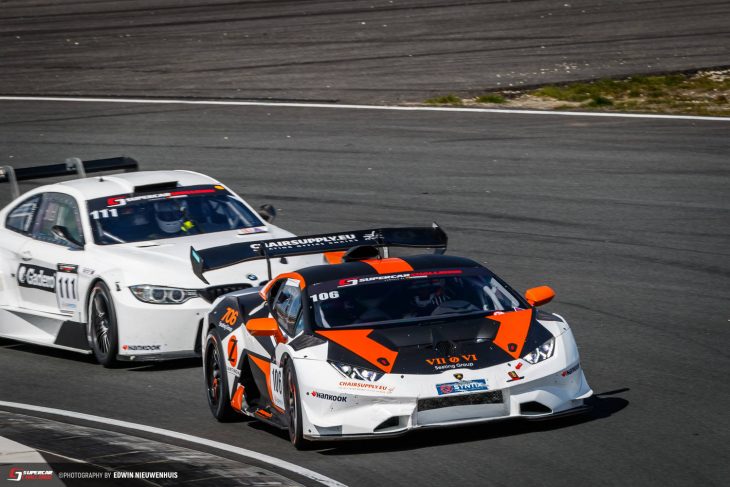 The issues started with an hour-long cloudburst over and around the circuit as the teams were preparing for track action.

After the rain subsided the track was initially cleared for running to begin but soon after a support Series free practice session began, water began to seep through the armco on the old pit straight. 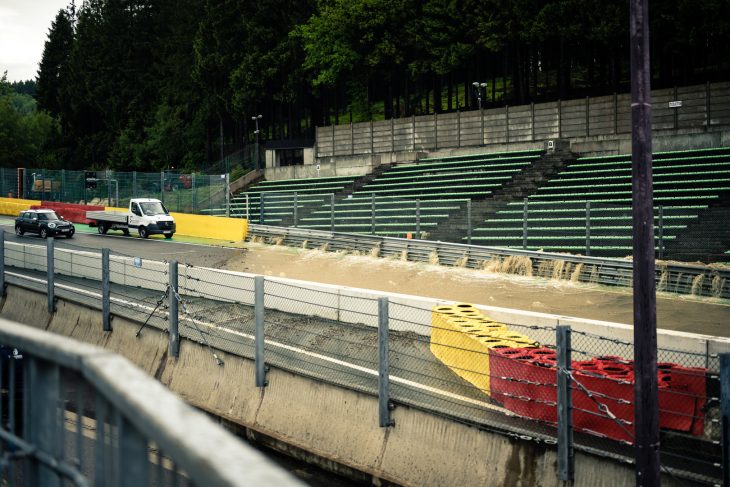 That escalated rapidly to the torrents of water and 100 metre + mudslide seen in multiple video clips with the circuit’s drainage systems rapidly overwhelmed, three tunnels (At La Source, the paddock access vehicle tunnel and pedestrian tunnel at Eau Rouge), flooded with the track, run-off area and tunnel damage resulting. 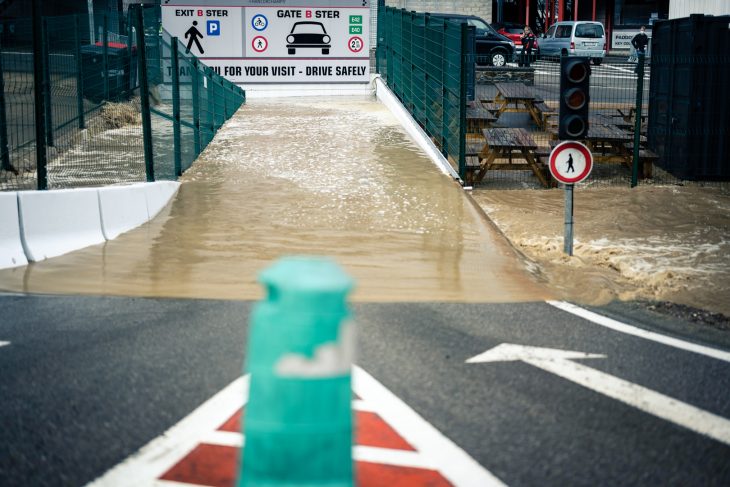 That led to an immediate cessation of the racing weekend with efforts then concentrated on clear up and repair.

Happily, the news is not nearly as bad as some early reports indicated.  All three tunnels have been cleared and minor repairs are underway with no apparent structural damage.

The track surface was heavily damaged after La Source with large holes on the grassed run-off areas.

30 metres of the track has already been fully re-surfaced with the track now cleared for use. 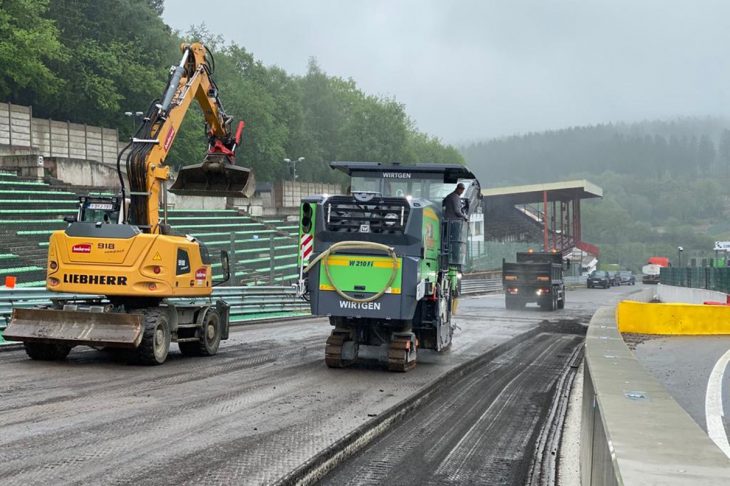 Happily, for the V-Max racing package teams they already had another date on the calendar at Spa, they’ll return on October 16/17.