A standalone Instagram post is hardly the in-depth confirmation that we’d prefer, but the rendered image of a 1999 BMW V12 LMR with “We Are Back – Daytona 2023” posted by a clearly rather happy Markus Flasch, CEO of BMW M, with responsibility for BMW Motorsport, indicates approval of a factory LMDH prototype programme, the first top-class prototype from the Bavarian marque since their Le Mans winner and a step back up to prototypes after the successive programmes with the M6 and M8 in GTE/ GTLM. 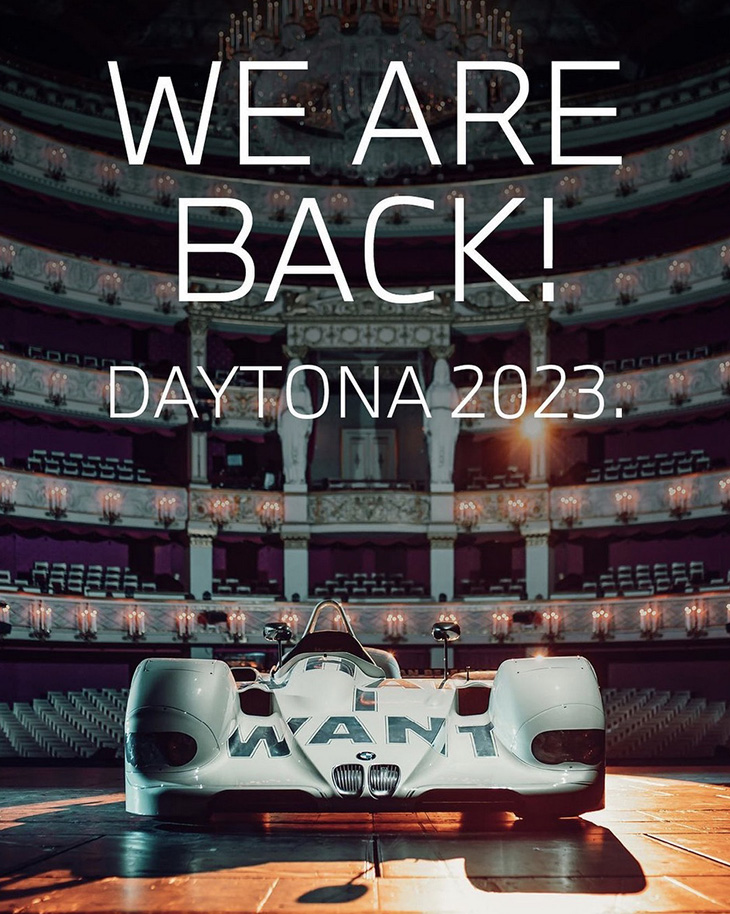 Other than the fact that the post states the programme will start at the Rolex 24 in 2023 there are no further details available at present.

Flasch confirmed in recent days the accuracy of stories that DSC has been running for some weeks, that an LMDH programme was under evaluation.

Now we await formal confirmation of a programme, details of the car, and the intended full season programme(s).

Meanwhile, the picture in the Instagram post is not a render, in fact, it came from this shoot of Jenny Holzer’s BMW V12 LMR ‘Art Car’ (thanks to Paul Marquardt, no relation to Jens!) for the tip!