BMW Junior Team trio Daniel Harper (20), Max Hesse (19) and Neil Verhagen (20) won their first victory in the Nürburgring endurance series in the BMW M6 GT3 on Saturday at the 52nd Adenauer Rundstrecken-Trophy, the fourth NLS race of the season.

The BMW crossed the line in first place after 28 laps on the 24.358-kilometre combination of Nürburgring short connection and Nordschleife.

With an average age of 19.6 years, the BMW Junior Team is the youngest winning team in the history of the Nordschleife series.

Vincent Kolb and Frank Stippler in their Audi R8 LMS from Phoenix-Racing finished in second place. Axcil Jefferies and Michele Di Martino were delighted about their first podium place for the Lamborghini GT3 Evo from Konrad-Motorsport in a race that the team could have won but for a right rear puncture when Jeffries was leading convincingly.

Pole position was secured by Patric Niederhauser in the Audi R8 LMS from Lionspeed by Car Collection Motorsport. The Swiss driver set a new, unofficial lap record with a time of 7:52.374 minutes. 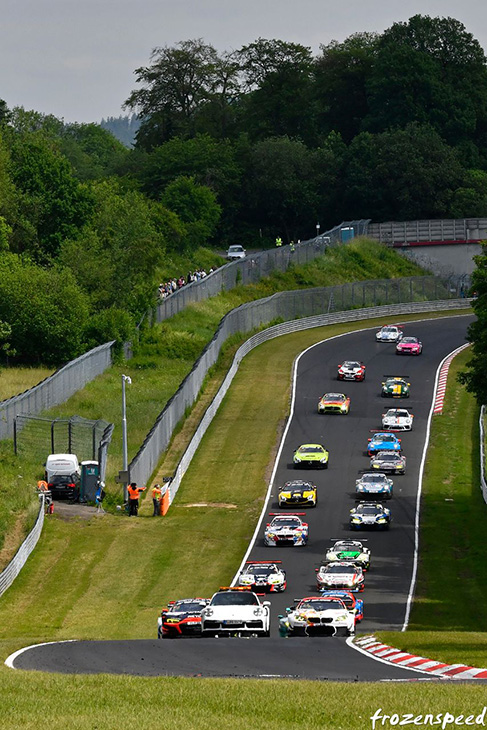 Niederhauser dominated the first third of the race. His colleagues Rocco Lorenzo, Patrick Kolb and Milan Dontje could not though keep up the momentum later on. In the end, they would finish seventh.

The Konrad duo took the lead for a while until a puncture slowed Jefferies and Di Martino’s drive for the time being. On lap 16, Harper took the lead in his junior BMW and never gave it up until the finish line. 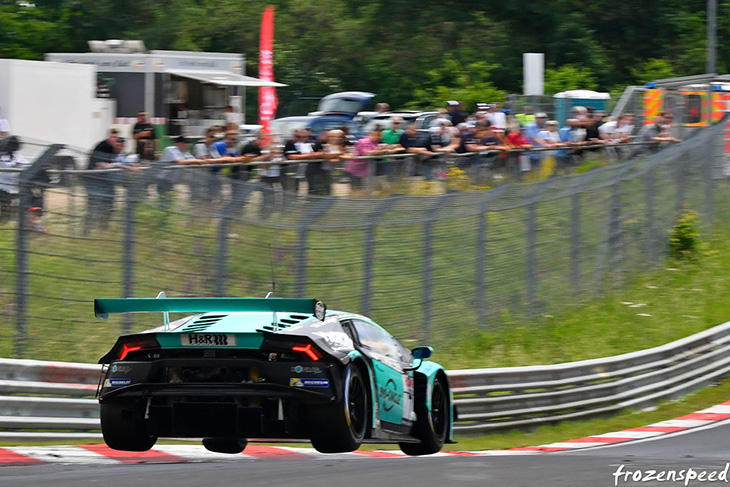 “Our first NLS victory feels awesome,” said Hesse. “We already had solid speed in the last few races, but it was not rewarded. The only downer is that ‘Gustel’ wasn’t there today. ”The experienced BMW works driver Augusto Farfus is one of the team’s mentors and has so far competed alongside the three youngsters. Hesse continued: “We owe him a lot and learned an incredible amount from him. Now our goal is to just keep going. We still have a few races on the program and want to improve further. ”

The Phoenix duo Kolb / Stippler was not dissatisfied with second place. “Even if some top cars were missing today, in the end, it doesn’t matter whether you fight six or 20 strong opponents,” said Stippler. “Especially in the early stages, the power density was enormous and I had to make a lot of effort to be upfront.” Kolb, who took over the cockpit of the Audi R8 LMS in the second half of the race, added: “I saw where during Stippi’s stints the BMW had advantages and we disadvantages. They just had a little more speed out of the corners. My stint was anything but easy and I’m very happy with second place. ”

Jefferies and Di Martino were satisfied with their second podium in the Lamborghini era for Konrad Motorsport. “I hope that the knot is finally broken,” said Di Martino. “We have had a really strong performance for a few races, which unfortunately was not reflected in the results,” said Di Martino. “And we had a puncture today too – so I have mixed feelings. In the end, however, the joy of third place prevails. ”

At the finish, the two NLS returnees, Jakub Giermaziak and Frank Kechele in the Mercedes-AMG GT3 from GetSpeed ​​were flagged as third. A time penalty for a Code 60 offence though threw the duo back in sixth place in the ranking, Giermaziak though would still the fastest lap with 7:57.464 minutes.

In fourth place, the Italian Dinamic Motorsport team celebrated a good debut in the NLS with drivers Michele Beretta and Adrien De Leener in their Porsche 911 GT3 R. Fifth place went to Stefan Aust, Johannes Stengel and Nico Menzel, who once again attracted attention in the start phase with their fast times in the Huber-Porsche. The trio was also the best-placed Pro-Am vehicle in the GT3 class. For the third time in a row, Janine Shoffner and Moritz Kranz triumphed in the Am class in the GetSpeed ​​Mercedes-AMG GT3.

The #34 Walkenhorst BMW had run well up the order until David Pittard pitted with a drivetrain failure – the car retired. 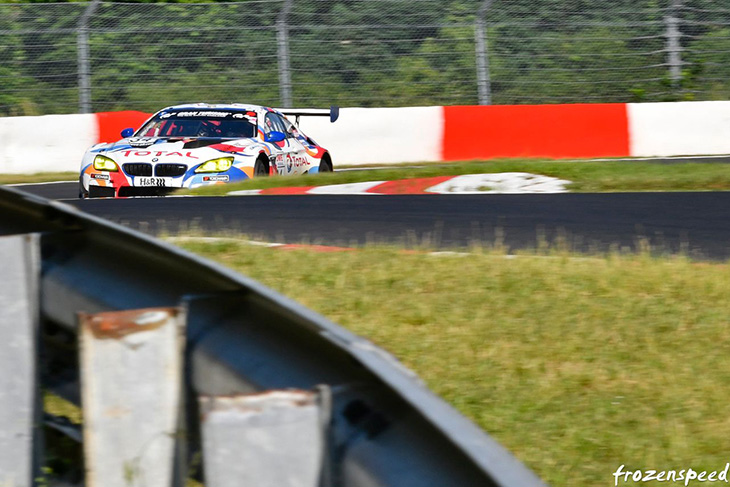 In the championship, last year’s winners Danny Brink and Philipp Leisen lead the table, who, together with Christopher Rink, clinched the third class victory in the V4 (VLN production cars up to 2,500 cc) for the Adrenalin Motorsport Team Alzner Automotive. Daniel Blickle, Tim Scheerbarth and Max Kronberg made up ground, who with the Porsche 718 Cayman GT4 CS from W&S Motorsport were in the lead in the strong Cup 3 class in the end. For the trio, the second victory in the third race brought a good result of points. The other victories in the cup classes went to Teichmann Racing (KTM-X-Bow) and Tobias Vazquez (BMW M2 CS Racing).

After three victories in the V5 class (VLN production cars up to 3,000 cc displacement), Kaj Schubert and Lucas Daugaard from Denmark are in the lead in the junior classification, driving a Porsche Cayman under the application Team Young KRS Danes. In the NLS Speed Trophy, Phoenix-Racing with the Audi R8 LMS # 5 caught up with the leading Porsche 911 GT3 # 911 from Manthey-Racing. 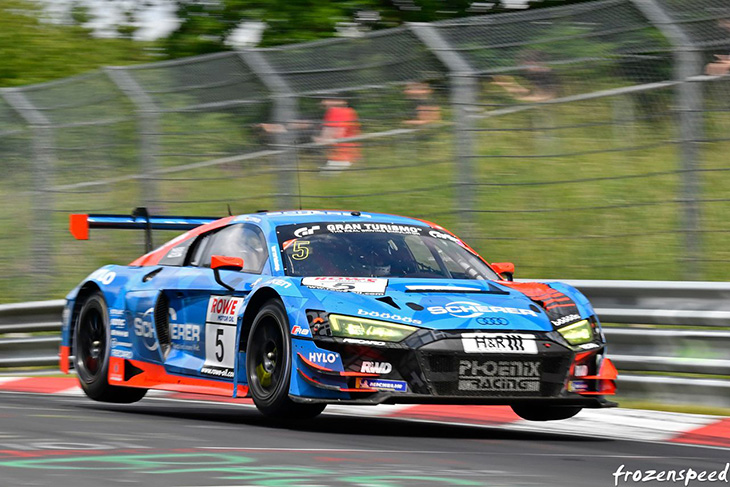