After the WM adventure ended in 1989 it was a further four years before Peugeot’s name appeared anywhere on the entry list for the Le Mans 24 Hours, and once again it was Gerard Welter at the helm.

The effort this time came under the Welter Racing banner and would use Peugeot turbo 4 cylinder power for over a decade with some soaring highs and one terrible low.

After a grid bolstering effort in 1992 with a little Peugeot Spider, the effort were back in 1993 with a simple but effective single seater, single piece bodied car. 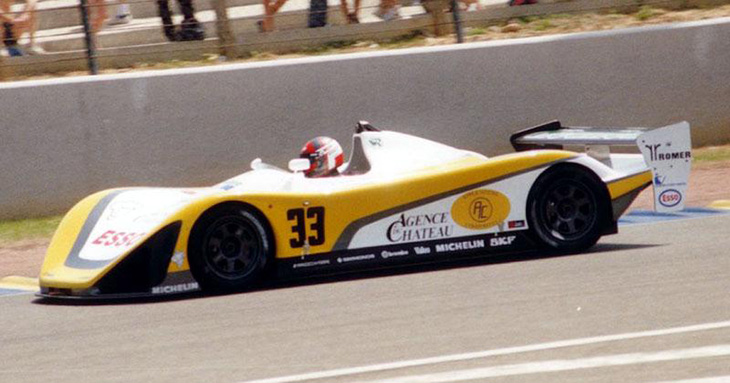 In the era of woeful reliability for lightweight prototypes the WR LM93 would take a class win, 24th overall (above) before a two car effort the following year saw a perhaps more representative double dnf for the junior LMP class. 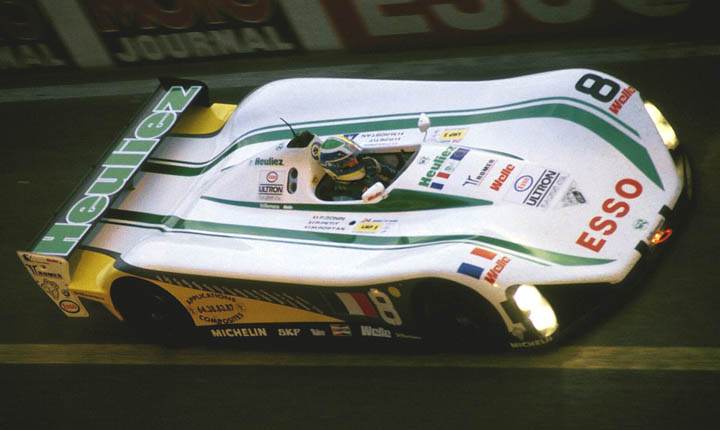 1995 saw a soaring high for the very rapid little cars, William David and Patrick Gonin would lock out the front row in the pair of LM 95s (pole that year was a 3:46) the pair would lead proceedings at the start but again neither would finish, the #8 exiting proceedings after a dramatic accident for Gonin who would flip at the Mulsanne Kink after losing control in the wet. 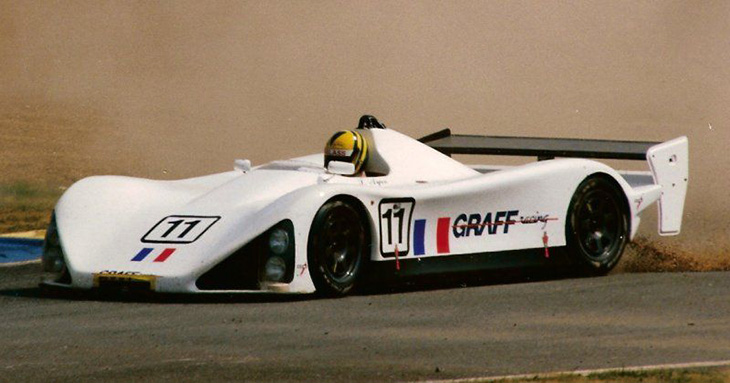 1996 would see more disappointment, including for Graff Racing who would fail to prequalify with an LM94 despite the best efforts of David Terrien and Soheil Ayari. The Welter Racing entered pair would qualify but would again DNF.

The deep low would come in 1997 with a terrible accident in pre-qualifying for the #2 LM97, Sebastien Enjolras suffering fatal injuries after the bodywork separated, the car getting airborne and landing on top of the barriers. The cars were withdrawn from the race. 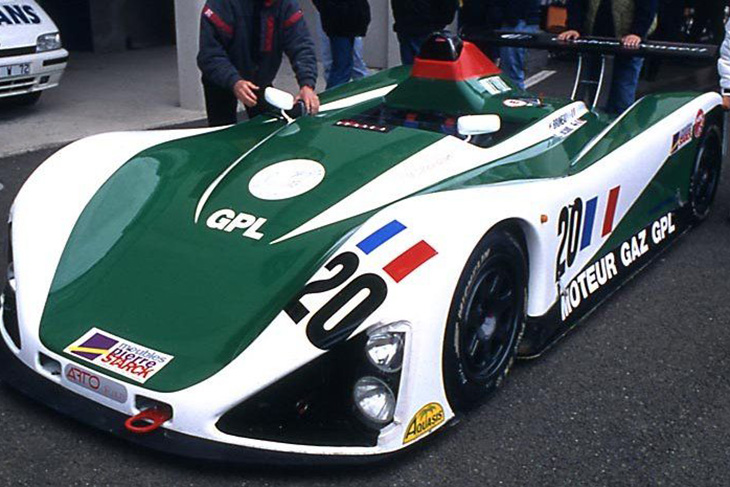 1998 would see the last attempt by the team with the original design of WR, the single piece bodywork outlawed after the Enjolras accident. two cars would attempt pre-qualifying, both now classified in LMP1, with one fuelled by LPG, neither would pre-qualify.

2000 saw the WR team arrive with a new designing LMP675, the LMP entered under both the Welter Gerard and Rachel Welter (wife of Gerard) banners, and there was a return to a class podium from the #36 for Richard Balandras, Sylvian Boulay and the evergreen Yojiro Terada. 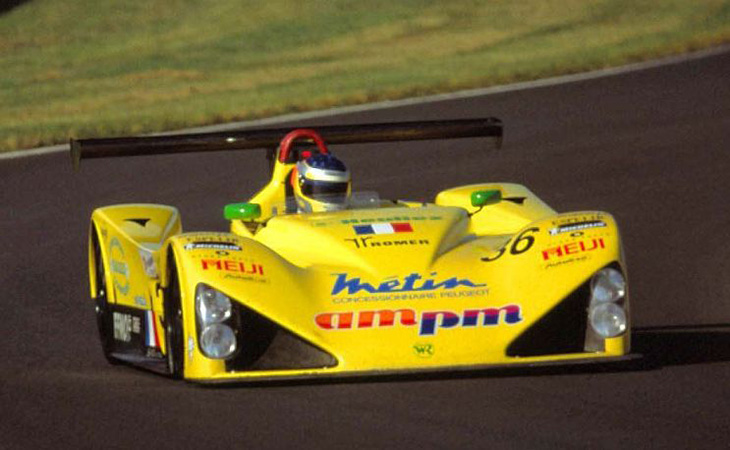 That would be the first of a hat trick of second place class finishes in LMP675, 2001 again seeing Terada on the podium, this time with Jean-Rene de Fournoux and Stephane Daoudi and then again in 2002 when de Fournoux and Daoudi would be joined by Jean-Bernard Bouvet.

The last Peugeot-powered success for the WR concern would come in 2002 and yet another second place in class – by now in LMP2, Yojiro Terada with his last appearance on a Le Mans podium alongside Olivier Porta and Patrice Rousell in another somewhat revised WR. 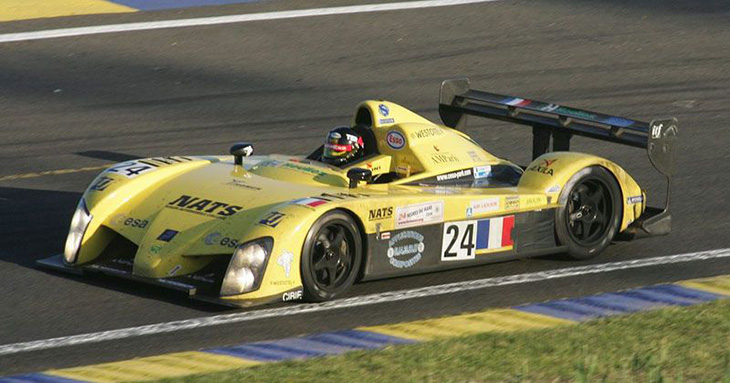 New adventures beckoned for the concern, more than one attempt to get to LMP1 and, from 2008 a short lived LMP2 programme with a new Zytek-engined car, but the marque will forever be remembered for their Peugeot links.

The end of the 20th century saw a French sporting hero enter a different era in a glittering career as Henri Pescarolo moved from driver to team owner.

After looking after a succession of ‘La Filiére’ efforts at Le Mans in the late 1990s, 1999 saw the first effort under the Pescarolo banner, 1999 his final year as a diver with a Porsche engined Courage under the Pescarolo Promotion Racing Team banner.

2000 though saw a significant step-up from the effort, Pescarolo Sport the adopted banner and the Courage chassis now powered by a Sodemo-tuned and prepared 3.2 litre V6 turbo engine. The first season would see the team with the old C52, from 2001 they had a pair of new C60 chassis available.

The team would use successively upgraded versions of the chassis and engine with some success from 2000-2003.

Aside from Le Mans there were race wins in the John Mangoletsi-run Sportscar racing World Cup and FIA Sportscar Championship in a succession of part-season efforts, A race win too in the first ever European Le Mans Series in 2001 at Estoril and runs in selected races in the 2000 and 2001 ALMS.

The primary focus of the effort was though on Le Mans with Pescarolo fielding an array of French talent. 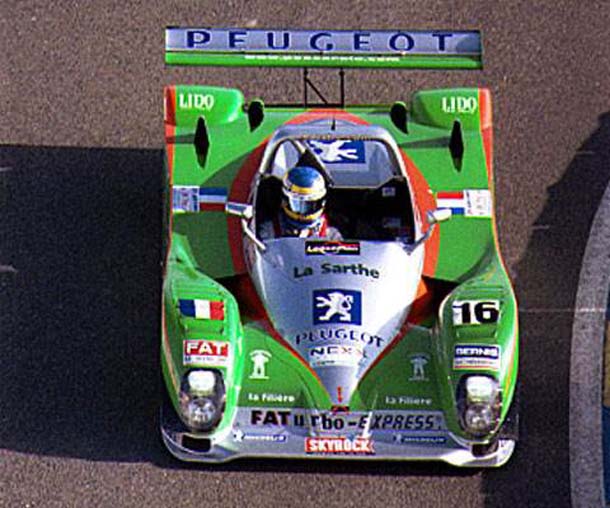 2001 was a race of attrition that saw the team enter a pair of C60-Peugeots, the #17 Pescarolo-run Courage finishing 13th – behind a number of GT cars – still 4th in LMP900! The sister car would fail to finish. 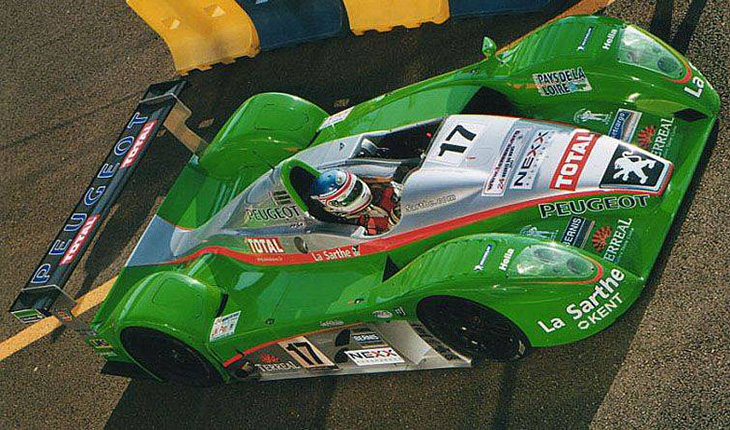 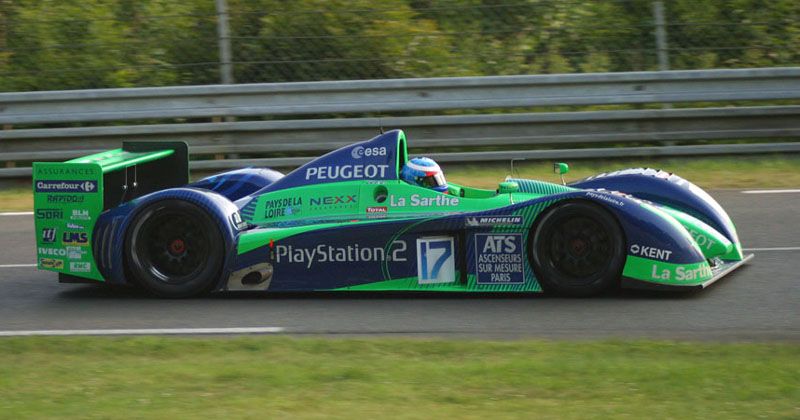 There would be a final hurrah for the old car before a new plan emerged for the Le Mans Series era in 2004. A Peugeot-powered car was fielded for the Le Mans 1000km in late 2003 on the Bugatti Circuit, it came home second to the Team Goh Audi. 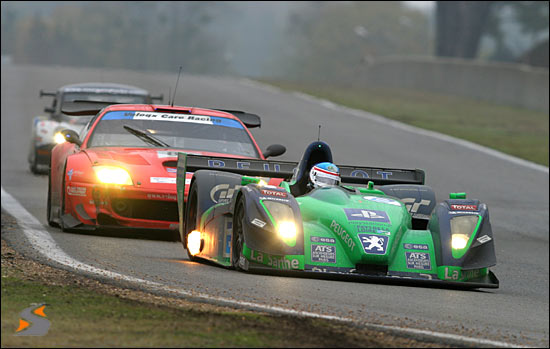