Toyota factory driver Sacha Fenestraz has been unable to race in Japan all year due to long-standing visa issues. But he’ll be seeing his first competitive racing action in 2021 this coming weekend at the upcoming IMSA Michelin Pilot Challenge Lime Rock Park 120, driving the number 14 Toyota GR Supra GT4 for Riley Motorsports under the TGR Latin America banner.

Fenestraz, who was raised in Argentina and holds dual French and Argentine citizenship, will partner Dominican driver Alfredo Najri. Najri has piloted the number 14 Supra to three top-ten finishes in five races so far this season, with a best finish of seventh at the season-opening round at Daytona International Speedway. They’ll be part of a 36-car entry list at Lime Rock, which features 22 GT4 cars in the Grand Sport class. 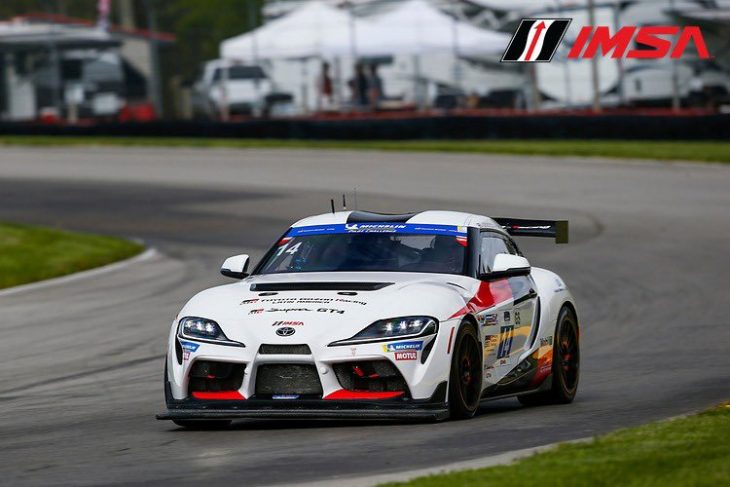 After winning the 2019 All-Japan Formula Three Championship, Fenestraz stepped up to the GT500 class in Super GT and to Super Formula in 2020. With TOM’s, Fenestraz scored four podiums in his first season in Super GT’s premier category. With Kondo Racing, he scored a third-place finish on his debut in Super Formula.

In 2021, Fenestraz was due to stay with TOM’s in Super GT, moving from the au (KDDI) sponsored number 36 car to the KeePer number 37 car alongside Ryo Hirakawa. But after leaving Japan in the offseason, he’s been unable to attain a visa that would allow him to return to his work and his home in Tokyo, where he’s lived since 2019.

In the meantime, Fenestraz has been serving as the reserve driver for the Jaguar Racing Formula E team and is hoping to return to Japan as soon as August, right around the conclusion of the upcoming Olympic Games in Tokyo. If he can attain a visa by then, he could drive the remaining five rounds of the Super GT season, as well as the final three races in Super Formula with Kondo Racing.