That pole effort was a significant recovery by the Argentinian driver after missing his braking point in the early stages of the quick-fire session and blowing the chicane on what should have been his optimum lap.

The session had been led briefly by both the #708 Glickenhaus of Pipo Derani and the #36 Alpine of Nicolas Lapierre before the Toyota attack re-grouped with any hope of a response evaporating after a Red Flag interruption with under three minutes to go left Lapierre, Derani and Richard Westbrook just one shot to respond, none able to convert the opportunity into an improvement in grid position, the Alpine third (0.2 behind the Toyotas) ahead of the #708, a further half a second back.

In LMP2 it was an excellent first WEC pole position from Team WRT’s Charles Milesi, the young silver-ranked driver posting a 1:38.527 that was just good enough to fend off the last gasp effort from United Autosport’s Filipe Albuquerque, the gap between the #31 and #22 just 0.030 at the end of the session as Albuquerque fell just short of converting the last gasp one-shot effort post red flag to grab pole. 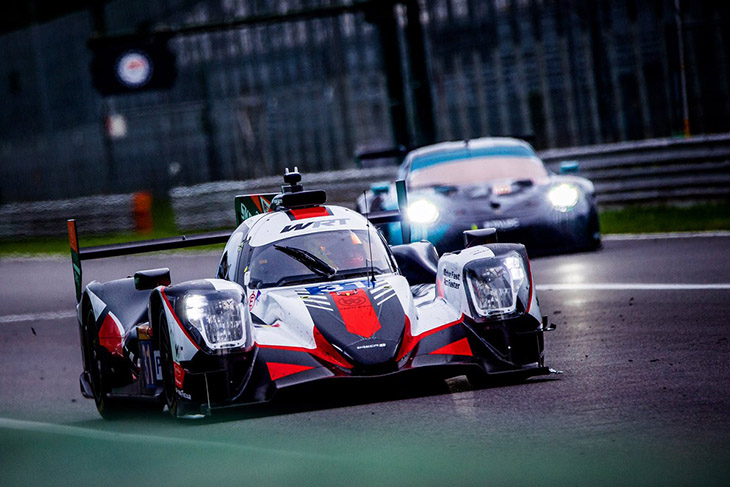 The Red Flag drama saw Jota’s strategy go disastrously wrong after the team opted to change tyres on both cars mid-session, Stoffel Vandoorne in a hurry to get a flier on the board and making a big mistake over the kerbs at the exit of the Lesmos, the #28 spinning and impacting the Tec-Pro barriers hard, the Belgian unhurt but the car posting no lap-time.

Anthony Davidson managed to avoid the spinning sister car as he too was rocketing round to start a first flier but at least was able to take advantage of the one-shot effort at the end of the session to post sixth fastest time behind Risi Competizione’s Felipe Nasr.

In the earlier GT session, it was a battle royal at the head of both classes. Kevin Estre nailed his qualifying lap to put his #92 Porsche 911 RSR-19 on GTE Pro pole with a lap in 1:45.412 that was just 0.065 of a second ahead of the charge from the #51 Ferrari of Alessandro Pier Guidi. 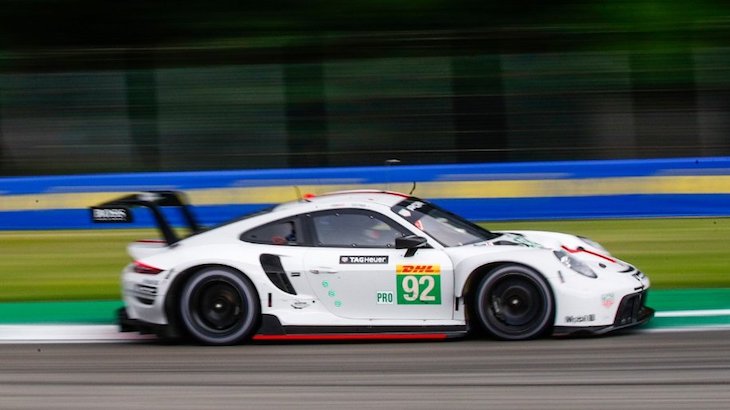 Gianmaria Bruni and Miguel Molina would repeat the Porsche/ Ferrari order to complete the class grid.

In GTE-Am Ben Keating ran a very spirited session to claim an initially hotly contested pole position with a lap in 1:47.272 in the #33 TF Sport Aston Martin. 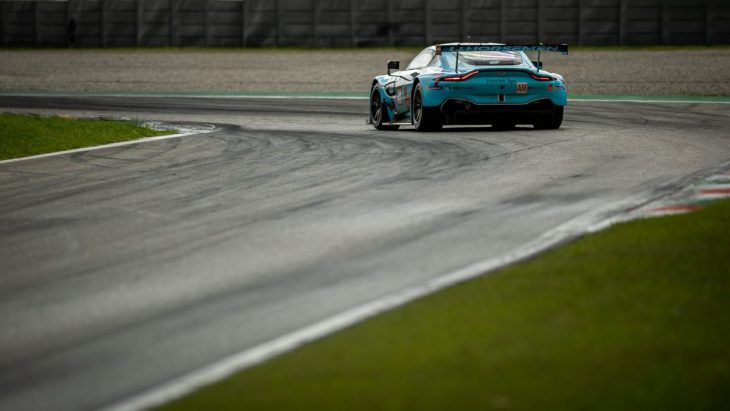 That was eventually good enough to fend off a hard-charging Francois Perrodo in the #83 AF Corse Ferrari by around a quarter of a second. (Update: The #83 was later excluded from qualifying with the car’s ride height too low, revised qualifying results follow below)

Roberto Lacorte would claim the third slot on the class grid in the #47 Cetilar Ferrari a tenth clear of Egidio Perfetti’s #56 Project 1 Porsche.

The #60 Iron Lynx Ferrari, damaged at the end of FP2, would make the session but all was clearly not well with the car, Claudio Schiavoni pitting early on, the car will start from the back of the grid with Schiavoni also set to serve a drive through penalty at the start of the race, imposed aft he hit the rear of the #36 Alpine at the end of FP3 after failing to notice a slow zone.

The other troubled Ferrari, the #71 Inception Racing 488 GTE Evo is a confirmed withdrawal after accident damage on Saturday morning.