Audi Sport has revealed the Evo II version of its hugely successful R8 LMS GT3, set for customer deliveries for the 2022 season and a racing debut in factory-backed hands later this year.

The new race car will be on display in the paddock for the first time at the Spa 24 Hours.

“The new evolution meets the needs of our customers even more,” says Chris Reinke, Head of Audi Sport customer racing. “The majority of the innovations reflect the wishes that the teams have expressed to us.”

Key changes include an aero package that sees more of the car’s downforce generated by the new rear wing instead of by the floor. 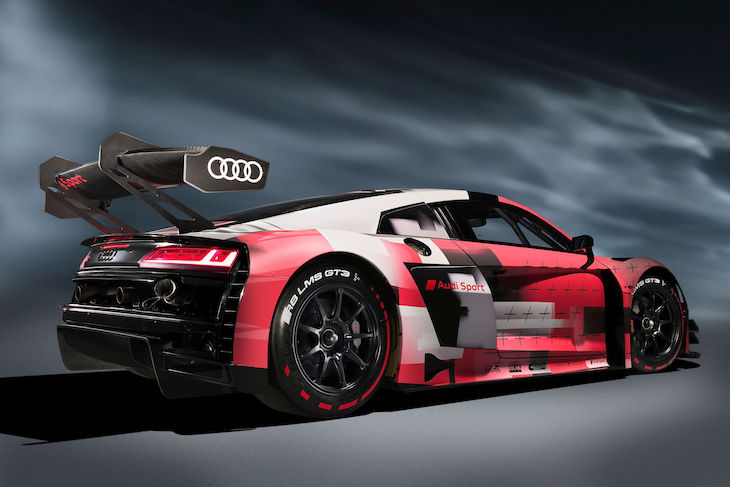 The engine features a new intake system with improved torque characteristics whilst the suspension is optimized by four-way adjustable dampers for the first time.

Audi hope that the new version of the car will add substantially to a record of racing success for the various iterations of R8 GTe3 thsat have secured 83 drivers titles worldwide as well as 106 other championship successes, plus eight overall victories in 12-hour races and 13 in 24-hour races.