There was time too to talk about prospects for the forthcoming 24 Hours of Le Mans, the end of the 2021 ELMS season and the LMDH regulations.

First though the reaction from Panis to that Monza win!

“Finally! After running out of luck, today our time has come. But above all, the work finally paid off. Our three drivers did an incredible job on track, and I would like to warmly congratulate the whole team as we won the race all together. 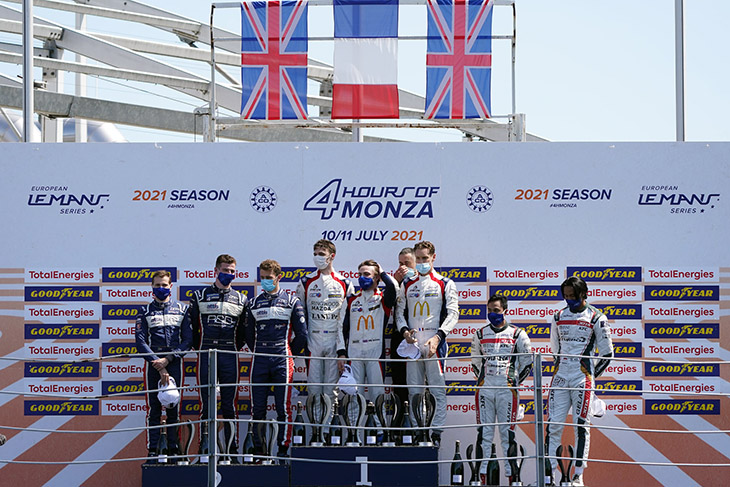 “We were not so competitive at the beginning of the week in terms of balance, but the engineers were able to bounce back perfectly to give the team a very good car on Sunday. 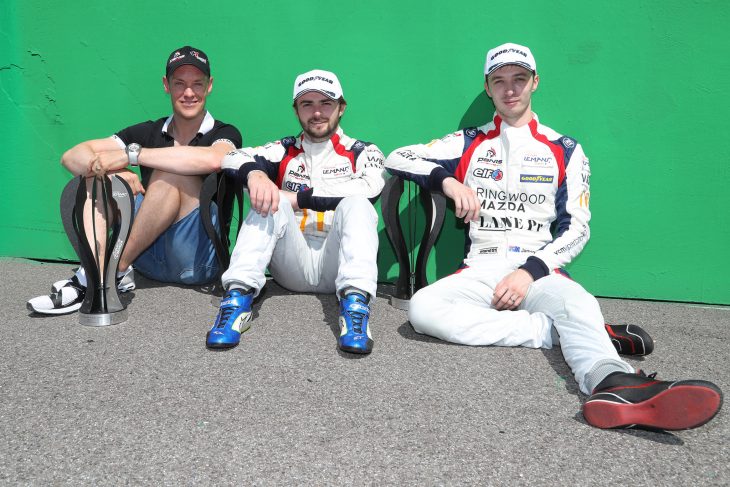 “As usual, thanks to great pit stops done by the mechanics, the strategy made a big difference. I would like to thank my partners Sarah and Simon Abadie and Stephane Dilouya, who fought alongside me to achieve this result. Our partners have also always supported us, and we must dedicate this first victory to them. It’s a very emotional moment. I am proud of everyone as we already leave the Italian soil focused on the Le Mans 24 hours.”

That was the emotional response to a long-awaited win in the ferociously competitive ELMS, contrast that with the tone pre-race:

“I am quite happy with the results of our team this season” said Olivier. “We took second place in Barcelona but we lacked luck afterwards: at Ricard, the car was hit by a debris and this ruined our race while we were aiming for a podium finish. At the Red Bull Ring, we had the pace for the win but the rain caught us by surprise.

“One thing for sure is that you always need to be on top of your game if you want to succeed in this Series: you can see that there are 8 cars within 6 tenths of a second in qualifying at Monza! That’s heavy competition right there. I am actually a little concerned when I hear competition going into wind tunnels to improve their LMP2 aero performances. The rule book allows them too, yet not all of us can afford such developments. The ACO needs to look into this shortly otherwise we won’t be able to match that cost inflation long.”

After Monza, Panis Racing will be headed to Le Mans: “We are already in preparation mode for that race” said Panis. “We are going there to win although I would be happy with a podium finish like the one we accomplished last year. Actually, it would be great if we could take our first win there or on any other track this season. I want my drivers and mechanics to get that reward… they fully deserve it”

Panis is still interested in having races outside of Europe afterwards: “I am growingly interested in racing in the US” he said. “Actually, when I say “we”, I really mean our drivers and our sponsors. Of course, we are still keen on the Asian Le Mans Series… our last experience with them was memorable”.

Beyond 2021, Olivier Panis indicated that he was interested in the LMDH set of regulations.

“But first let’s talk about that new Peugeot. What a beautiful car! Well done to them!” said the Frenchman. “We won with Oreca and the Peugeot 908 back in the day at Sebring. The new rulebook makes me believe that such a thing is possible in the future. If you have a strong and well managed team like we have today, I am sure it is still possible.

“Of course, you can’t do it on you own so you need the support of a manufacturer to that effect. I have been in discussions with some of them. There is clear interest on both parts. It’s something we could pursue in the future”.

As you’ll read on DSC in the coming days the interest from Panis Racing in LMDH and Hypercar is widespread amongst the current LMP2 crop – There’s some heavy lifting of the financial side to come if those opportunities are to come to fruition!