Jaussaud’s career focused on sportscars after coming up through the single-seater ranks, including the 1972 European Formula 2 Championship in which he finished as runner-up to Mike Hailwood having won three races in the season.

After a couple of unsuccessful attempts at Le Mans in the mid 1960s he became a regular contender for an 11-year spell from 1973 scoring not only the two overall wins but a further two podiums and a class podium too. 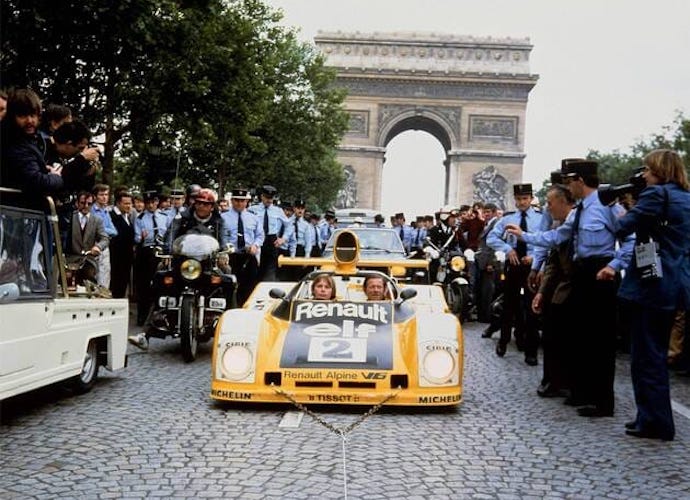 His first win, paired with Didier Pironi in 1978 made him a household name in France, their Renault Alpine A442B the first French car to win for four years.

He would repeat his success just to years later, again in a French car, this time the Ford Cosworth powered Rondeau M379B alongside the car’s maker Jean Rondeau (pictured top).

He would stay with Rondeau until 1983 with no further success, but his place in motorsport history was secured.

Beyond Le Mans, there were racing exploits in other prototypes, GT cars and as a regular competitor too in the Spa 24 Hours in a variety of machinery