The disastrous flooding which struck parts of the Netherlands, Belgium and Germany last week claiming over 200 lives and with around 150 people still missing will have long-lasting effects on the region’s population and infrastructure with roads, railways and homes severely impacted. 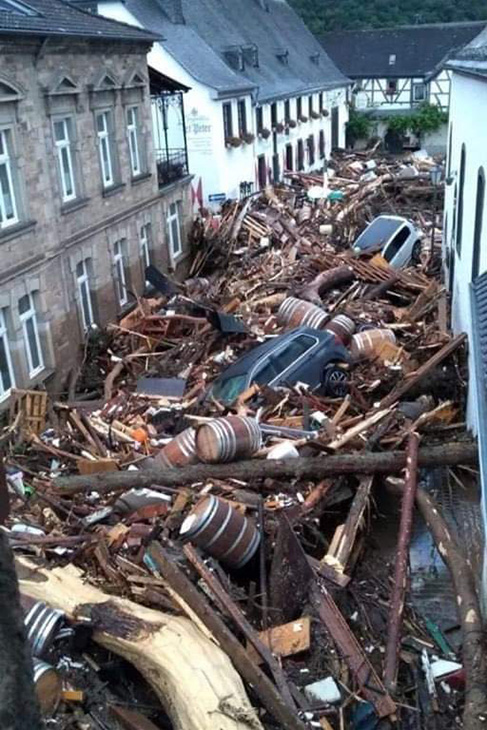 For now, the major efforts on the ground are in immediate recovery and in support for the local populace.

And it’s in that regard that the Nürburgring has been at the centre of the efforts of the emergency services and regional authorities, the circuit facilities now serving as a hub for all the required services and as a centre too for the collection, sorting and distribution of emergency aid and charitable donations of food, clothing and more or less everything else to be distributed by road and air. 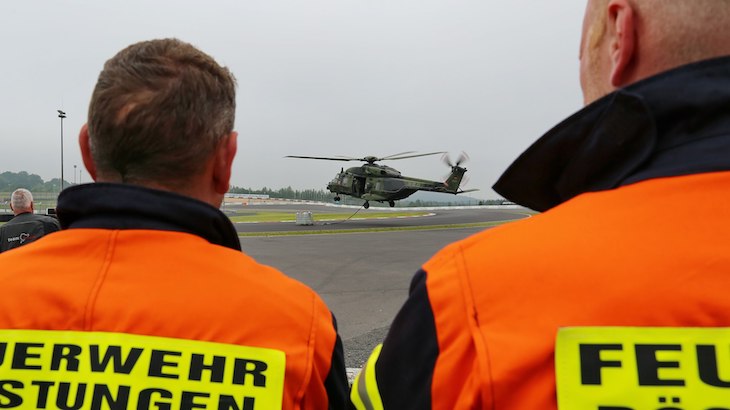 Our friend and colleague Jochen Van Cauwenberge (aka Frozenspeed) took his turn in the relief operations centre last week – see our separate story for the charity auction that he is undertaking to add to the fundraising efforts to assist badly impacted residents of the region. 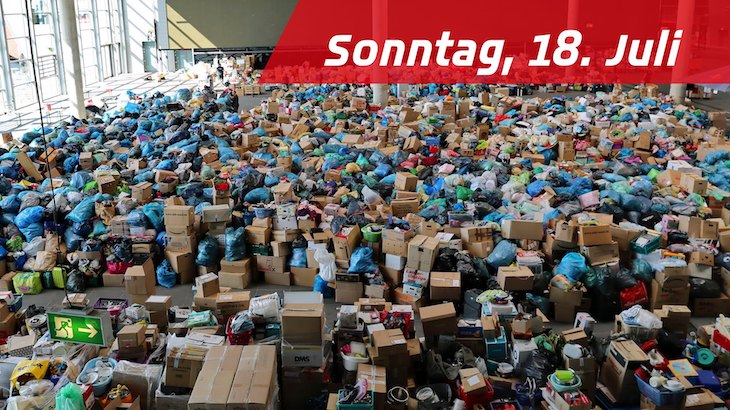 It’s been a huge effort bit, as can be seen below, the vast array of donations was sorted very rapidly with distribution to those in need now well underway. 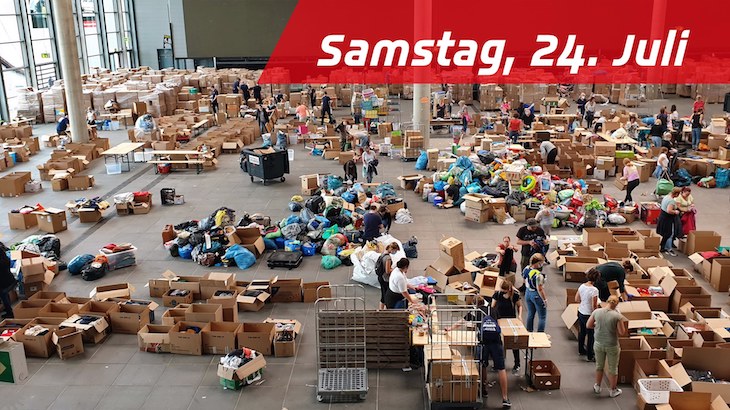 With the Nürburgring facilities in rather more urgent use than that required for motorsport, a number of programmed events have been cancelled or postponed including the ADAC GT Masters event due on 7-8 August.

Porsche meanwhile has donated a million Euros to the effort. The money is being used to provide emergency aid for flood victims and to help fund the work of the various rescue organisations in the affected regions with further efforts asking its employees for private donations.

“The images from the flood-hit areas have left me shaken. Our thoughts go out to all those who have lost family or friends in this catastrophe or who have lost their homes,” said Oliver Blume, Chairman of the Executive Board at Porsche AG. “It is amazing to see how people have come together in these extraordinary circumstances. Relief organisations are playing a key role in the response to the disaster. We are supporting these efforts so that additional support can reach people on the ground as quickly as possible.”