PK Carsport by Heinz’s #81 Audi seized its second consecutive win of the inaugural Fanatec GT2 European Series season to close the championship gap in a thrilling first encounter at Spa-Francorchamps.

The result sees Peter Guelinckx and Bert Longin close to within 11 points of Pro-Am class leaders, Mark Patterson and Anders Fjordbach. With just three GT2 races remaining this season, the fight is now guaranteed to go down to the wire at the Paul Ricard finale.

Meanwhile, in the Am class, Christoph Ulrich continued the fine form that secured double pole positions in qualifying yesterday to take a fourth Am win of the season in the #7 Sportec Motorsport KTM X-Bow, and put himself within touching distance of the first ever GT2 European Am class crown.

With Pro-Am championship leaders Mark Patterson and Anders Fjordbach forced to miss qualifying yesterday due to damage sustained in free practice, the PK Carsport crew knew race one would be their prime opportunity to close the points deficit, with the former starting from the very back.

Guelinckx got the #81 car’s charge off to a strong start, slotting into second behind the #7 pole sitting Sportec KTM and keeping Ulrich in his sights ahead throughout the opening stint. 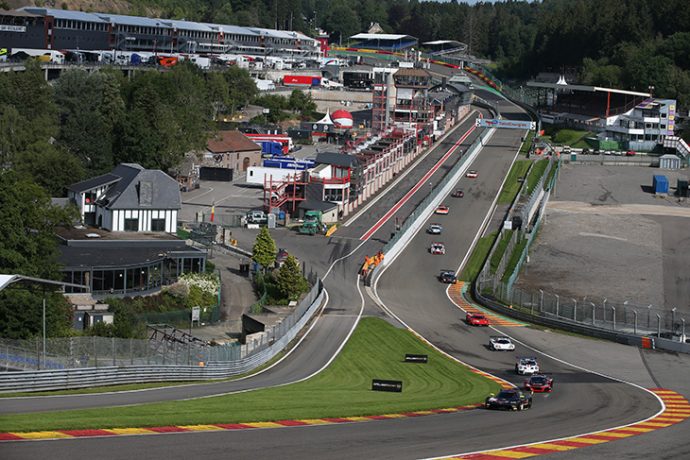 Whilst the top six retained their starting order, the High Class Racing Audi was on the move, Patterson making a stellar start to climb from last to seventh on the opening tour and up to sixth ahead of the pit stop window.

Just as that was approaching, however, a heavy off for Michael Bleekemolen in the #23 Reiter Engineering KTM X-Bow at Pif-Paf resulted in a lengthy safety car period that would prove pivotal for the race result.

Patterson seized the chance to gamble on an early pit stop, only for Fjordbach to get picked up by the safety car on exiting the pits. A right rear puncture whilst still under full course caution further hampered their comeback charge and ultimately left the #33 car one lap down. 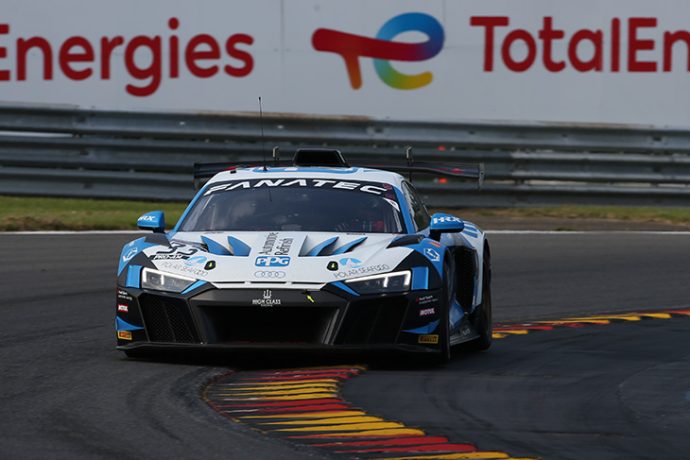 After 20 minutes under yellow, Longin, now in the #81 Audi, was planted to the rear of Am class-leading Sportec Audi at the restart, duly seizing the lead into La Source before making good his escape with 10 minutes to go. 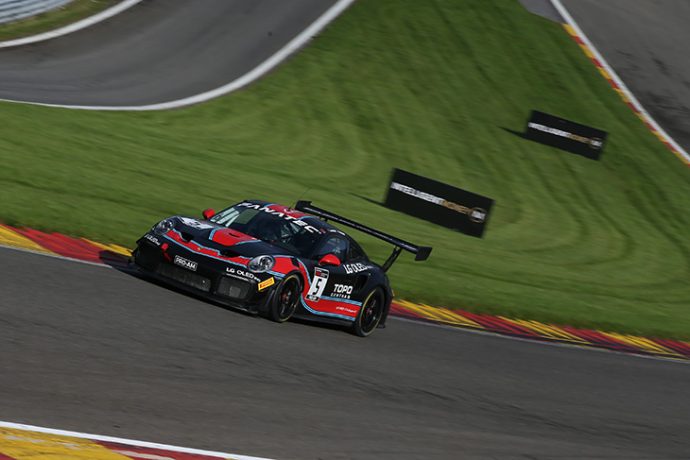 All eyes then turned to a hard-charging Michael Vergers, up two positions after passing Hans Stuck’s #24 Reiter Engineering Audi and Mauro Casadei in the #32 Target Racing Lamborghini at the restart. Not content with fourth, Vergers pushed the #5 Speed Factory Porsche on to pass the #911 Porsche for third before reeling in Am leader, Ulrich, completing the pass for second in a brave move up the inside of Blanchimont with two laps to go.

He came close to usurping Longin for the outright victory at the last, but ultimately ran out of time and the pair crossed the line three tenths of a second apart, still a season-best result for the Porsche.

Am: Ulrich extends Am class lead almost beyond reach

Carrying forward his pole-setting form into the first encounter of the weekend, Ulrich made a superb race one start to pull clear of the #81 Audi and pull out an impressive margin in the early stages. The #7 KTM’s seven-second lead, however, was all but wiped out thanks to the safety car period on the cusp of the pitstop window. 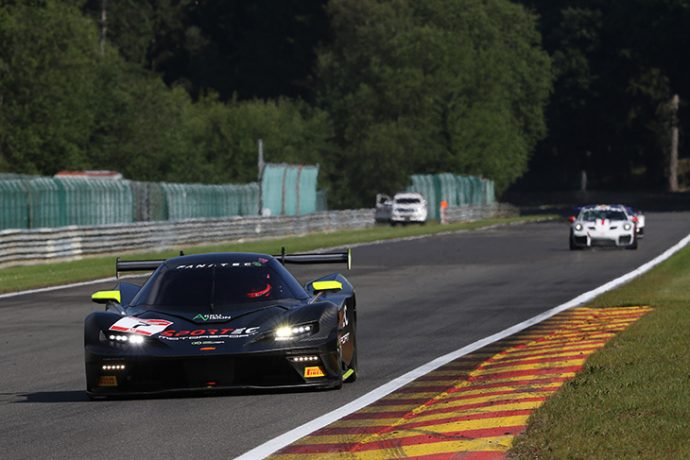 Cleanly through the pitstops and 20 minutes under full course caution, with just 10 minutes of green flag racing to go, Ulrich only conceded to the #81 and #5 Pro-Am class cars in order to retain his unchallenged Am class lead to the flag. 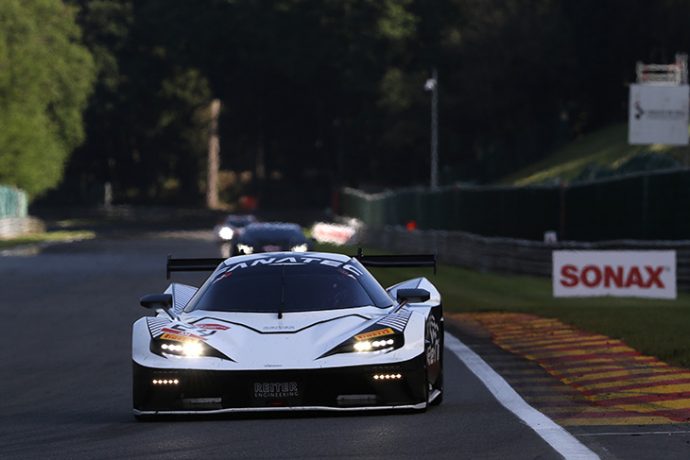 Second home, was the #24 Reiter Engineering KTM, which managed to gain a place over the #911 LP Racing Porsche, whilst both the #32 Target Racing Lamborghini and #17 True Racing KTM retained their starting positions of fourth and fifth respectively.

Ulrich only needs a swing of five championship points in race 2 in order to secure the first ever Fanatec GT2 European Series Am champion in Sunday afternoon’s final race of the weekend.