Al Faisal Al Zubair and Andy Soucek fought back today, with a perfect race, to take their second win of the season, driving the Porsche 911 of Lechner Racing, in Race 2 at Imola. On a day a little bit less warm than yesterday, the Spanish-Omani pair reduced to 5 points their gap with respect to championship leaders, Frederik Schandorff-Michele Beretta, second with the Lamborghini of Vincenzo Sospiri Racing, while yesterday’s winner, Loris Spinelli (AKM Motorsport Mercedes) took third. 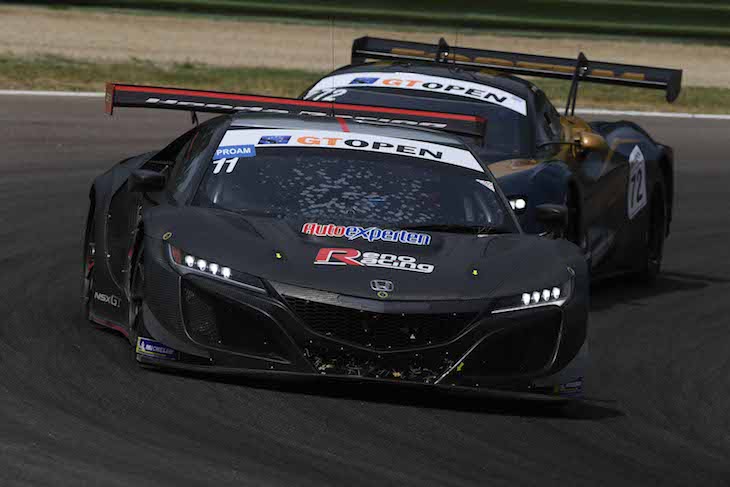 In Pro-Am, Jens Reno Moller and Marcus Paverud doubled their success on Saturday, giving a second win to the Honda NSX of Reno Racing, ahead of the Inception McLarens of Moss- Osborne and Iribe-Millroy, while Jens Liebhauser-Florian Scholze (AKM Mercedes) took another success in Am. 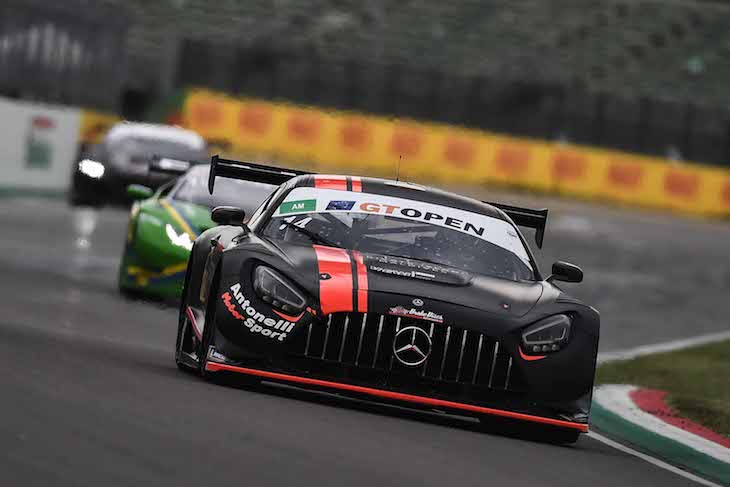 At the start, Schandorff, for the first time in pole, kept the advantage while Millroy from row 2 passed Agostini, followed by Spinelli, Al Zubair, Liebhauser, Moulin, Moller, Moss and Cipriani. The first two pulled away while, on lap 3, Agostini was touched by Spinelli at Tosa and sent into a spin. Moss also had a slight off-track moment at the same corner.

The gap between Schandorff and Millroy remained under a second, but Spinelli would catch and pass the McLaren on lap 10. The Italian meanwhile received a 5-second penalty for the incident with Agostini, who by lap 12 had recovered up to 5th.

The pit stops started on lap 15, with Moulin and Moss first in. When the pit stop cycle was completed (lap 20), Soucek was in the lead, with a 6 second edge over Beretta and Iribe, 8 on Spinelli (who had a brief off at Villeneuve), 14 on Nemoto and 23 on Ferrari, who would suffer two punctures in his stint.

Soucek would keep control of things thereafter, winning over Beretta and Spinelli, with Nemoto in fourth. In Pro-Am, a last-minute move giving the victory to Paverud, ahead of Moss and Iribe, while Scholze, despite a spin, secured the Am victory. 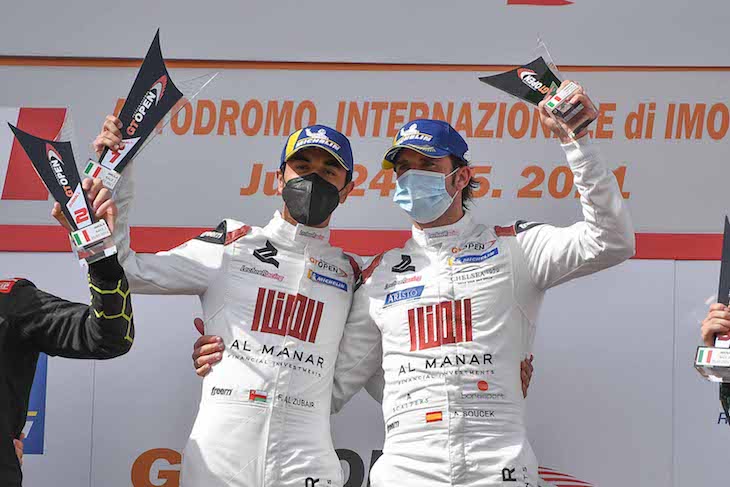