Three withdrawals and one late addition to the 2021 grid should see 58 cars start the TotalEnergies Spa 24 Hours on Saturday.

Frikadelli Racing’s pair of cars were joined by the originally Am-entered #36 Walkenhorst BMW on the list of squads deciding not to compete in the wake of the flooding disaster last week. The late addition of the Schnabl Engineering #3 Porsche claws one back in the entry. Walkenhorst’s pair of Pro cars will still race. 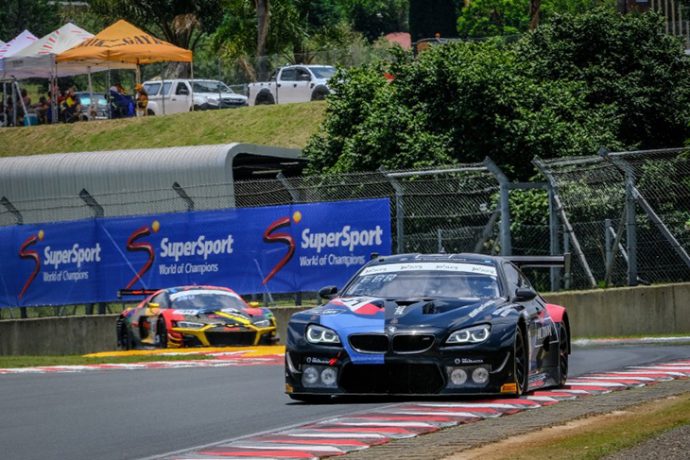 Change To COVID Protocol For Fans

A last-minute change to the COVID protocol for the event sees fans attending the event needing to “be in possession of a negative test at all times while they are at the circuit. A PCR test is valid for 72 hours, while an antigen test lasts 48 hours.” That wording was altered from the original text of the public release issued yesterday morning at some point yesterday.

Looking forward to the TotalEnergies 24 Hours of Spa but feeling in need of a rules refresher?

Fear not, our handy video explains everything you need to know about the world’s greatest GT3 race 👌🏼#Spa24h 🇧🇪🎢 pic.twitter.com/xWDEKsdFRW

The first track action for race week for the Spa 24 runners came with Tuesday’s Bronze Test, 16 cars took to the track in a three-hour session. 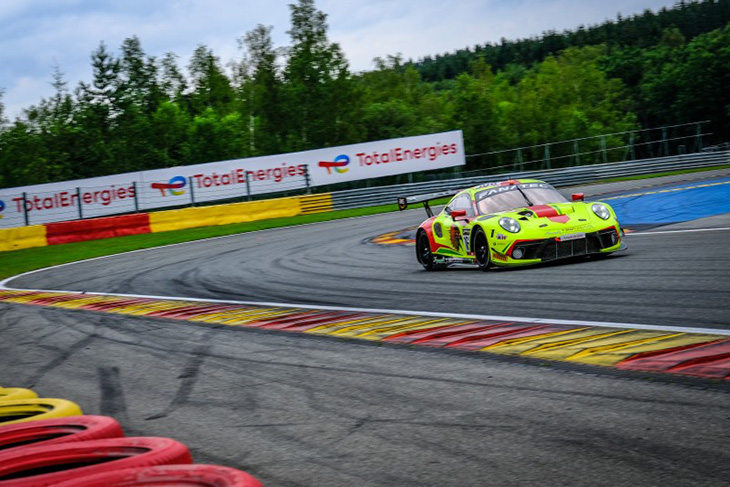 Am Cup squad Hägeli by T2 Racing emerge on top with its #166 Porsche, a 2:21.976 lap from Pieder Decurtins topping the best effort of RAM Racing’s Rob Collard by half a second.

The #188 Garage 59 Aston Martin was third with Alex West at the wheel, a further two tenths shy of the #166 Porsche.

Orange1 FFF Racing (#19 Lamborghini) and Kessel Racing (#11 Ferrari) made it five brands in the top-five positions, though the Lamborghini squad did not enjoy a trouble-free afternoon, causing the only red flag of the session when it crashed at T14 during the first hour.