The Intelligent Money British GT Championship reaches its halfway mark at Snetterton this weekend when the series’ 60 minute Sprint race double-header format takes centre stage for the first time in 2021.

A maximum of 50 points are available for winning Sunday’s two sprint contests instead of the usual 37.5 awarded for an endurance victory. And with the same format also used next time out at Oulton, there’s room for both class title battles to fluctuate wildly within a short space of time before the #DoningtonDecider rounds out the campaign.

Several of the cars forced to miss Spa also return to a provisional 24-strong entry split between GT3 and GT4. They join a packed roster of regular and one-off support series that celebrate Snetterton’s 70th anniversary on the full-length 300 layout.

However, there will also be time for reflection when SRO Motorsports Group, the BRSCC and MSV hold a minute’s silence before the start of Sunday’s first race in honour of volunteer marshal Robert Foote who lost his life at Brands Hatch on July 31. All British GT cars will also feature an orange heart on their windscreens.

Leo Machitski and Dennis Lind’s title ambitions looked to have been dealt a crippling blow at Donington. But fast forward two weeks and Barwell’s #63 Lamborghini sat atop the Drivers’ standings once again thanks to its commanding victory at Spa. 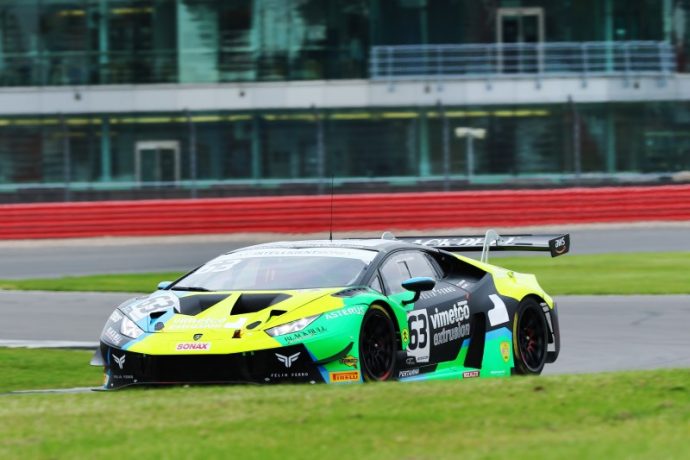 Ordinarily, British GT’s Success Penalty system would restrict their chances this weekend. But the shorter additional times for sprint rounds – 10, seven and five seconds for the top-three instead of 20, 15 and 10 – have been fully overturned at Snetterton twice in recent years. And on both occasions, it was by a Barwell Lamborghini. Indeed, the Huracan is something of a sprint specialist having won 13 of the 23 hour-long British GT races its contested since 2016.

There’s a second raging bull in Barwell’s stable that won’t carry a Success Penalty in Sunday’s first race. What’s more, it features Adam Balon who has won three of the last four races at Snetterton and shares with reigning champion Sandy Mitchell. The duo has worked hard to put themselves back in title contention but must now capitalise on their teammates’ Race 1 handicap in order to further chip away at the current 19.5-point deficit. 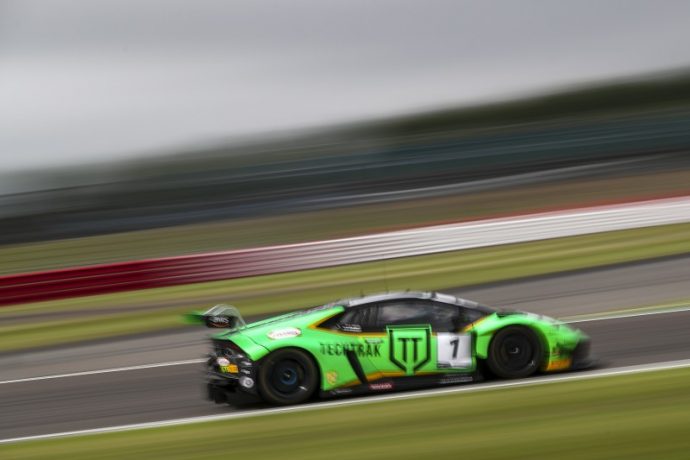 They have the same number of points as Jonny Adam whose bid for a fifth title was scuppered by having to self-isolate just before Spa. But, as was also the case in 2013, the Scot can still play a critical role in Andrew Howard’s championship pursuit when he returns this weekend. The spa was an eventful race all around for Beechdean AMR, but they still head to Snetterton just 1.5 points behind Machitski/Lind and with the bonus of initially racing handicap-free. What’s more, the Aston Martin is yet to finish outside the top-four this year.

RAM also remains firmly in the hunt after working wonders to patch up their Mercedes-AMG and score points in Belgium. As such, Ian Loggie and Yelmer Buurman are just 7.5 behind Machitski/Lind and without the prospect of a Race 1 Success Penalty. They might remain winless this year but, just like Beechdean, RAM has proven that consistency is key to mounting a British GT title challenge. 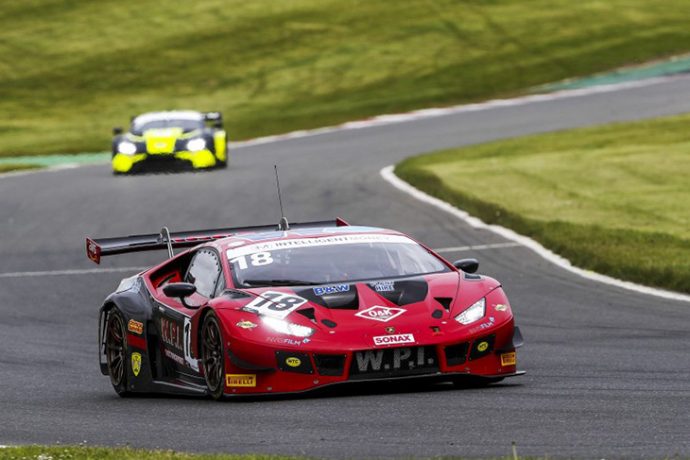 WPI are also back in contention after finishing runners-up last time out but must now deal with the additional seven seconds in Race 1. That’s seldom been an issue for Phil Keen who’s converted the maximum sprint handicap into victory on three occasions, two of which came in Norfolk. His record at Snetterton is also exemplary having won seven of his last 14 British GT races there. Now, he and Michael Igoe must score heavily again if they’re to maintain the pressure on Barwell’s front-running crew. 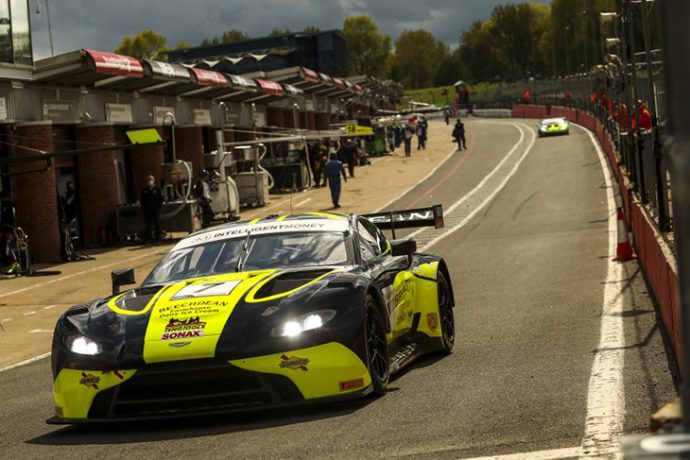 Only three entries have scored in all four races thus far: Beechdean, RAM and Balfe’s McLaren shared by Stewart and Lewis Proctor. The intense battle at the front has diverted attention from the father/son duo who were steadily improving throughout 2021, as highlighted by Lewis’ qualifying performance at Donington, before scoring their first overall podium together at Spa where Stewart rebuffed Igoe and Balon throughout the opening stint. The Silver-Am championship leaders carry a five-second success handicap in Sunday’s first race. 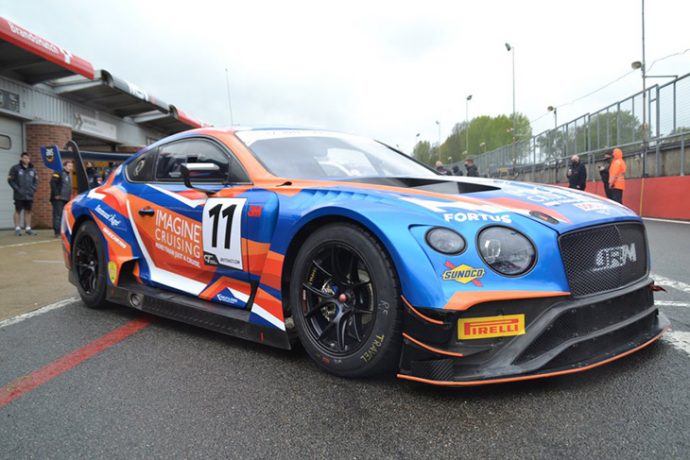 Elsewhere, Team Parker’s Porsche is expected to attend following its accident in free practice at Spa, while Paddock Motorsport and Enduro Motorsport are also back after being unable to travel. 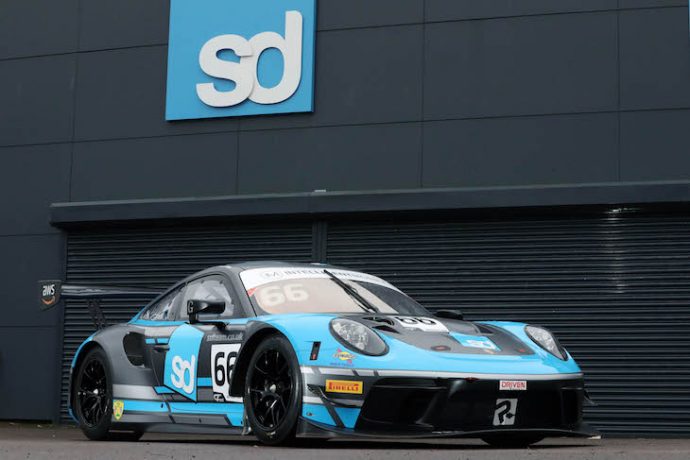 G-Cat’s race-by-race Porsche crewed by Shamus Jennings and Greg Caton makes its third appearance of the season, and Ahmad Al Harthy finally makes a long-awaited return 17 months after his Oman Racing with TF Sport entry was originally announced. He claimed overall victory at Snetterton back in 2013. 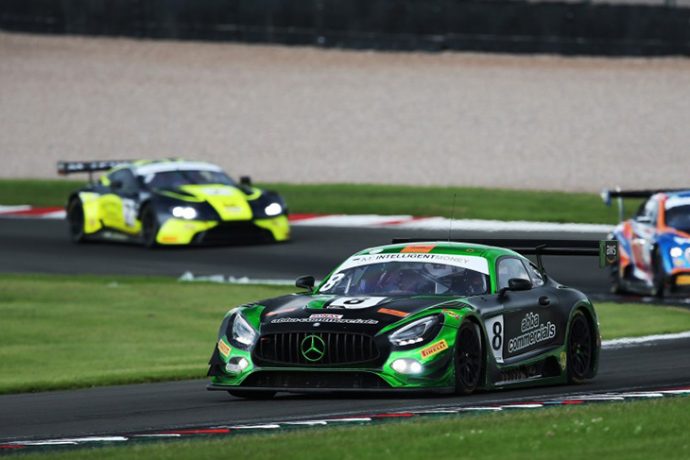 But Team Abba Racing’s Richard and Sam Neary will be absent because of damage sustained at Spa. The team was initially hopeful of repairing their Mercedes-AMG in time for Snetterton but will now focus on returning at Oulton Park instead, the team reportedly requiring a replacement chassis.

GT4 is back to full strength this weekend thanks to the return of Fox Motorsport’s McLaren and Ciceley Motorsport’s Mercedes-AMG, neither of which could attend Spa where Balfe Motorsport’s Jack Brown and Ashley Marshall claimed their maiden British GT wins, as well as McLaren’s first of the season.

The latter’s pursuit of and pass on championship leader Will Burns was especially impressive, and even more so considering the McLaren sustained steering damage early in the race. But, just as in GT3, the maximum 10s Success Penalty will make it difficult for the same pairing to win back-to-back on Sunday. Still, McLaren has three more Silver crews and another Pro-Am up its sleeve at a venue where the 570S has won in every season since its 2016 debut.

Team Rocket RJN endured a tough outing at Spa but its three McLarens are ready to go again at a venue where Jordan Collard has won in each of the last two years. True, 2020’s GT4 runner-up has scored just one podium so far this season, but he and co-driver James Kell should be victory contenders this weekend given previous form and the Success Penalty situation. 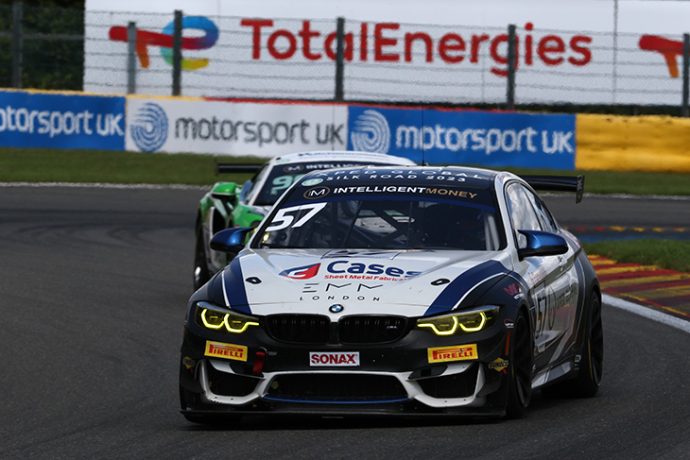 Indeed, championship leaders Burns and Gus Burton have five seconds extra to contend with in Sunday’s first race after extending their advantage with third place at Spa. And that could initially tip the balance in favour of Century’s second BMW shared by Chris Salkeld and Andrew Gordon-Colebrooke who start 34.5 points behind their team-mates but compete penalty-free at a circuit where the team and its M4 won in 2018. 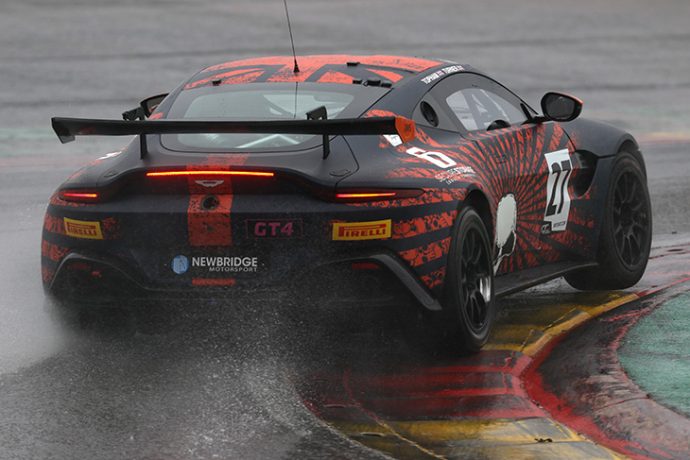 Elsewhere, Matt Topham and Darren Turner have claimed podiums in each of their two outings together with Newbridge whose Aston Martin came within a track limits infringement of scoring its second win in three rounds at Spa. Like all Pro-Am crews, they are exempt from the additional 14s pitstop time served by Silver entries but will have seven seconds extra as a result of their exploits in Belgium.

It’s a similar story with Nick Halstead and Jamie Stanley who make their first appearance since finishing third at Donington. Thus, their five-second Success Penalty is carried over to this weekend instead.

Steller’s Audi had an unusually quiet run at Spa but tends to go well at Snetterton where Richard Williams and Sennan Fielding won together two years ago on the team’s Audi debut. The same combination now needs a big weekend if it’s to rein in Century’s BMWs. 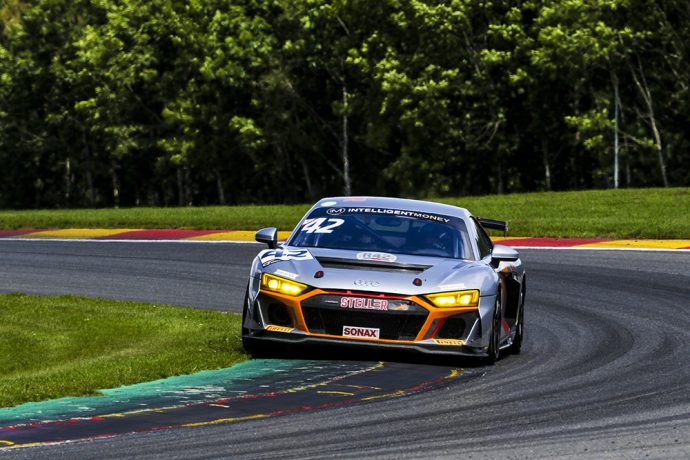 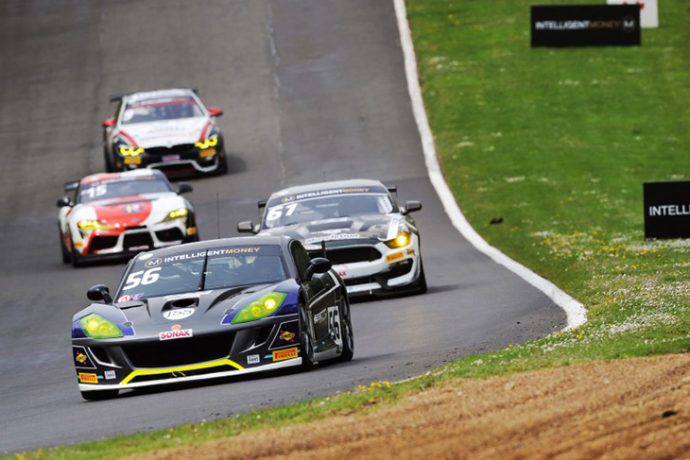 Academy’s Mustang featuring Matt Cowley and Will Moore collected its first meaningful points of the season at Spa and isn’t restricted by a Success Penalty this weekend either, while McLaren’s DDP members Alain Valente/Michael Benyahia and Katie Milner/Harry Hayek have two more opportunities to build on the progress of recent rounds that almost resulted in a podium for the latter at Spa.