Michael Igoe, Andrew Howard and Adam Balon all briefly took turns at the top before Ahmad Al Harthy set a 1m50s flat. The Omani, who makes his first British GT appearance since 2015 this weekend, then lowered the session best again to secure pole. 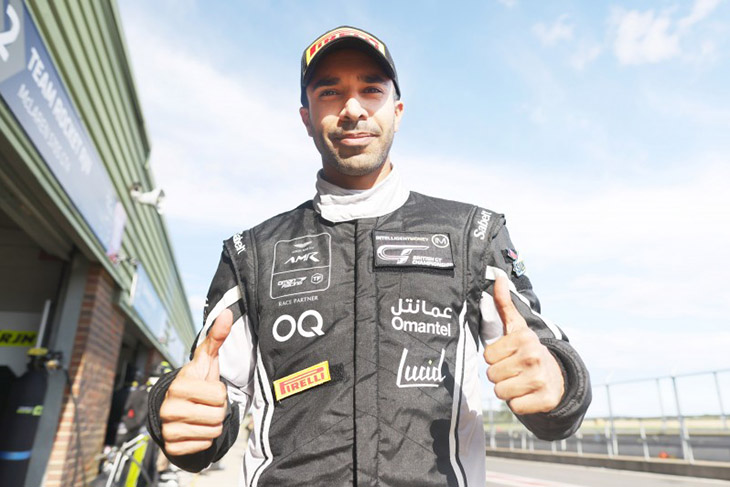 Instead, attention shifted to who would join TF Sport’s Aston Martin on the front row.

Kelvin Fletcher looked to have secured it on his second flying lap but was usurped by Balon’s Barwell Lamborghini which has claimed three of the last four victories at Snetterton. Paddock’s Bentley wasn’t to be denied though, Fletcher returning to snatch second from Morgan Tillbrook who also saved his best for last aboard Enduro’s McLaren.

Balon had to settle for fourth ahead of Igoe’s WPI Lamborghini and Beechdean AMR’s Howard who saw his fastest time removed for a track limits infringement.

Q2: Pole for Sunday’s second race remained in doubt until the final flying laps and was ultimately decided by just 0.004s.

Phil Keen and Marcus Clutton set the early pace before Jonny Adam ended the first round of flying laps on top courtesy of his and Beechdean AMR’s 1m47.8s. 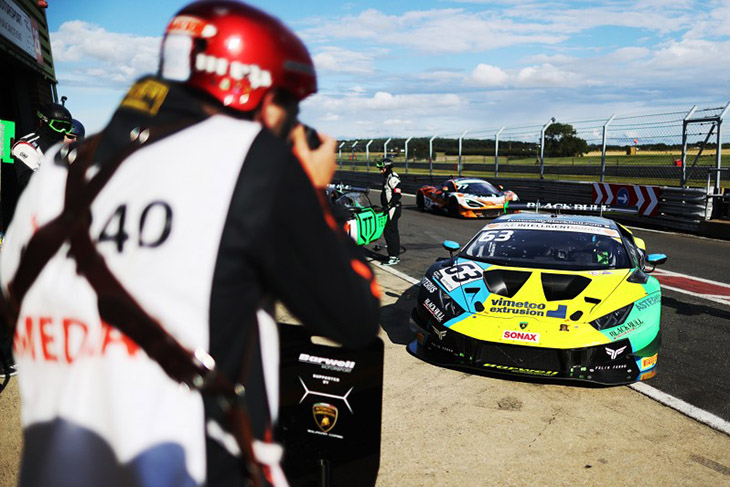 Sandy Mitchell then briefly joined the Aston Martin on the front row but was almost immediately knocked back to third by his team-mate Dennis Lind who lapped more than a tenth quicker than Adam. The Dane has set three of this year’s four fastest race laps and looked on course to claim a comfortable first individual pole position until RAM Racing’s Yelmer Buurman almost matched the time. But the Mercedes-AMG was ultimately unable to find the extra 0.005s required to shift Barwell’s championship-leading Lamborghini.

Spa podium finisher Lewis Proctor was unable to set a time after his Balfe McLaren developed a gear selection issue.

Q1: Alain Valente proved to be the star of the opening qualifying session after producing a dominant display to grab a maiden British GT4 pole position for himself and Team Rocket RJN. 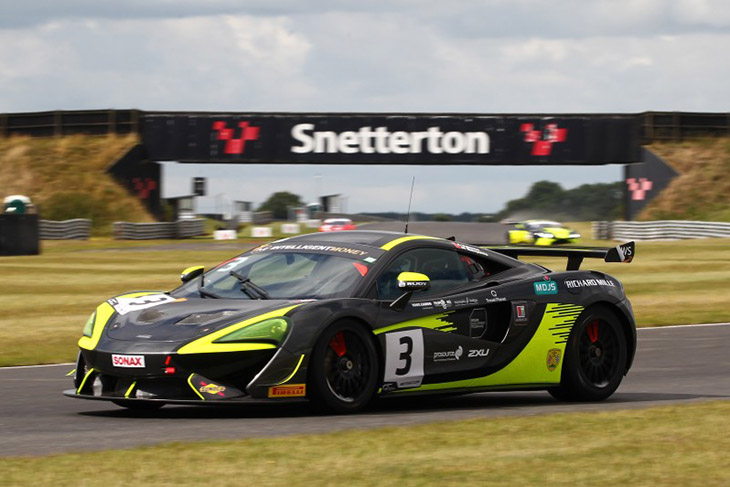 The trio of Team Rocket RJN McLarens had figured strongly in the times during both free practice sessions, but with qualifying taking place on a completely dry track the order was tough to predict. Things instantly became clearer when Valente went half-a-second faster than anybody during his opening effort, and then stretched that margin out to almost a full second with his final flying lap to leave everyone else trailing in his wake.

Century’s championship-leading BMW M4 driven by Will Burns was the closest challenger to the runaway McLaren, albeit still 0.8s down on the fastest time.

Will Moore put the Academy Motorsport Ford Mustang third on the grid for Sunday’s opening race, just a tenth down on the BMW, and two tenths clear of James Kell in Team Rocket RJN’s #2 McLaren.

Spa winner Jack Brown, who must serve the maximum Success Penalty tomorrow morning, was fifth quickest aboard the Balfe Motorsport 570S, while Katie Milner made it four McLarens inside the top six.

Q2: But there would be no repeat in GT4’s second session where Charlie Robertson recorded two times good enough to secure Race 2 pole position aboard Assetto Motorsport’s Ginetta G56. 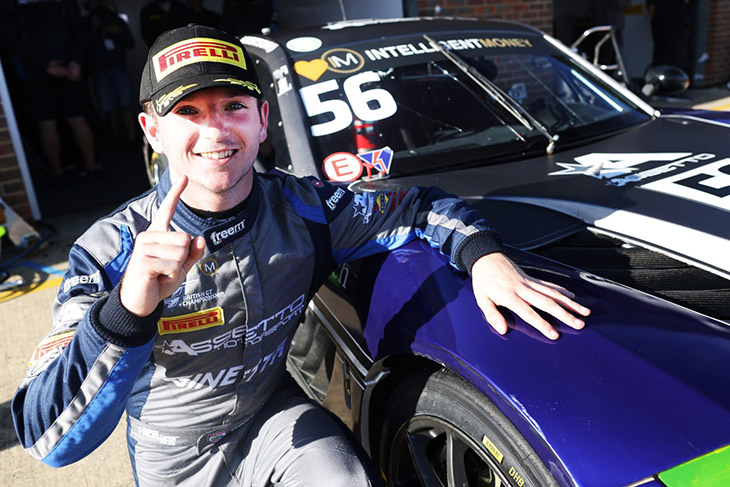 While Michael Benyahia initially put the #3 Team Rocket RJN McLaren top during the early runs, he was swiftly displaced by Gus Burton in Century’s #57 BMW and then Robertson whose first effort pipped everybody by just over a tenth. His second extended the advantage to 0.4s, and the job was as good as done.

Burton held on to second until the final laps when Darren Turner swept past in the Newbridge Aston Martin, followed closely by Jordan Collard’s Team Rocket RJN McLaren which recovered from a mistake on its first flying lap to net a fine third.

Burton will start the points-leading BMW from fourth, just ahead of Benyahia and Scott McKenna in Toyota Gazoo Racing UK’s Supra.

Warm-up begins at 09:00 BST before the first of two 60-minute races get underway at 10:10. The second has been rescheduled to 16:15 following a delay to Saturday’s timetable after a fire in the paddock that saw damage to a support race team transporter but no injuries.