The ACO has confirmed a pre-race Alpine parade on Saturday including an ‘Alpine’ F1 driven by Le Mans winner Fernando Alonso and an Alpine A110 GT4 driven by Hungarian F1 GP winner Esteban Ocon. Laurent Rossi, the CEO of Alpine will attend the parade as well in an Alpine A110S.

Pierre Thiriet, who won the 2018 and 2019 24 Hours of Le Mans in his FIA World Endurance Championship LMP2 title-winning campaign along with Alpine Elf Matmut Endurance Team drivers André Negrão and Nicolas Lapierre, will be reunited with the A470. French two-wheel-drive Rally Champion and 2021 Monte Carlo Rally winner in the FIA R-GT Cup, Manu Guigou will complete this panorama of Alpine‘s racing programme with the A110 Rally.

There is not, however, set to be an announcement this weekend of an expected Hypercar programme, now understood to most likely be an LMDH based effort with Oreca the heavily tipped chassis partner – timing to be confirmed shortly.

The annual ‘state of racing’ ACO press conference tomorrow is set to give some (but likely not all) details of the future for the ACO rules series’ GT class structure.  That is set to see GTE Pro confirmed for one year with the strong likelihood of GTE AM only in 2023. 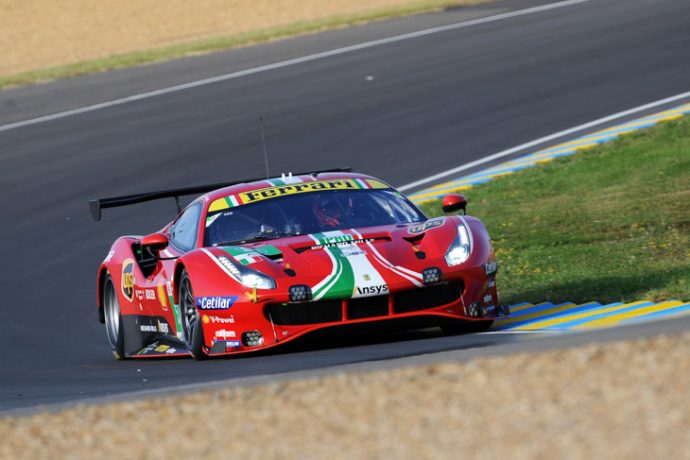 Beyond that though there are several potential plans – standard GT3 and some form of enhanced GT3 plus have both been discussed with the most contentious issue seeming to be whether or not a full Pro class has a future alongside the converged ‘Hypercar’ category and LMP2 as is the prospect of some form of required linkage of eligibility for GT entrants with parallel Hypercar programmes with the same brand.

Predictably Ferrari and Porsche are understood to be somewhat relaxed about a potential end to the Pro class (both having already confirmed Hypercar programmes) but longtime Le Mans stalwarts Corvette are somewhat more exercised on the subject, the ongoing and spirited debate understood, at present, to have delayed a full announcement of the Multi-year plan forwards.

Initial details at least are likely to emerge of the 2022 calendar for the FIA WEC with the journey back to a full calendar likely to be confirmed, a moderate increase from the current 5 race schedule expects as travel restrictions ease.

Super Sebring is likely to return to the schedule with Spa and Monza highly tipped to return alongside Bahrain.  As with other major event organisers the WEC is known to be keen to confirm a return to traditional markets with at least one trip to the Far East looking likely to be announced in the provisional calendar.

The confirmation of the return of the Asian Le Mans Series to its successful ‘contingency’ plan in the UAE in February with four races again panned over two weekends in Dubai and Abu Dhabi is finding favour with both returning and potential debuting teams.

United Autosport’s look set to mount a multi-car effort with both LMP2 and LMP3 plans under evaluation. The G-Drive/ Algarve Pro look set to return too to defend their title from 2021. 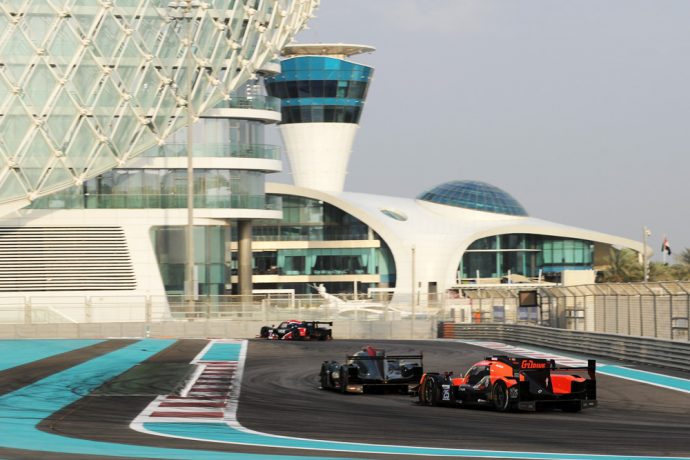 DragonSpeed have confirmed that they too are evaluating an LMP2 programme with Cool Racing potentially joining the Series for the first time too, LMP2 the most likely avenue with LMP3 also under consideration.

A special exhibition related to the presence of Toyota in La Sarthe was inaugurated in the 24 Hours of Le Mans museum on Tuesday. The exhibition sheds some light on 35 years of racing for the Japanese make. Several iconic cars are on display such as the 1986 Leyton House liveried 86C (#36) driven by Saturo Nakajima, Geoff Lees and Masanori Sekiya, the stunning 1992 TS010 (#33) shared by Masanori Sekiya, Pierre-Henri Raphanel and Kenny Acheson or the 1999 GT-One (#3) driven by Ukyo Katayama, Keichi Tsuchiya and Toshio Suzuki. 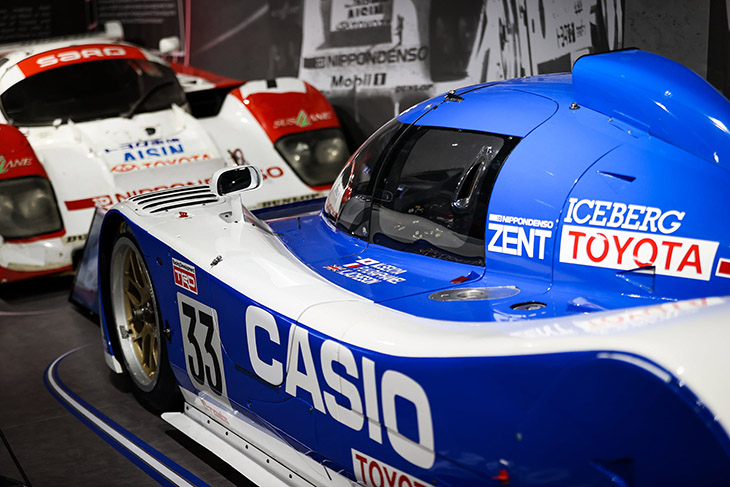 The exhibition also includes the #8 TS050 Hybrid that allowed Sebastien Buemi, Kazuki Nakajima and Fernando Alonso to offer a first victory for Toyota in La Sarthe in 2018. 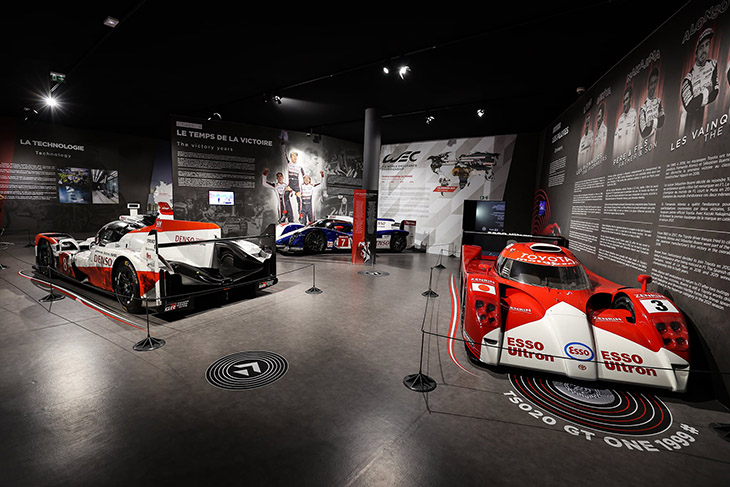 Kubica on his Le Mans debut

Polish motorsport star Robert Kubica met the press in Le Mans and reflected on his first part of the 2021 season “It started off in Daytona. I wanted to try out a 24 hour race in anticipation of the 24 hours of Le Mans. Unfortunately, we had to retire early on in the race. Then came the ELMS. We won two races, also led in Ricard yet we finished in P5. As for Monza, it was really an up and down situation which we had to manage. We have two races left (Spa and Portimao) after Le Mans. One thing for sure is that competition is very tough out there with strong teams and strong line ups.” 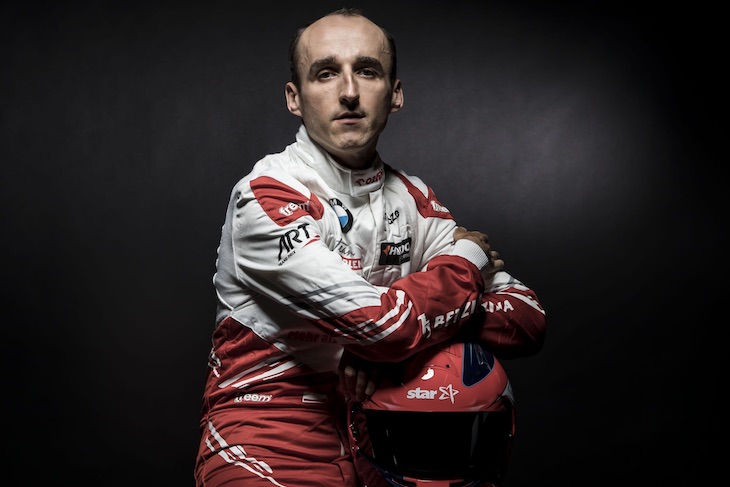 He then shared some thoughts about his debut in the 24 hours of Le Mans: “It’s a place that is unique, loaded with history. I was actually surprised by the excellent level of grip that we got on track as soon as Sunday (on test day). (…) What is really new for me is driving in the night. It’s interesting and challenging as it is not my regular racing environment.”

He finally gave some indications about his mental preparation for the big race: “Something can go awfully wrong here, at every corner. So you need to avoid tricky situations, have a steady pace while understanding how others are likely to react in traffic. One thing for sure is that you need to be patient. You also need to ignore that your car is racing when you are not it otherwise that exhausts you. (…) My objective is really to finish Le Mans.” 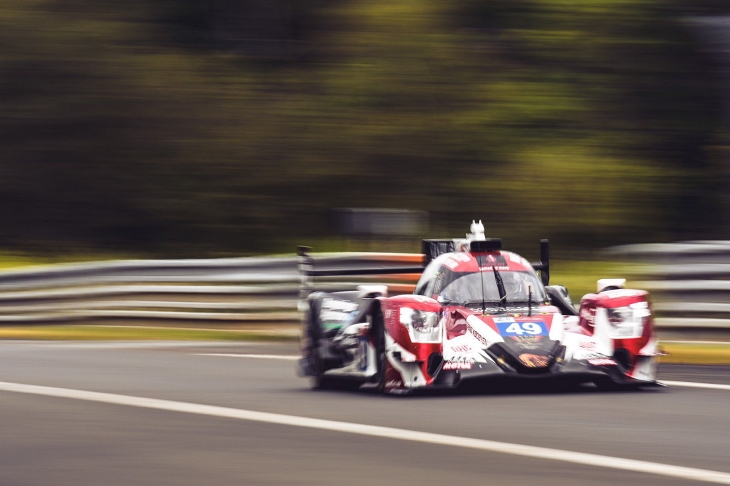 Drivers of High Class Racing’s #49 ORECA have been complaining about the lack of speed of their Oreca 07 Gibson. In turn, the decision was taken to change the engine during the break between today’s Free Practice sessions 3 and 4.

Kevin Magnussen told DSC that the car has been ‘half a second off since the Test Day’. After a lengthy process of diagnosing the issue, the team hopes an engine change will put ensure the #49 is ready to compete at the head of the field during the race.

“We will be changing the engine, not in today’s first practice session (FP3), but there’s enough time between then and the late night FP4 to get it done.” Jan Magnussen told DSC.

Sarah Bovy on her late Le Mans call up

Iron Lynx’s Sarah Bovy is one of the several rookies competing in the 2021 24 Hours of Le Mans. Bovy joined the #85 Ferrari 488 GTE Evo crew a little less than a month ago.

“I discovered the car during the WEC 6 Hours of Monza. It went very well” she said. Once in La Sarthe, the Belgian focused on apprehending the 13.6 kilometre track. “I was only confirmed for Le Mans’ line up last month. I have to learn everything very fast. That’s my challenge! Thankfully, the team has allowed me to train on simulators and to cover a lot of miles on Test Day. Rahel (Frey) and Michelle (Gatting) set the car up while I focussed on my driving. That’s a massive help. Weirdly enough, although there are more cars here (than in Monza), traffic seems easier to manage. The length of the track is a help in that respect.”

Her objective is first and foremost to take the checkered flag next Sunday: “That’s the least we can do. The “girls” finished 9th (in the LM GTE Am category) last year. I hope we can do better than that. We have the potential for reaching the top 5 positions (in the class).”

Matthieu Lahaye has been drafted in to replace Francois Hériau in the #84 Association SRT 41 Oreca 07 Gibson. 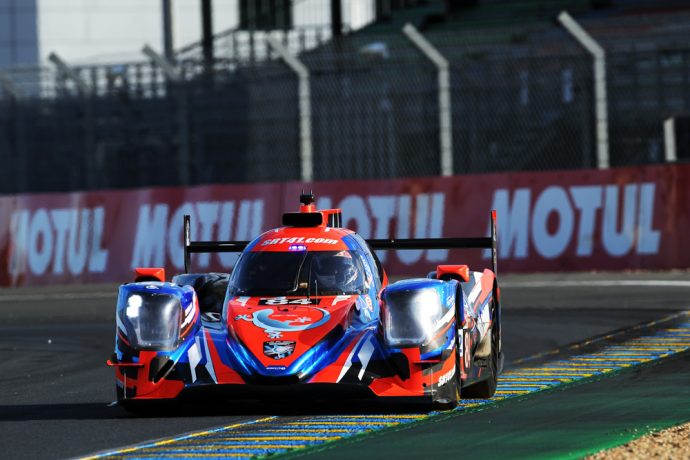 I was having a nice summer vacation when I got Frédéric Sausset’s call,” he said. “We were prepared for this scenario. I was François’s back up and I had tested in the ACO’s sim over the winter. That being said, I was so sorry for François (Hériau fell off his bike and injured his shoulder). He really wanted to be here. Team Ultimate is still planning to race in the 24 Hours of Le Mans next year. He will be joining us (Mathieu and brother Jean-Baptiste) then, it’s on only a matter of time”.

Lahaye’s last driving experience in the 24 Hours of Le Mans was in 2012. He was sharing a Morgan Judd with Frenchmen Jacques Nicolet and Olivier Pla. “I have competed four times here. I can be of help to our two disabled drivers (Takuma Aoki and Nigel Bailly)” Lahaye added. “I am really here to coach them and to make sure that our #84 is comfortable. Of course, our car is a little different yet she is easy to adapt to.

One has to recognize the great job that Oreca has done in that respect.”After the 24 Hours of Le Mans, Lahaye will return to the ELMS. “We are not quite sure whether we will head back to the Asian Le Mans Series yet. It’s all a matter of getting the required budget” he concluded.