The Racing4Charity organisation’s first fundraising event in a decade has raised over £10,000 – and counting – for the Motor Neurone Disease Association after stars from across the world of motorsport joined together for #Karting4MND at Thruxton Kart Centre on Thursday night for a two-hour kart race helping to fund research into a cure for MND.

Hosted by Racing4Charity’s co-founders Bill Williams and sportscar legend David Brabham, Karting4MND was staged in honour of MND sufferer, Bill’s brother Gideon Williams and in memory of Neil Cunningham, who lost his life to the disease in 2016. 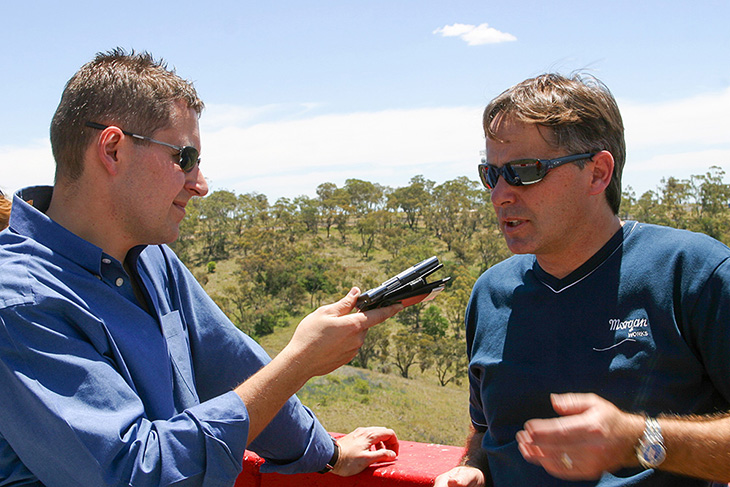 Team Bennie and the Jets, with drivers Ben Davis, Tylor Ballard, James Duncan and Paul Streather, were crowned the race winners and the first-ever recipients of the Gideon Williams Trophy. 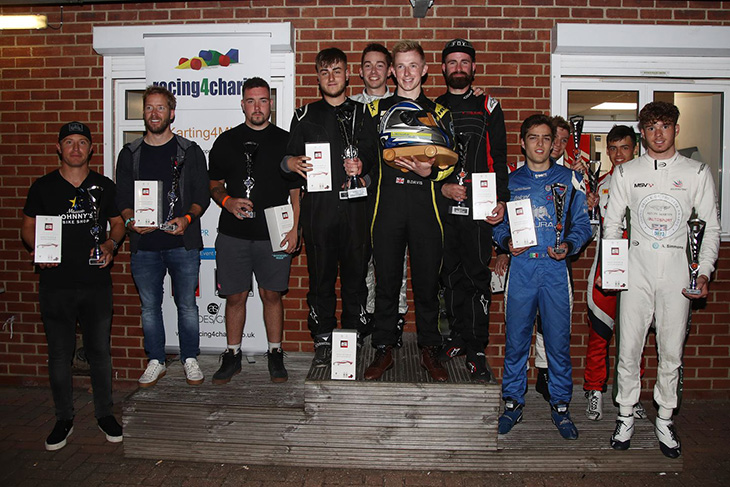 The Team’s Paul Streather was awarded the Neil Cunningham Trophy for setting the fastest lap of the race, with a staggering lap time of 1:00.880.

They were pushed all the way by Team Kelly’s Heroes, which included Sam Bird who only last weekend competed in the 24 Hours of Le Mans with the factory Ferrari GTE Pro team, with team-mates Max Bird and Dave and Joe Ward. They also had a little help from sportscar ace Duncan Tappy, who stepped in as a reserve after Joe was forced to miss the race due to an incident in practice. 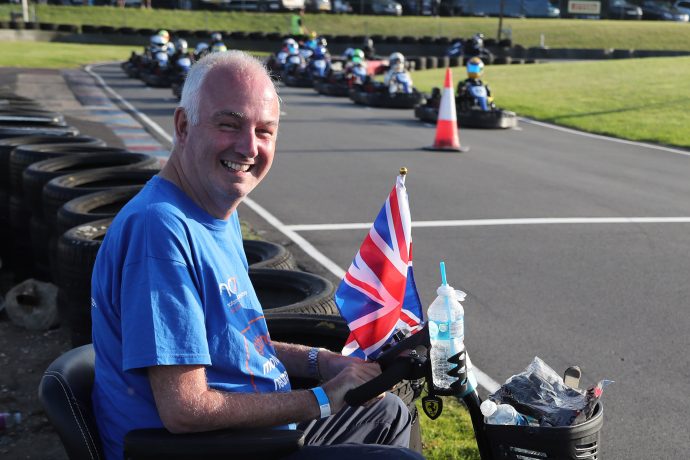 Guest of honour at the event, Gideon Williams took on the duties of Official Start Marshal to wave off the bumper 18-team field on Thursday evening. He also received a special video message from his favourite Formula 1 driver, Nico Rosberg and the gift of a Mercedes AMG F1 technical drawing signed by Nico, Valtteri Bottas and Toto Wolff.

In another poignant moment, Salvo Cachia, a long-standing supporter of Racing4Charity, who also suffers from MND, managed to drive a lap of the Thruxton circuit ahead of the two-hour endurance race.

Bill Williams commented: “I am absolutely stunned at the level of support the return of Racing4Charity has gained here at Thruxton. I am so proud of the motor racing community for giving up their time and to the friends and family of Gideon, Neil and Salvo for getting behind the event, all in aid of the MND Association. Thank you all, from the very bottom of my heart.

“Our Racing4Charity team, with such little notice, has gelled so quickly and worked so hard in our respective fields of expertise to put on a brilliant event. To raise over £10,000 before the BTCC weekend of fundraising has begun is absolutely fantastic. Every penny raised will help the MND Association further vital research to help thousands of people living with this cruel disease.”

David Brabham added: “The Racing4Charity team did an amazing job staging Karting4MND and I am so proud of what’s been achieved. I’m incredibly grateful to the motorsport community for racing together for this event, it was fantastic to see everyone having such a great time whilst making a huge difference for a great cause. The best thing of all was seeing the huge grin on Gideon’s face starting the race. Same again next year?

David spoke before Le Mans to DSC and made it very clear just how emotionally charged a cause this was:

“To see the shattering effect that MND has on any person, let alone someone you know and care about, is a hugely motivating factor is driving to help research Ito its prevention and to help those who are suffering from MND to live as full a life as possible for as long a possible.”

Pamela Fry, Regional Fundraiser South East MNDA said: “What a brilliant evening organised by Bill, David and all the Racing4Charity team in supporting the whole MND Community. This will make a real difference to people living with and affected by this life-limiting, awful disease. A massive thank you to all the amazing drivers who made this evening such a success.”

Racing4Charity will continue their fundraising efforts throughout the weekend at Thruxton, where the British Touring Car Championship event is taking place, with a stand situated near the Skid Pan and auction of racing memorabilia on Saturday night. 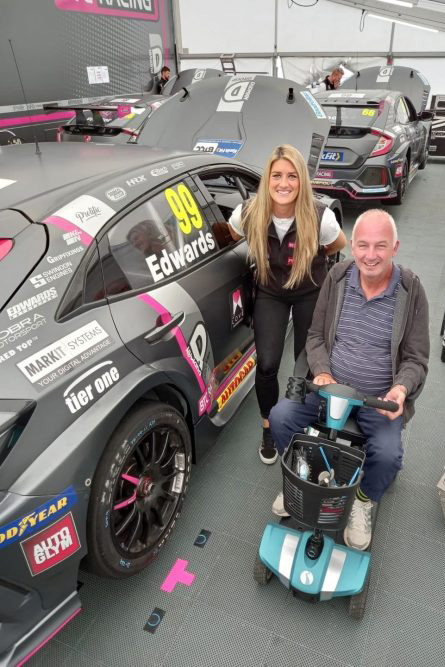 BTCC fans can purchase raffle tickets to win an amazing MATE X e-Bike worth over £2,500, thanks to event partners MATE Bike, the luxury e-Bike brand. 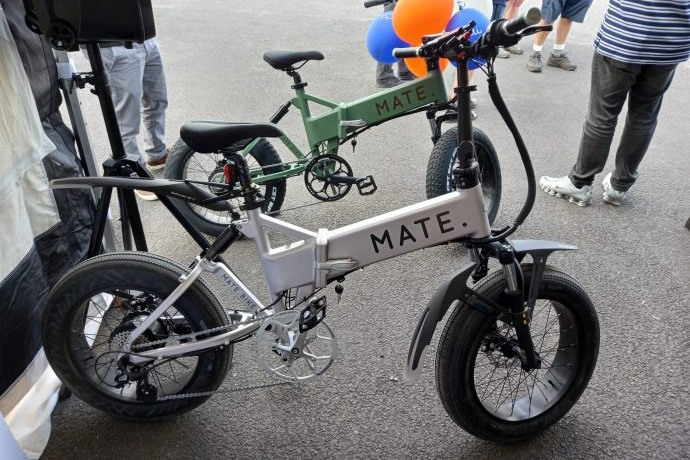 Those not able to attend at Thruxton can still join the fundraising drive: