This is number 14 in our series of short features covering Sportscars that never raced and it’s the third that features a potentially (but eventually not actually) a top class Peugeot!

The 908 Hybrid4 was meant to be Peugeot’s weapon in the 2012 FIA World Endurance Championship, but the then somewhat parlous financial state of the parent company saw the entire WEC programme canned just as the team were preparing to go testing at Sebring, with some of their yet-to-be-announced driver squad still en-route!

Peugeot had already canned the earlier 908HY – effectively an early hybrid technology showcase based on the V12-powered 908 HDI FAP.

That though was always intended to be the first tick in the electrification box.

In hindsight, the hybrid package used for the car was a wise choice. With Toyota utilising supercapacitors as an energy storage medium, and Audi a mechanical flywheel, Peugeot opted for lithium-ion batteries, a medium that the rest would graduate to as the technology rapidly matured.

There’s some truly fascinating technical detail in Andrew Cotton’s review of the development of the Hybrid4 for Racer Engineering, telling of the decisions on battery packaging and the technical limits of the system. 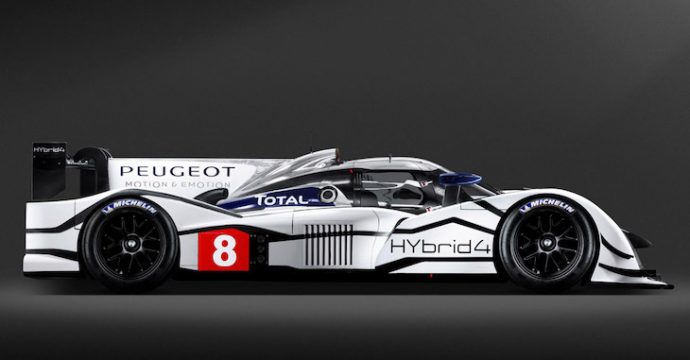 Looking back at the near-vertical development curve seen in the battles between Audi, Toyota and Porsche there’s a real ‘what might have been’ element here, the Peugeot’s standout feature being that it deployed the energy only to the rear wheels, whereas the major opposition all utilised some form of four-wheel drive, not dissimilar to the layout set to be utilised in the LMDh cars coming in 2023. 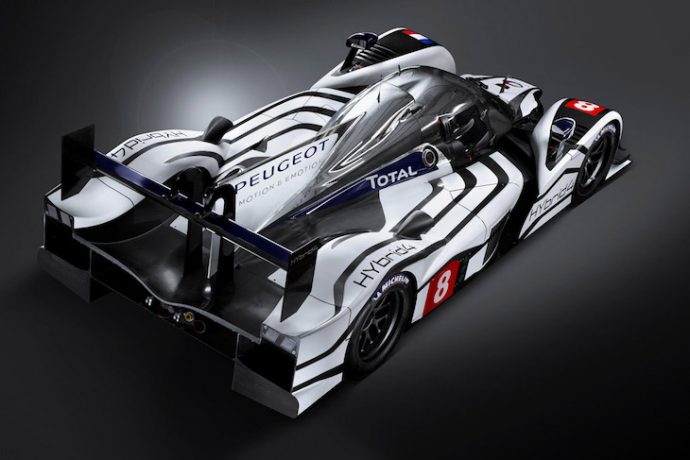 The packaging on the car was very neat, the 350-volt battery pack compact and light, also enabling other heavy components to be eliminated including the original 908 starter motor, alternator and the battery. The car would have had to be ballasted to the 900 kg minimum weight for LMP1.

There was some chatter about the factory team fielding a Hybrid4 for the Le Mans Test Day in 2011 but eventually, no doubt with memories of the almost literal meltdown of the effort the previous year, the decision was taken not to run the 2012-targeted car. As history would turn out, that decision meant that the car was never run in public, indeed the aborted test at Sebring that brought down the curtain on the factory Peugeot programme featured at least one ‘standard’ 90X, DSC unable to confirm whether a Hybrid4 made that trip. 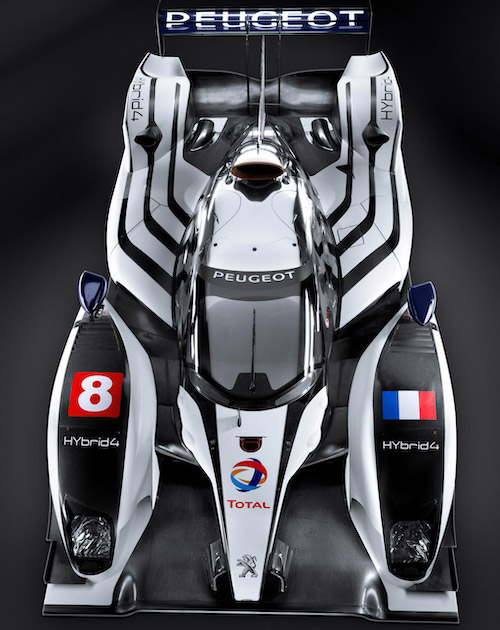 How would the car have compared to the incoming Audi R18 etron quattro and the rapidly scrambled Toyota TS030?

We’ll never know now, but Peugeot’s record against Audi everywhere aside from Le Mans would seem to indicate that it would have been one hell of a battle. Happily we’ll soon get to see the storyline played out in the Hypercar era.