JOTA have confirmed that the team will play no further part in the Fanatec GT World Challenge Powered by AWS round at the Nürburgring this weekend after McLaren Factory Driver Ollie Wilkinson was forced to withdraw from the event due to injuries he sustained at Brands Hatch last weekend.

Wilkinson suffered a 110mph crash at the series’ UK Sprint Cup round when his JOTA McLaren was speared off track and cleared the circuit barriers at Dingle Dell whilst leading the race last Sunday.

A herculean effort from the JOTA squad ensured the 720S GT3 was rebuilt in little more than two days to make the Endurance Cup round in Germany this weekend. But from the first sessions back on track Wilkinson has been troubled by the left-knee injury he sustained just days ago, which is causing significant pain, particularly when braking.

Despite Ollie’s best efforts in Friday testing and official practice on Saturday, the injury has not improved and the series doctor has subsequently deemed him unfit to race. Consequently, as two-driver entries are not permitted, the #38 car along with team-mates Ben Barnicoat and Rob Bell is forced to withdraw from the event. 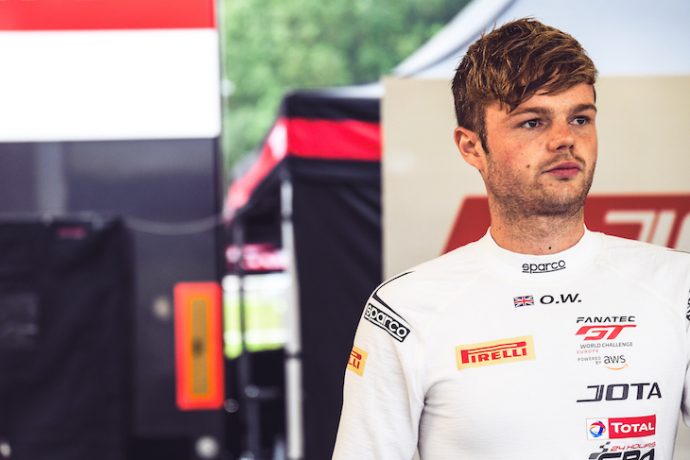 “I’m very disappointed to be having to withdraw from this weekend’s Endurance Cup round at the Nürburgring,” said Ollie. “Sadly, the injuries I sustained in last weekend’s crash at Brands Hatch haven’t healed enough to allow me to race competitively. The effort from my JOTA boys to turn the car around was just unbelievable and I’m lucky to be a part of this team. We’ll be back stronger than ever, hopefully at Valencia later this month. I can’t thank everyone enough for their support and messages, it means a lot.”

Wilkinson now has a three-week break before the final round of the Sprint Cup in Valencia, 24-26 September.