Kazuki Hoshino, a two-time champion in the Autobacs Super GT Series’ GT300 class – and the son of Japanese racing legend Kazuyoshi Hoshino – will retire from Super GT competition at the end of the 2021 season.

In a statement released on Tuesday, Hoshino said: “I am pleased to announce that I have decided to retire from Super GT after this season. I would like to express my sincere gratitude to everyone who has supported me over the past 19 seasons since my debut in the All-Japan GT Championship (now Super GT) in 2003.”

“I’ve been thinking about it for a few years now, for a variety of reasons. Rather than make an announcement at the end of the season, I wanted to make this decision at a time when I could tell you and thank you for everything you’ve done for me, and to fight the rest of the season with that gratitude.” 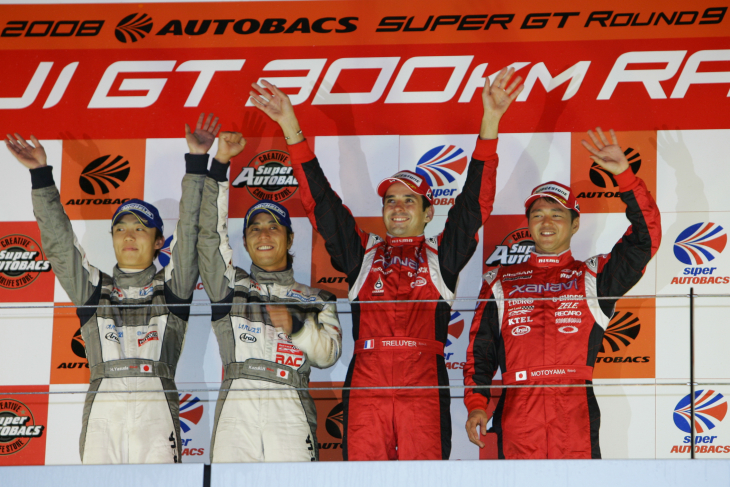 Hoshino has spent 17 of his 19 seasons in JGTC/Super GT driving in the GT300 class, carving out a unique chapter in his family’s racing legacy after spending his formative years in the Suzuka Circuit Racing School, British Formula Renault, British Formula Three, and All-Japan Formula Three.

He won two GT300 Drivers’ Championships at the wheel of a Nissan Fairlady Z33. His first championship came in 2008 with MOLA, racing with teammate Hironobu Yasuda and team manager Misato Haga. In 2010, Hoshino won his second championship with Hasemi Motorsport and teammate Masataka Yanagida. Hoshino also took three GT300 class victories in the Suzuka 1000km – in 2008, 2009, and in 2012 (driving an Aston Martin V12 Vantage GT3). 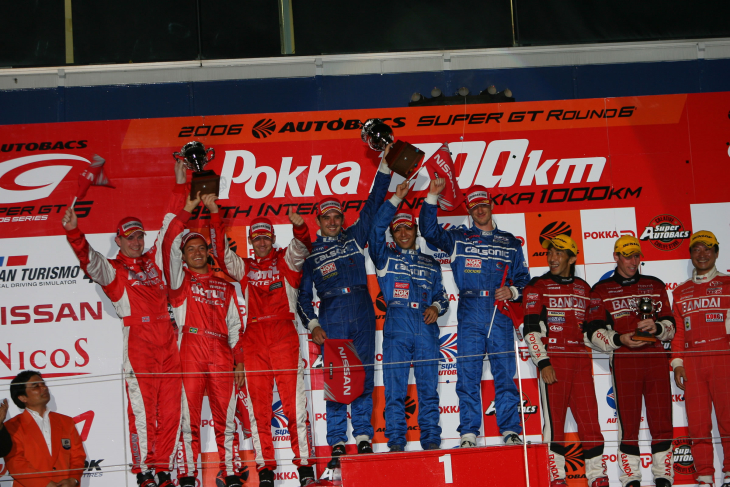 Hoshino also had the opportunity to race in the GT500 category from 2006 to 2007, driving for his father’s Team Impul in the famous Calsonic colours. The highlight of Hoshino’s brief GT500 career was an overall victory in the 2006 Suzuka 1000km, alongside teammates Benoît Tréluyer and Jérémie Dufour.

To date, Hoshino has taken part in 150 consecutive Super GT championship rounds (155 in total, including non-championship events). In the GT300 class, Hoshino has won 12 races, with two pole positions, 23 podiums, and 96 top ten finishes. In two GT500 campaigns, Hoshino recorded four podiums including his one win, and 11 top-ten finishes.

As a development driver for the Nissan GT-R NISMO GT3 from its launch, Hoshino was able to continue his excellent Super GT career as a driver, while also guiding future Nissan GT500 drivers such as Jann Mardenborough, Lucas Ordoñez, Daiki Sasaki, and Mitsunori Takaboshi – who have all been teammates with Hoshino over the last decade. 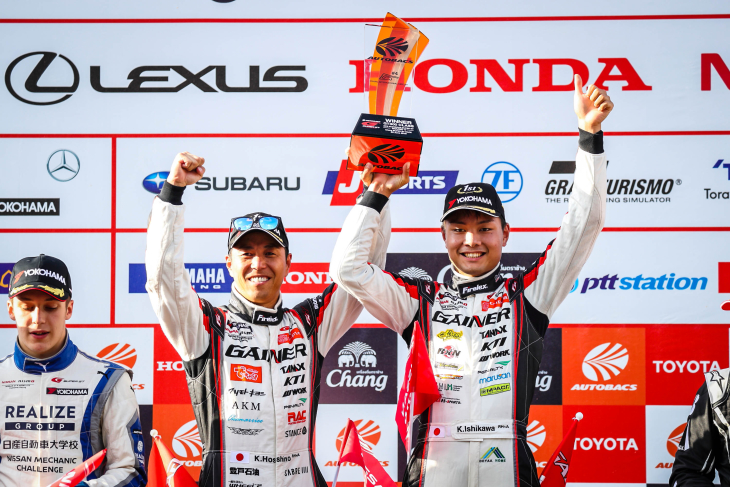 “I could never be Kazuyoshi Hoshino,” remarked Kazuki Hoshino in his announcement. “But I started racing when I was 22 and thanks to your support I’ve been able to keep going.”

“In Super GT, I was able to win 13 races in total (1 GT500 / 12 GT300) and in the GT300 class, I was able to become the series champion twice with my Fairlady Z. In the GT-R GT3, I was involved as a development driver from the first year, and I was able to develop tyres for Super GT, challenge the 24 Hours of Nürburgring eight times (three times in GT3), and take part in many overseas races such as the Blancpain [now SRO GT World Challenge] Nürburgring 1000km.”

“I have been able to live such a happy life as a driver thanks to Nissan and NISMO who brought me up to this point, all the sponsors, all the team members I have worked with, my seniors, my teammates, my good rivals, all the people involved in GTA and Super GT, and all the fans.”

“Of course I’m sad to be leaving Super GT, but it’s not the end of the world. As a racer, as a member of NISMO, and as a member of Impul, the big challenges are still to come. We hope you will be able to follow our new challenges in the future.”

“Finally, there are still four races left in the season. It’s been a tough battle so far, but we’re going all out! I want to give it everything I’ve got and finish the season with no regrets. I will do my best to be on the podium with the Gainer guys and Keishi (Ishikawa)! Once again, thank you for your support!”

Hoshino and Ishikawa, driving the #10 Gainer TanaX with Impul GT-R, are currently 15th in the GT300 Drivers’ Championship with four races left in the 2021 season. Their best finish of the season to date is a fifth place finish in the Fuji 500km.