The pair beat of the challenge from the VSR Lamborghini of Baptiste Moulin and Yuki Nemoto and the AKM Motorsport Mercedes of Florian Scholze-Nico Bastian.

Championship leaders Frederik Schandorff and Mchele Beretta (VSR Lambo) took fourth, but they leave Austria having extended their lead to 24 points, benefitting from another unlucky day for the Lechner Porsche of Andy Soucek-Al Faisal Al Zubair, who could only finish 7th after suffering a puncture. 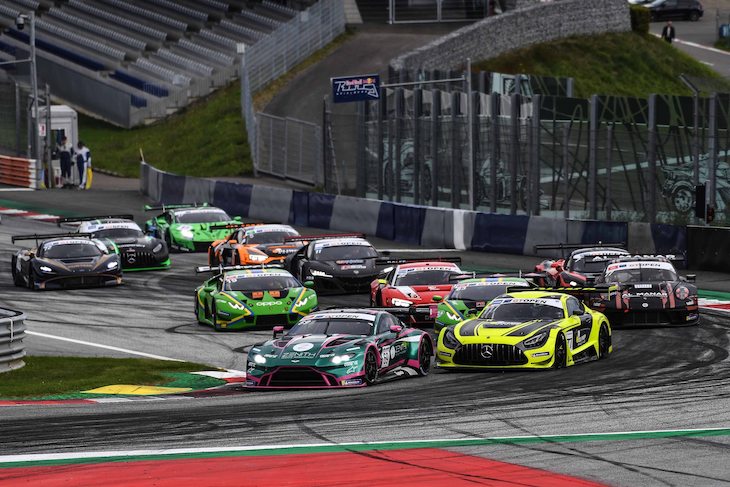 At the start, Charlie Eastwood, who took pole on his return to the series, narrowly kept the advantage over Basz and there was some rubbing between the two, while Schandorff passed Al Zubair. Fifth was Carroll, ahead of Millroy, Moulin and Paverud, while Korzeniowski spun and rejoined last. The leading quartet pulled away, with Eastwood building a 4-second margin over Basz by lap 10.

The pit stop window opened on lap 16, with Moss, Moulin and Scholze being the first to stop.

After all stops, Sam De Haan had a 7-second lead on M.Jedlinski, 8 on Soucek and 17 on Nemoto followed by Beretta, Bastian, Balfe and Moller.

The last two were fighting hard and the Dane passed on lap 26, while Soucek took second from Jedlinski. The Spaniard though would suffer a puncture on lap 28 rejoining eighth. 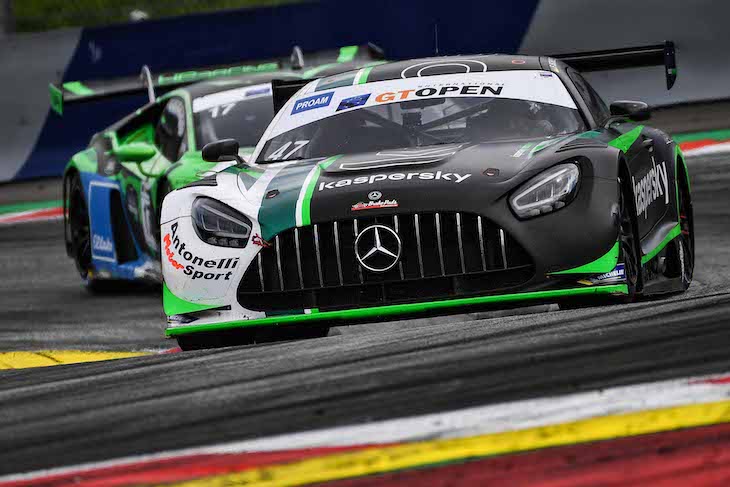