Michael Christensen and Kévin Estre, driving as a duo in the absence of injured Lars Kern, dominated the ROWE 6-hour ADAC Ruhr-Pokal race. NLS7 at the Nürburgring yesterday aboard the #911 ‘Grello’ Porsche 911 GT3 R from Manthey-Racing.

Next up came the pair of Falken Porsches that had qualified 1-2, the internal team duel for third place won by pole-setters Martin Ragginger and Alessio Picariello in the #4 car ahead of Tobias Müller and Dennis Olsen in the sister #3. Romain Dumas and Matteo Cairoli (Dinamic Motorsport Srl) completed the top five with four Porsche out of five!

“It’s always nice to win on the Nordschleife. We had a race without major incidents. It’s great that we were able to take the 55th win for Manthey-Racing and the 222nd win for Porsche today. Michael and I have been driving together very successfully for a very long time. It’s important to stay calm on the track and do the right things at the right time, “said Estre. Michael Christensen added:” Kevin put in a very good first lap. It’s always easier when you can control the race from the front. You can concentrate on yourself. ” 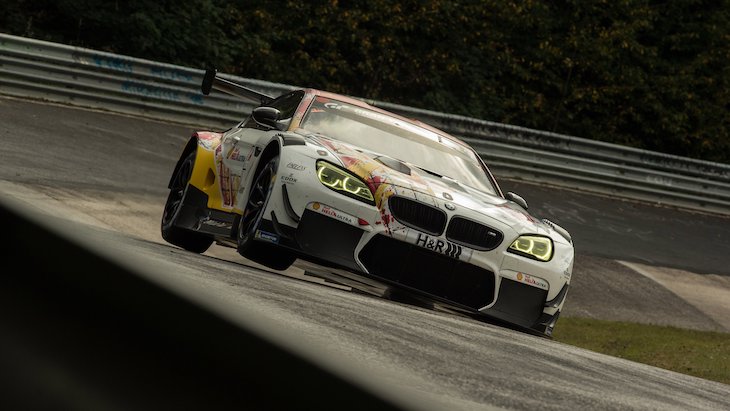 After two victories, the BMW Juniors were also delighted with second place this time. “There was a lot of action in the start phase. I got a little knock to the rear of the car in the second corner and I lost a few places. In the first stint it was very difficult to overtake. Still, second place is a good result for us. We’ll try to beat the Manthey Porsche next time, ”said BMW Junior Dan Harper.

There was also a happy ending for Falken Motorsports. “Unfortunately we lost a few places at the start, but we caught up again in the race. The pace of the “Grello” was a bit better. But, we never gave up on each other. We have to optimize the whole package a bit now. We are well on the way to becoming faster, ”said Martin Ragginger. 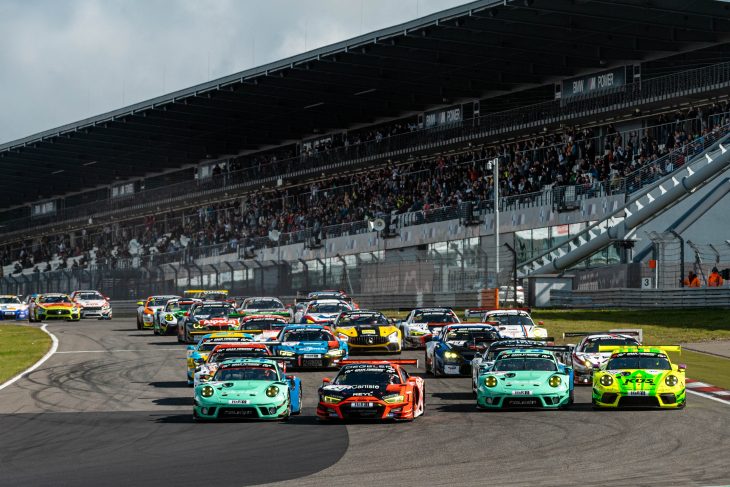 With pleasant temperatures of around 17 degrees, the race started shortly after noon. Alessio Picariello and Dennis Olsen in the two Porsche 911 GT3 Rs from Falken Motorsports formed the front row. The duo though slid back to fifth and sixth. “We knew that the race would be more difficult than qualifying. At the beginning I lacked confidence in the car a little, so it was more about survival. But that got better and better the longer the race lasted. We changed little things at the pit stops. In the end we were able to fight for the podium, ”said Picariello. 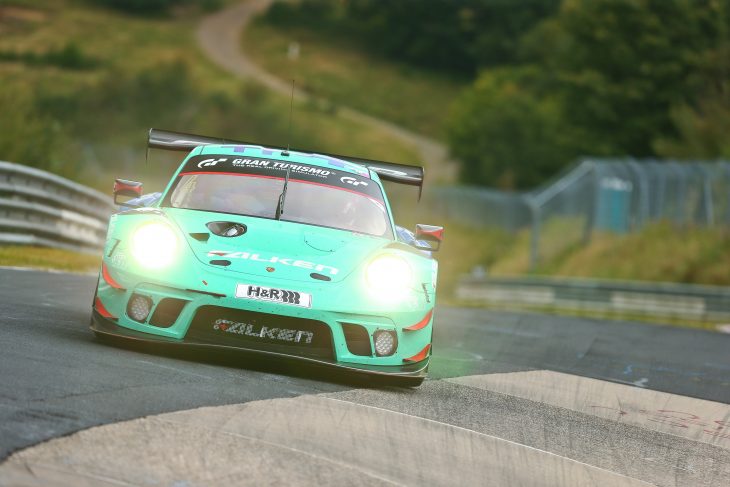 His defence though saw a fantastic three way battle between the #4 Porsche and the BMW Junior car of Dan Harper, with Kelvin van der Linde also tussling wheel to wheel in his #5 Phoenix Audi.

Up front, first Mattia Drudi in the Audi R8 LMS GT3 from Lionspeed by Car Collection Motorsport took the lead, followed by Kévin Estre and David Pittard in the BMW M6 GT3 from Walkenhorst Motorsport. The Briton moved up from tenth to third at the beginning of the race before two punctures blunted their attack.

Behind them, Moritz Kranz also initially showed a strong performance in the GetSpeed ​​Mercedes AMG GT3. In the end, he celebrated the sixth victory in a row in the SP9 Am with Janine Shoffner in twelfth place overall.

It took about half an hour until Estre, who, like Christensen, would double stint, took the lead for the first time. Lars Kern, originally intended as the third driver, had to drop out at short notice due to back problems.

After the first pit stop, Dennis Olsen took over the overall lead with an undercut. Shortly afterwards, the next contender for victory retired from the race with the Audi R8 LMS GT3 from Phoenix Racing. Frank Stippler with contact with a Cup Porsche on the Döttinger Höhe in a double yellow zone, the Audi ending its race in the guardrail.

At the halfway point, Michael Christensen was leading in the “Grello” with an 11.881 second advantage over BMW Junior Max Hesse and Tobias Müller in the Porsche 911 GT3 R (18,603). “There were a lot of Code 60 zones today, that made a big difference. Sometimes the Porsche could drive away, sometimes we could come back. In the end, we couldn’t deliver the very close fight to them

“19 seconds behind after six hours doesn’t sound like much, but there is always a second or two missing per lap. We have to work on that, ”said Hesse later at the finish.

The BMW M4 GT3 made its ‘Ring Racing debut and ran well, until running out of fuel (apparently planned) on the penultimate lap. 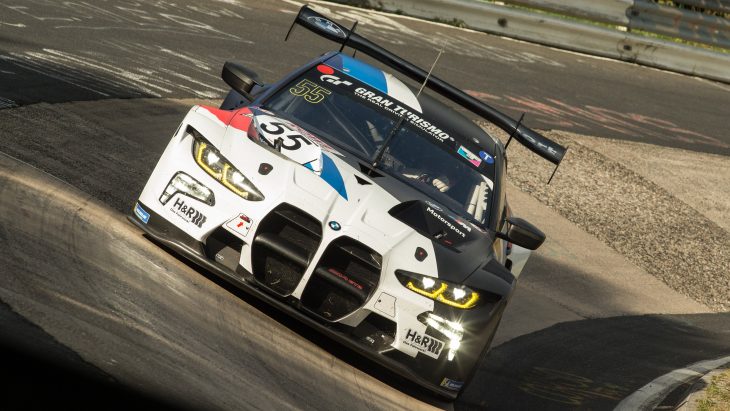 Philipp Eng and Augusto Farfus had driven the new GT flagship into the top ten by then, the car running in SPX as an un-homologated GT3 car with the subsequent pitstop penalties that incurs.

“It was a great honour for me to be able to accompany the first race of the M4 GT3 as a driver. On top of that with Augusto as a teammate, with whom I always have a lot of fun. The car is great, it’s extremely easy to drive. You can overtake the slow cars very well. You immediately gain confidence in the M4 GT3 when you move it. BMW did a lot of things right during development. If I could, I would start the 24-hour race with the car right now, ”said Eng.

Setback for Zils / Stahlschmidt / Rink in the title fight

The battle for the overall championship is also becoming more and more intense.

Danny Brink and Philipp Leisen from Adrenalin Motorsport Team Alzner Automotive, who drive with Christopher Rink, also took first place in the BMW 325i, a sixth success in 2021.

Daniel Zils, Christopher Rink and Philipp Stahlschmidt stumbled through in the production class VT2. The trio of the Adrenalin Motorsport Team Alzner Automotive landed in second place this time after four class wins and a non-score at NLS3. Ben Green, Christian Konnerth, Ranko Mijatovic and Yann Zimmer from FK Performance Motorsport were the spoilsport class winners this time.

The NLS will continue in two weeks time on 25 September 25th with the 4 hour 53rd ADAC Barbarossapreis.