Here’s a handy one-stop shop for anyone looking to catch top with the weekend’s action – where available highlight video clips are included – NB some of these are not voiced in English.

Chris Dyson took a pair of wins at Watkins Glen in his mighty Mustang to extend a Championship lead 20 years after his Pro racing debut at the same venue. 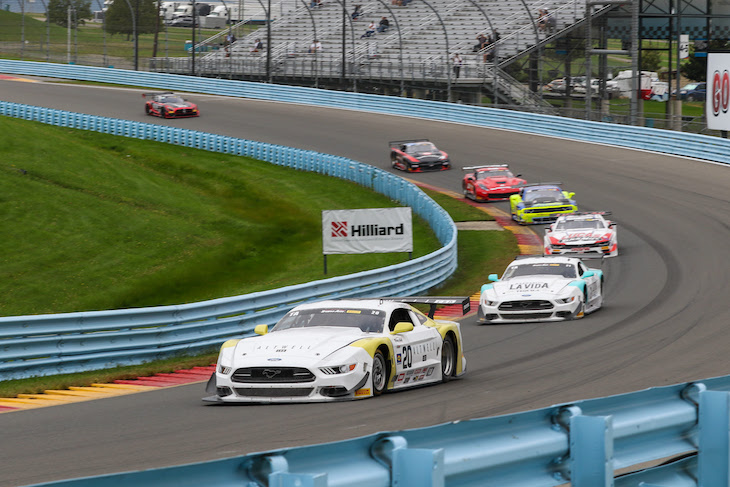 Championship rival Ernie Francis Jr had a horrible weekend with reliability issues seeing him DNF on Saturday and hobble home to a distant finish on Sunday.

Tomy Drissi meanwhile lost a Saturday win to a post-race penalty after passing Dyson under yellows, he ended race 2 in the barriers.

On a celebratory weekend meanwhile who better than long-time friend and ex Dyson Racing team-mate Guy Smith to play wingman to Dyson, the 2003 Le Mans 24 Hours winner scored a second and a third over the weekend in support of Dyson’s Championship effort and now leads the Championship Rookie standings as a result!

There are two race weekends remaining in the season with Dyson leading in the points by 46 from Drissi with Francis a further 17 points adrift.

Eleven months after the Sports Prototype Cup’s debut Formula 1 support race in Portugal, the combined Revolution Trophy and Radical SR3 Trophy was back on an F1 support bill at Monza for a pair of races. 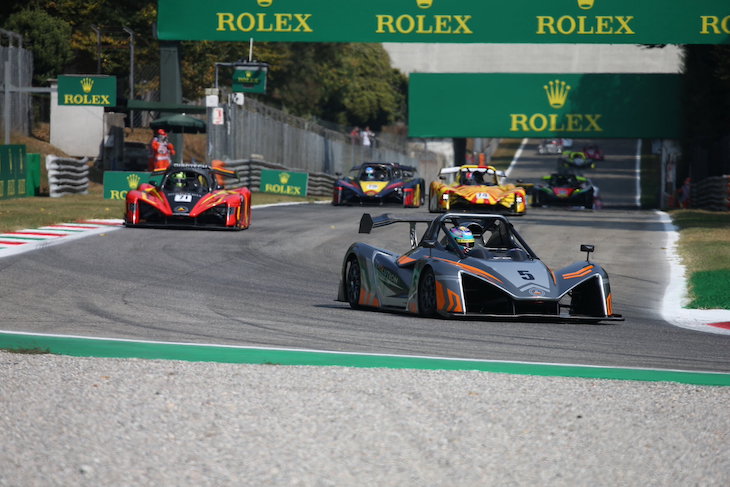 Both 35-minute races were won by long-time LMP racer Michel Frey with his Revolution A-One, while the Radical SR3 Trophy victories were shared by Martin Verity and Mihnea Stefan. 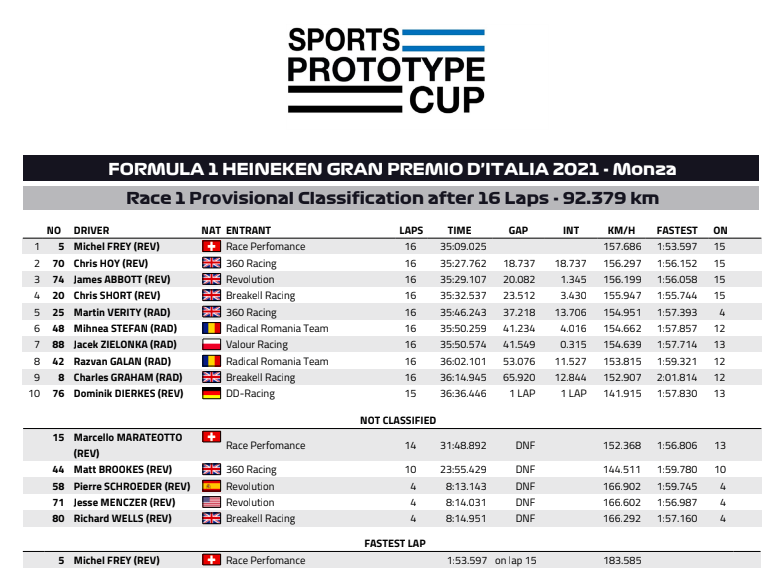 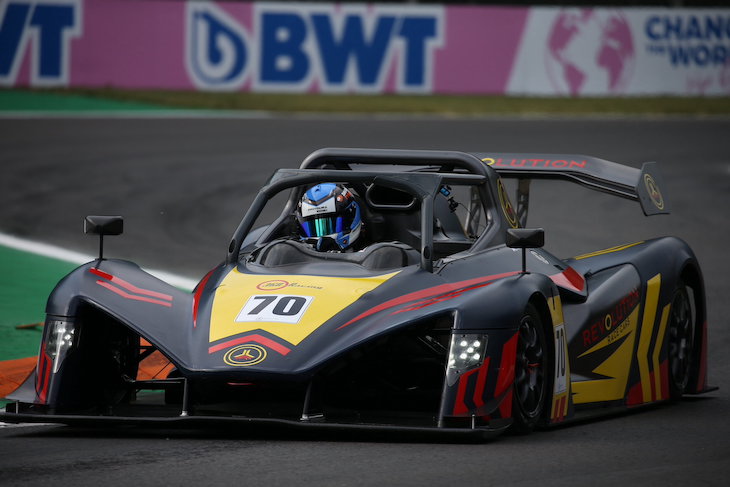 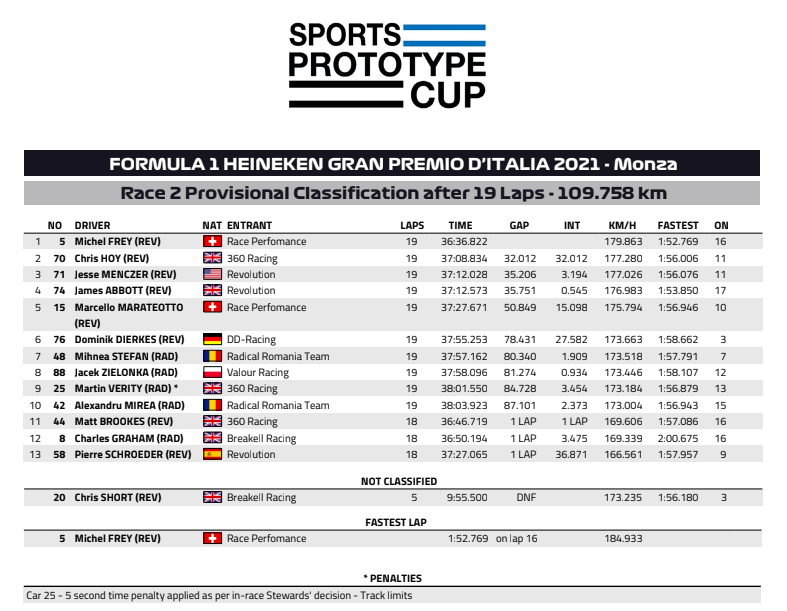 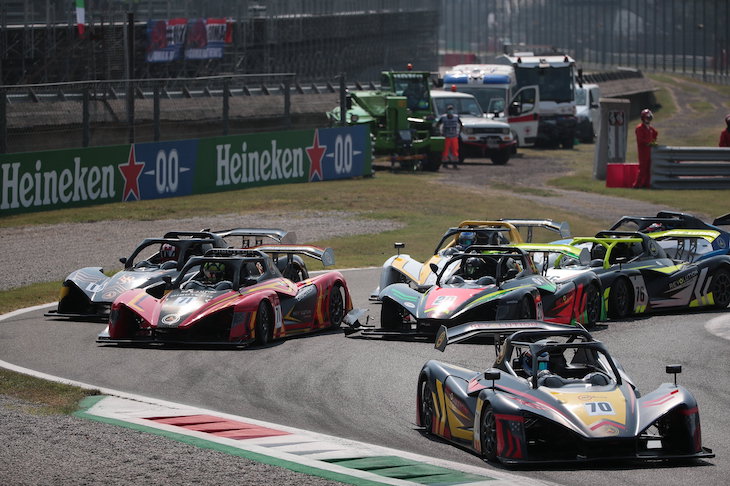