Sebastien Loeb Racing took its first Main Race win at the Circuito de Navarra in round 5 of the 2013 FIA GT Series. After Qualifying Race wins at Nogaro and the Slovakia Ring the French McLaren team took two wins on Sunday in Spain. 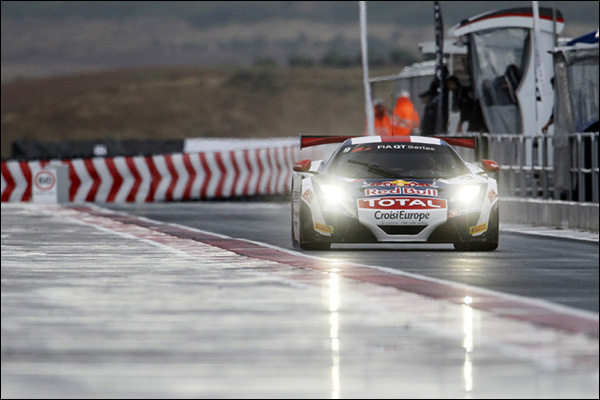 A wet circuit and changing weather conditions gave the teams a hard time on Sunday morning. On the grid some drivers decided to go for wets where others went for slick tyres. The result after the start of the race was a number of cars going wide at turn 1 and Alvaro Parente taking the lead. A superb start meant Lucas Ordonez went from 10th on the grid to third out of turn 1, but after taking a penalty for an overnight engine change he and teammate Alex Buncombe eventually finished 13th. 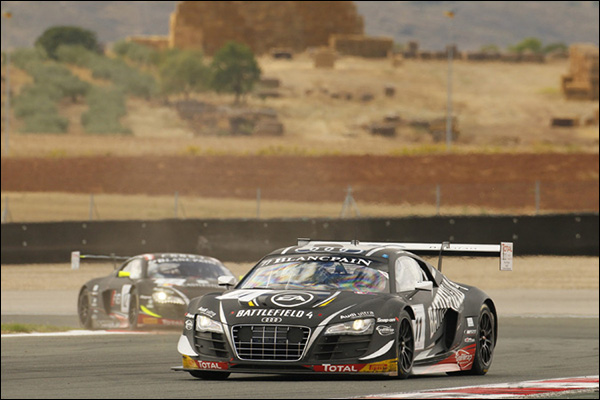 Behind Parente title contenders Edward Sandström and Laurens Vanthoor fought for second place and important points in the title battle. Vanthoor managed to pass Sandström right before the mandatory pit stop in which Belgian Audi Club Team WRT decided to split their chances; Frank Stippler was sent out on wets again and Stéphane Ortelli was given a set of slicks.

As the weather didn’t improve Ortelli dropped down the order, while Sébastien Loeb, who stayed on wets, kept leading the field all the way to the finish. Rain 10 minutes before the finish couldn’t stop Loeb from winning the race. He finished ahead of Stippler, while the Grasser Racing Team Lamborghini of Hari Proczyk and Gerhard Tweraser finished third overall (1st in Pro-Am). 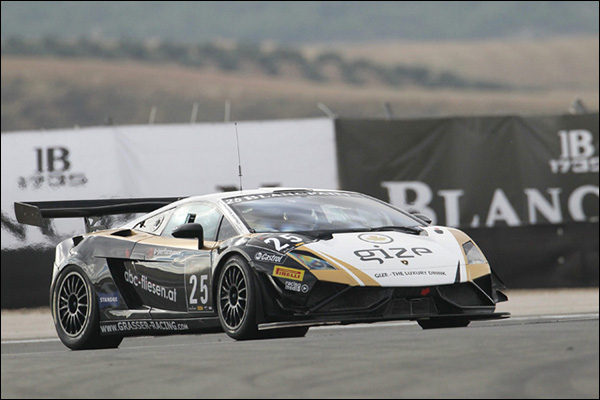 Sebastien Loeb Racing went on to dominate in the Main Race on Sunday afternoon. Loeb started from pole position and led the field through the first corner, followed only by teammate Andy Zuber. Series leader Stéphane Ortelli spun his Audi on the first lap and dropped out of contention for the race win.

As the pit window was about to open Zuber suffered a puncture, but the McLaren driver made it into the pit as it had opened and teammate Mike Parisy retained second place behind the #9 McLaren MP4-12C GT3 of Alvaro Parente. 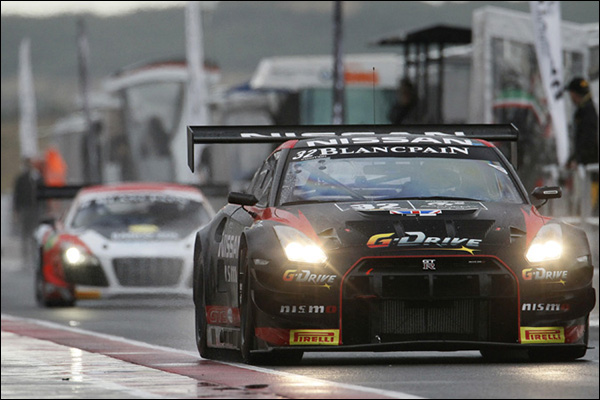 Meanwhile Nissan’s Steve Doherty had moved up into fourth place overall and first in Pro-Am, followed by Alex Buncombe in third in class. Unfortunately the two Nissan GT-R Nismo GT3s nearly hit each other on the pit entry, resulting in an extra lap for Buncombe and Ordonez losing a lot of time in the pits when the Nissan GT Academy Team RJN crew worked on the Doherty/Reip car.

After the round of stops Sebastien Loeb Racing was still in first and second, followed by two WRT Audi’s. Vanthoor ran out of luck though and returned to the pits 10 minutes before the end of the race with brake disc issues. The young Belgian driver rejoined a couple of minutes later, but would also have to take a drive-through penalty. 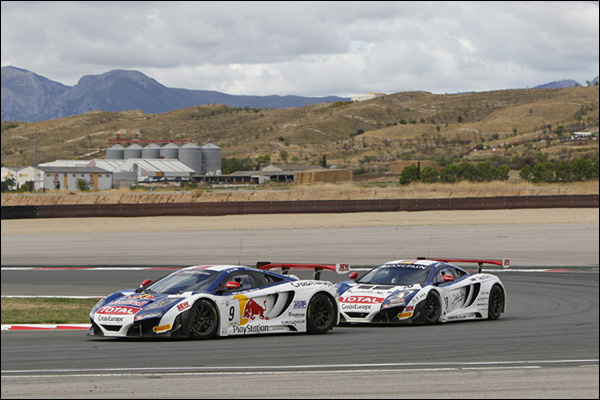 After 36 laps it was Parente who won the race, followed by Parisy. The WRT Audi of Stippler and Sandström finished in third place and with Vanthoor only taking 15th overall the gap between the two WRT teams has been reduced to just 5 points with only Baku left. HTP Gravity Charouz drivers Sergey Afanasiev and Andreas Simonsen won in Pro-Am, ahead of Wolfgang Reip and Steve Doherty’s Nissan. The Mercedes pair now leads the championship by 19 points over Grasser Racing’s Hari Proczyk. 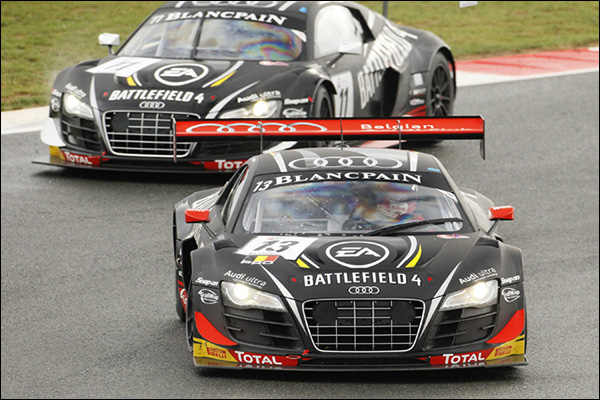 Next stop: Baku, Azerbaijan at the end of November for the season finale.