Race day arrived at Le Mans with cloudless skies, warm-temperatures and with the campsites covered with empty bottles and spent fireworks after another energetic evening. The only cloud on the horizon (literally) was the possibility of a thunderstorm or two about an hour either side of the 3pm start time, but that wasn’t an issue as Warm-Up began at 09:00.

The #79 ProSpeed Porsche was in scrutineering as the 45-minute session commenced after its chassis-transplant. However, large question marks hung over its participation in the race on account of its proposed replacement driver, Sebastien Crubilé, being Bronze-rated and having done no laps either this week or at the Test Day; neither had he participated in the rookie test for the Slow Zone. A decision from the Stewards was still due.

The first 20 minutes of the session were relatively straightforward, with biggest issue being the reporting of several cars for speeding in the pitlane. The two Toyotas led the way on the timing screens, with the #8 heading the #7 by six-thousandths of a second – both cars running in the 3:25s – while the #35 G-Drive Ligier heading P2, the #73 Corvette headed GTE-Pro and the #98 Aston Martin headed GTE-Am. Marcel Fässler took the #2 Audi to P1 five minutes later, while Nicolas Lapierre did the same with the #8 TS040 shortly afterwards. 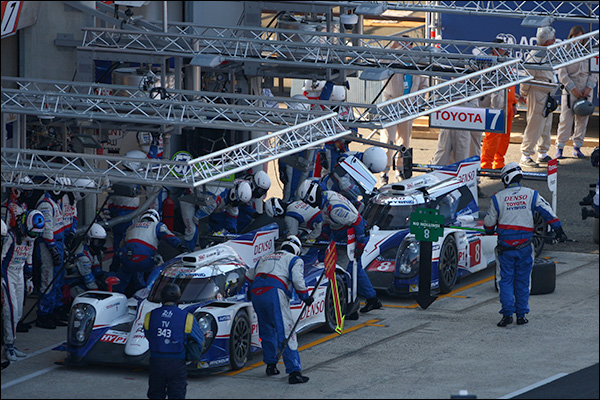 Sebastien Buemi improved the pace of the lead Toyota to 3:23.731 with seven minutes still on the clock, by which point all 54 cars had completed at least one lap. By this point, the #48 Murphy Oreca had gone quickest in P2, while the #95 Aston had done the same in Am. Lotterer closed to within a hundredth of the #8 Toyota in the #2 Audi with four minutes to go, but a possible quicker last lap ultimately came to nothing.

The only contact noted during the session occurred near the end when the #37 SMP Oreca of Maurizio Mediani clipped the #70 Team Taisan Ferrari of Shinji Nakano, but the only casualty appeared to a wing end-plate. But it was the #27 sister car that enlivened the final moments of the session – the backend of the car snapping away from Mika Salo at the Porsche Curves (possibly as a result of the debris from the previous incident) and spearing the car into the tyre wall at speed after time had run out on the clock. Damage didn’t look to be too severe, but the SMP mechanics were in for a busy time ahead of the race start. 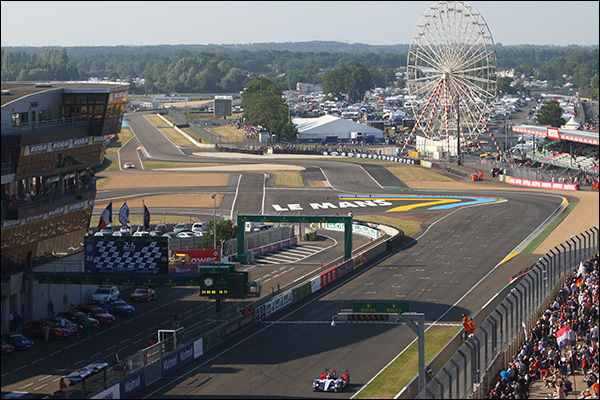