With time now to take a breath after the rigours of June we can catch up with some of the features from a packed month that we’d have much preferred to have brought you rather earlier.

First up is a look back at the 10th anniversary of Aston Martin Racing, and in particular a decade of AMR adventures at the Le Mans 24 Hours.

It has truly been ten years of triumph and tragedy, soaring highs and terrible lows.

2005 saw the Le Mans debut of the simply magnificent Aston Martin DBR9, produced by AMR as Prodrive’s competitive successor to their near all conquering version of the Ferrari 550 in the blossoming GT1 category. 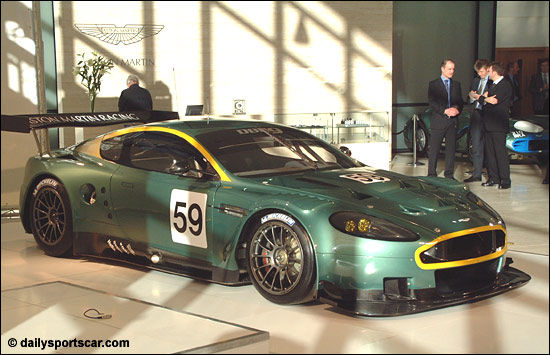 The mountain to climb was topped by the dominant Corvettes but after a debut win at Sebring the Aston Boys were up for the challenge and it was mighty close between the new Astons and the new Corvette C6.Rs before very late race problems for both Astons left the Vettes to come home 1,2, the #59 car with a radiator leak, the #58 hitting trouble almost at the same moment with apparent fuel evaporation issues. 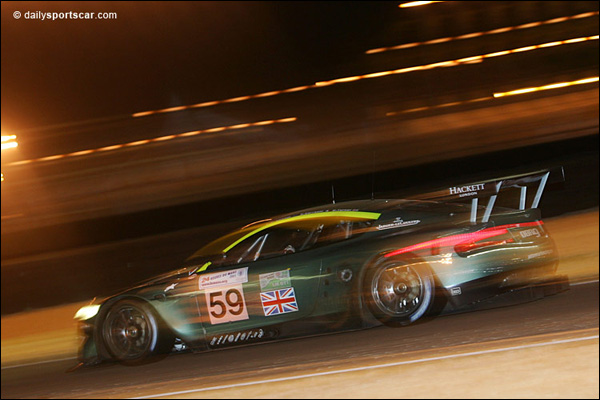 Year two of Project DBR9 and it was a near carbon copy in some ways, an epic scrap with the Corvettes, and a late problem putting the leading Aston out of ultimate contention, #009 suffering clutch problems and gifting the win to the Corvettes again. 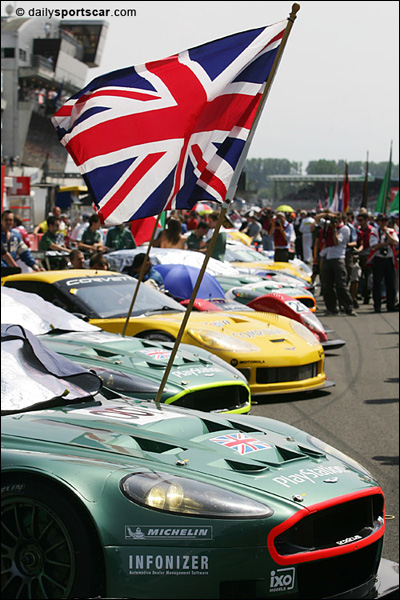 Two factory cars again in 2007 and after two near misses this time they scored a bullseye, pace, racing luck and whilst the class as a whole showed great reliability, the #007 Aston kept out of the pits and clear of the opposition for a famous win, 48 years after the marque’s overall crown, this one felt just as good to all involved. 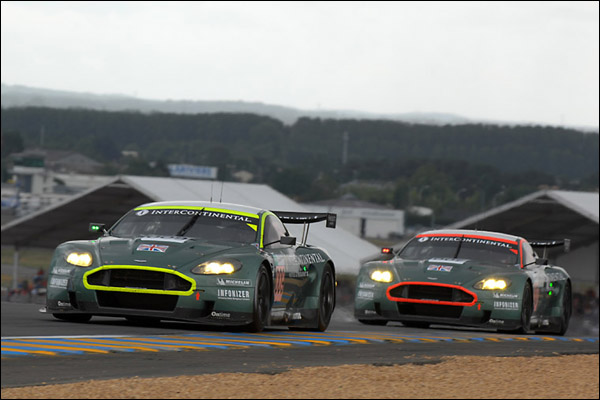 The biggest item left on the DBR9 todo list had a great big Feltham Green tick alongside it – now a Le Mans legend not an also ran.

Few fancied the Astons chances in the final year of a four year run but the now Gulf liveried old chargers took the fight to the Vettes and with an absolutely faultless run took a second consecutive win with Turner and Brabham joining the team, and the DBR9 in ‘doing the double’. 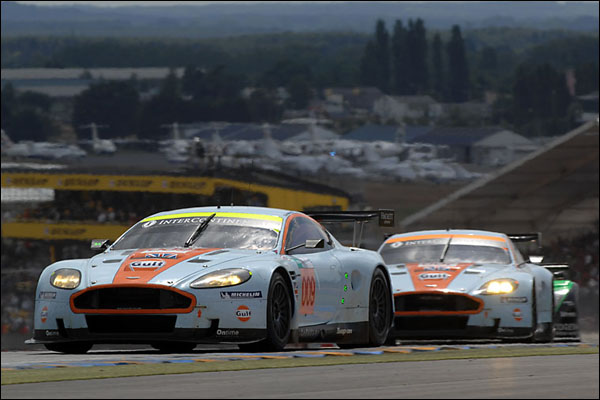 It was a great way to close the GT1 era of epic battles with the Corvette boys, a feature of the great race that brought attention to somewhere other than the overall winners – a rare thing indeed.

GT1 had faded away and Aston Martin fancied a crack at overall wins – WHilst their timing was a bit off, V12 petrol vs massively powerful turbo diesels was an uneven contest, the Lola chassied, AMR bodied LMP1 was a classic – Anyone who experienced one of the cars starting up from a pitstop will never forget the experience, and at full chat the thing was just marvellous. 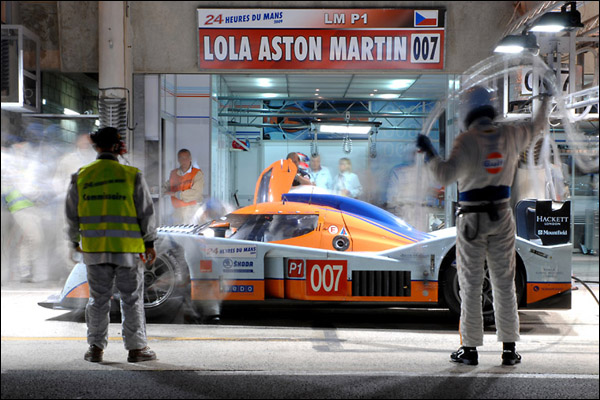 2009 would see mixed fortunes for a trio of LMP1s with the #007 car coming home with the best result, and the best overall finish at Le Mans for AMR in their first decade coming as part of the package, 4th overall perhaps the worst possible place to finish, just off the podium but a fine result

The Lola Aston Martins were back for another crack at it in 2010 and, against all the odds, with the extraordinary meltdown of the Peugeot attack, looked set to match the overall fourth place finish of the previous year. 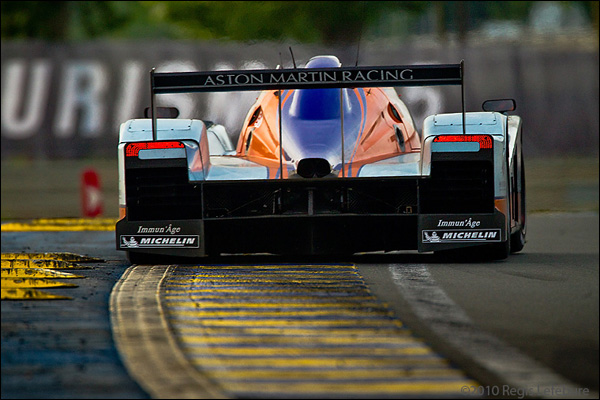 That was until the final hour when the #009 car ground to a halt with a highly unusual V12 engine failure, the sister car would profit from its misfortune but would come home fifth. A fine result still but Aston Martin had hoped for more, and would soon roll the dice to see whether they could get it in 2011! 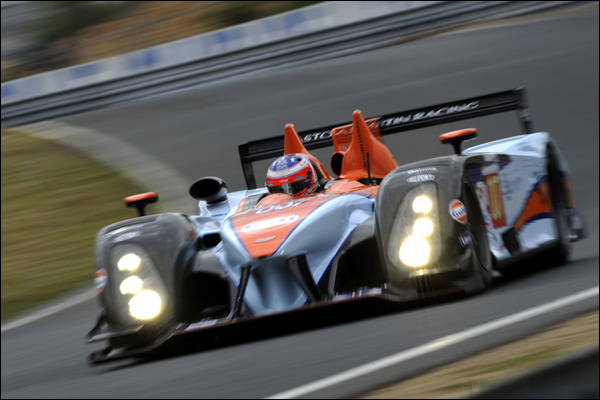 2011 started with huge promise, Aston Martin gunning for an overall win with a brand new, and pretty radically different, LMP1 car. The inline turbo 6 though proved to be a massive step too far. Le Mans was an embarrassment to a team that had spent years building up a reputation as one of the most competitive on any grid – 6 laps completed between two cars at this level was the starting gun for big changes in Banbury, in terms of manpower, and in terms of the way in which programmes were planned and funded.

“Back to our GT racing roots” said David Richards as the factory GTE era began and John Gaw arrived too as MD. 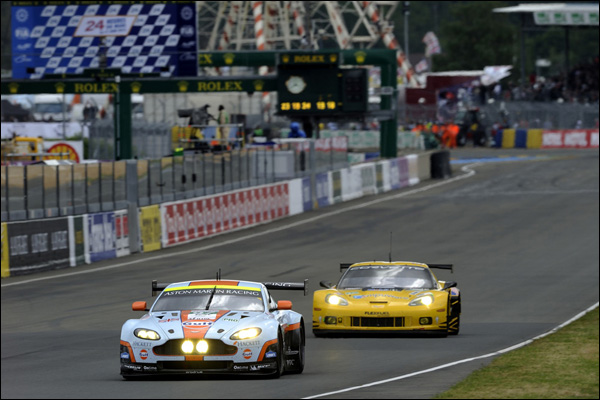 One car in each of the GTE sub classes saw high hopes with the sonorous Vantage GTE – but there were problems with outright speed and that likely cost the Pro car a better result with just a single minor off for Stefan Mucke spoiling an otherwise perfect run.

Aston Martin’s Centenary year should have been a cause for celebration, and a hugely strong five car effort at Le Mans, including three Pro cars which had taken a BIG step forwar in pace, showed every prospect of adding major silverware to the marque’s history books.

It wasn’t to be – Lap three saw Allan Simonsen lose control of the #95 GTE Am Vantage and succumb immediately to the injuries caused by an impact with an armco barrier sitting directly in front of a substantial tree. 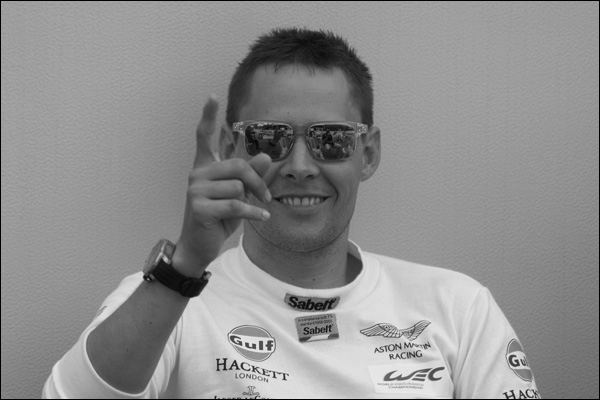 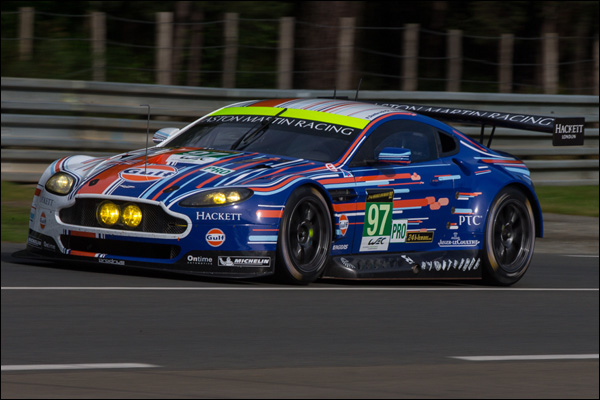 After one anniversary year, 2014 saw another, and whilst the run in to the race saw massive disappointment for the Craft Bamboo entered car after Fernando Rees joined a lengthening list of drivers coming to grief in the Porsche Curves, the remaining three cars all ran well, the #97 Pro car in the mix for a podium finish until power steering issues struck in the last quarter of the race.

Both Am cars led the race but to the delight of most onlookers the #95 Young Driver AMR entered ‘Dane Train’ took the win, Kristian Poulsen and co. blew away the dark clouds of 2013 with a win that the team dedicated to Allan Simonsen’s memory. 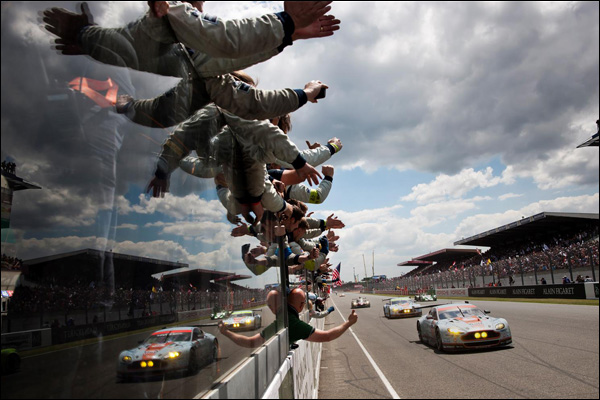 A third class win (and a seventh podium) in a decade of trying was a bright chapter to end the first ten years.

The 2014 podium was a unique one at AMR for another reason too – the first of the seven that didn’t feature Darren Turner on the driving squad, the factory stalwart an ever present since the very beginning. 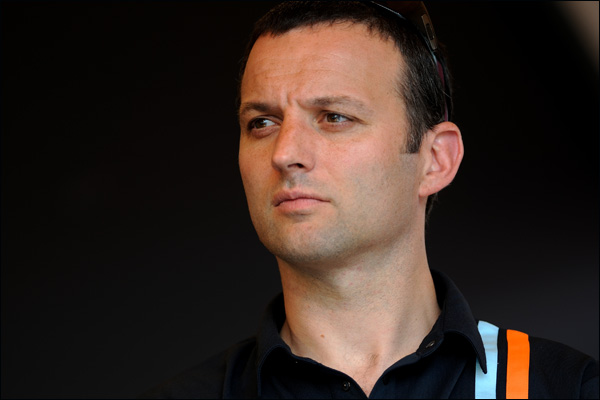