1645: The final round of pitstops is underway. The rain has stopped again, and WRT has elected to put slicks on Vanthoor’s R8 for the final stint.

1656: Al-Faisal pits the #19 Mercedes to trigger what should be the final lead change of the race. 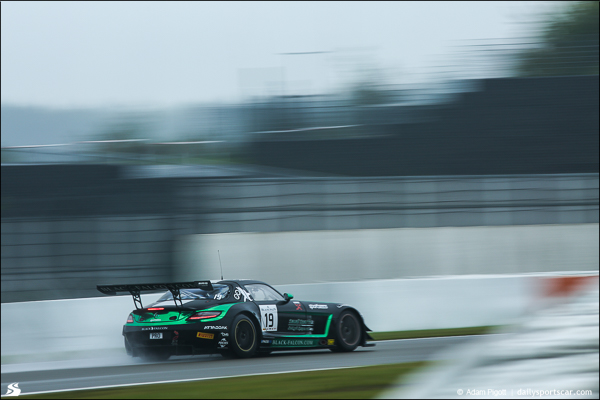 1658: The #3 Audi, #11 Kessel Ferrari, #14 Emil Frey Jaguar, #15 Boutsen Ginion BMW, #26 Sainteloc Audi, #50 and #52 AF Corse Ferraris and the #79 Ecurie Ecosse BMW all get drive-throughs for improving times under yellow flags. Fortunately, this doesn’t affect the championship battles or any of the major positions.

1710: Julian Westwood leads the Gentlemen Trophy class in the #22 Team Parker Racing Audi. Frank Schmickler is second in the #458 Rinaldi Racing Ferrari and Steve Earle is third in the #111 Kessel Ferrari. As it stands, six points for seventh place will be enough to give Peter Mann and Francisco Guedes the Gentlemen Trophy title ahead of Schmickler and Alexander Matschull. 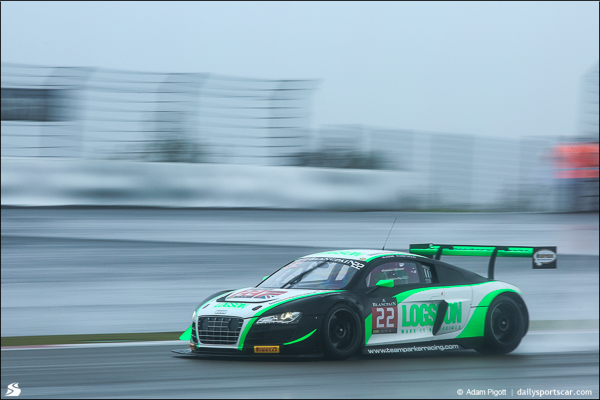 1714: The sun is out now in a very typical Eifel mountains weather reversal. On track, the #90 Villorba Corse Ferrari (with Kemenater currently at the wheel) is given a drive-through for pit stop infringement. Gai and Rizzoli should still hang on for the Pro-Am class title, however.

1718: Less than half an hour to go. A moment of oversteer at the first corner sees Mark Poole nudge the barrier in the #38 Aston, but he gets back on track. This drops the car to 14th overall. Pro-Am top three is now Hasid in the #12, Lunkin in the #18 and Kemenater in the #90. 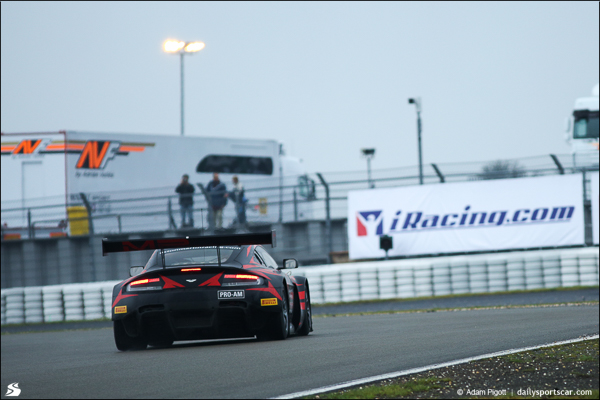 1724: Steven Kane is currently sixth in the Pro Class in the #7 Bentley. If that doesn’t change, then he, Guy Smith and Andy Meyrick will finish second in the drivers’ championship, just one point ahead of Sainteloc Audi pilots Ortelli, Guilvert and Sandstrom. 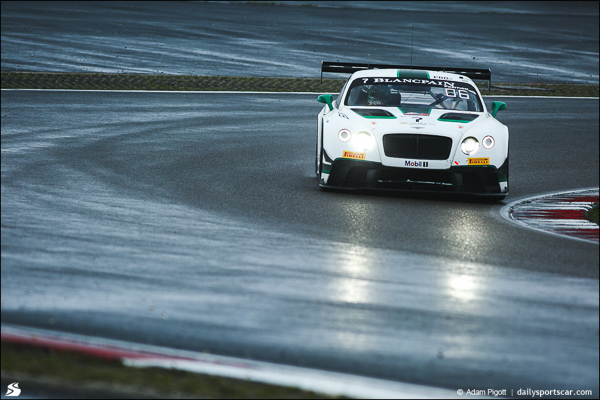 1732: The Insight Racing Ferrari is off again following contact with the #35 Nissan.

1734: A late splash-and-dash for Estre in the #99 McLaren sees, but the car is far enough ahead of Lunkin not to lose fifth overall. 1746: Hassid and Catsburg win Pro-Am and finish fourth overall in the TDS BMW Z4, while the Pro-Am drivers’ title goes to Gai and Rizzoli in the Villorba Corse Ferrari. DSC has to make a hasty exit for the trip home, so that’s all from us for now – thanks for following! 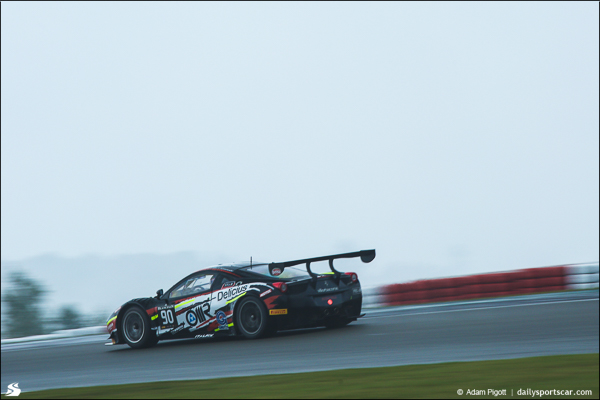