It was eventually a fine win for Aston Martin Racing, but only after both Stefan Mucke and Darren Turner took the very considerable fight to the Porsches.

The AF Corse Ferrari attack faded in the rain delay after Toni Vilander had attacked with gusto at the start, Gimmi Bruni recovering positions to third by the flag to retain the Championship lead. 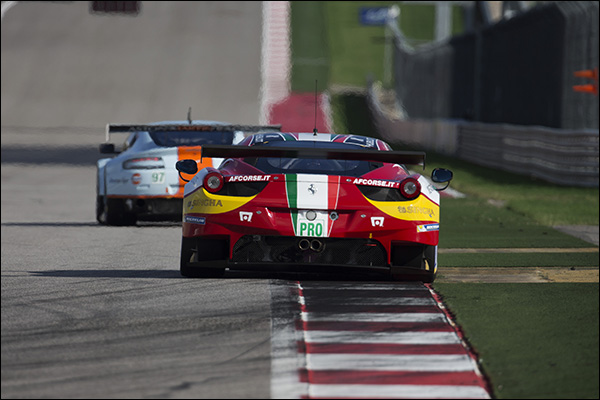 In the middle part of the race there was a fine display of formation attack from the Porsche pair, Patrick Pilet and an off colour Jorg Bergmeister first fighting their way to the front of the pack and then seting about each other, the 100% fit Frenchman coming out on top of an ailing Jorg.

They looked secure at the front until the Aston attack came in earnest – Mucke doing the initial heavy lifting to split the pair, Nick Tandy resisting until an electronic failure at a pit stop interrupted a fine run. 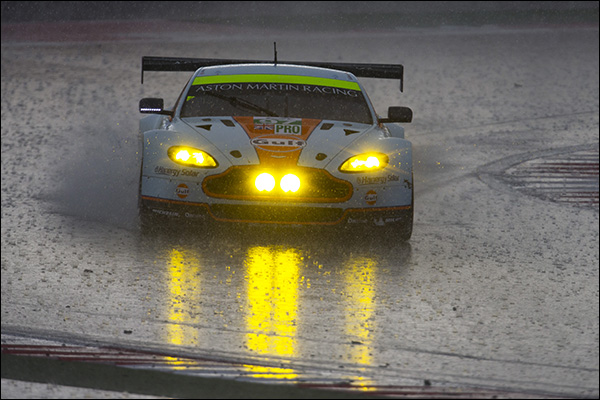 Darren Turner picked up the baton from Mucke and mounted a typically spirited attack – Two consecutive laps of attacks to the inside of Turn One saw Pilet cover that option at the third time of asking, only to see the Aston martin take the outside line to secure the pass.

This was an excellent and much needed win for the #97 crew after an early season that has seen plenty of luck, all of it bad!

The #99 Aston Martin showed some real speed at various points of the race but tangled with the Krohn Ferrari and did not get the best of the luck after the red flag period. Neither for that matter did the one-off entered Corvette, the red flag calls cost it two of an eventual three lap deficit, a real shame for an effort which has plenty of supporters for a continuation, but sadly no immediate budget.

The #71 Ferrari of Davide Rigon and James Calado saw some solid midfield running but suffered a battery problem that saw the car in the garage for long enough to count them out of contention for the podium. 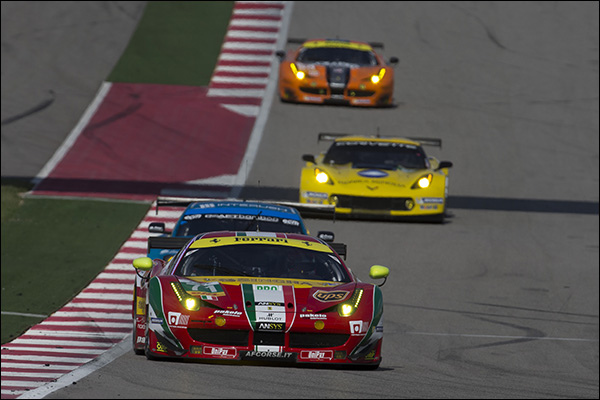 A final 15 minute battle between the two Aston Martins for the class win secured a double win for Banbury, and heartbreak for the Proton Competition Porsche team that had led for much of the post red flag period 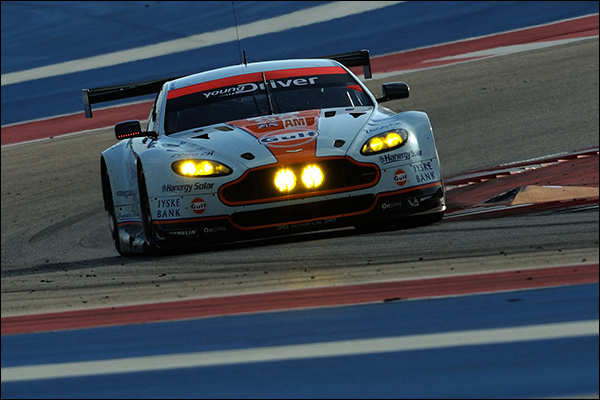 Indeed it was a Porsche 1,2 for a while, the Prospeed 911 RSR dropping back to the tail of the field after setting pole position, but back up to second spot before Francois Perrodo suffered mechanical problems which saw the car garaged for long enough to count it out of contention.

The #88 Porsche led with Khalid Al Qubaisi doing a fine job of defending a lead stretched by problems for others but the sheer pace of the Astons began to tell despite some fine running from Klaus Bachler. 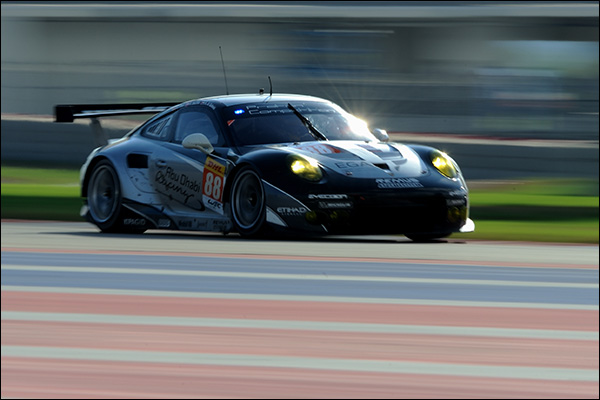 All three AF Corse run Ferraris hit trouble. The #81 and #61 cars falling victim to the downpour with the #61 dropping out of the leading group as a result and the #81 being dealt a 1 minute stop go after the team were adjudged to have worked on the car under red flag conditions

The #90 car has a couple of nasty moments, the second seeing Jeff Segal caught out by the kerbs on the exit of Turn 20 where the astroturf on the run off had been ripped away in sheets, he spun the 8Star 458 and was almost collected by a number of following cars before rejoining by driving against the flow of traffic, the American fortunate to avoid contact or subsequent sanction. 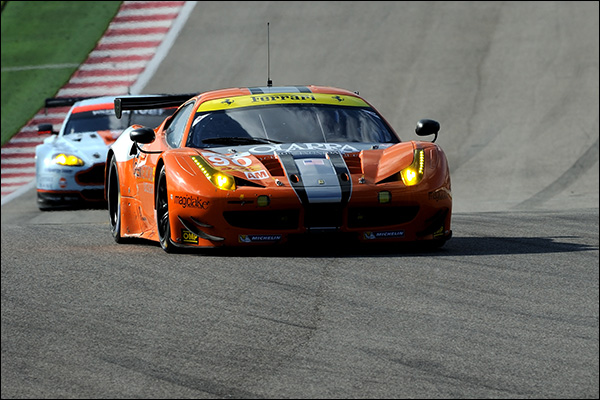 The Krohn Racing Ferrari was the innocent victim of contact from the #99 Aston martin early in the race that damaged the #57 cars front aero. 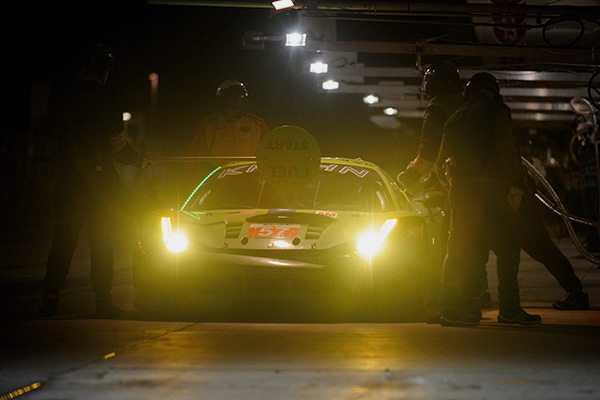 The two Astons by comparison had relatively incident free runs, both led the race, Richie Stanaway indeed took the #95 car briefly to the overall GTE lead as the Pro cars pitted at the end of the first hour but the Astons both pitted under the red flag and were forced to fight back thereafter.

Christoffer Nygaard did a fine job of pulling back ground in the #98 Aston handing the car to Pedro Lamy who completed the run back to the front, coming out the winner in a head to head battle with Christian Ried. 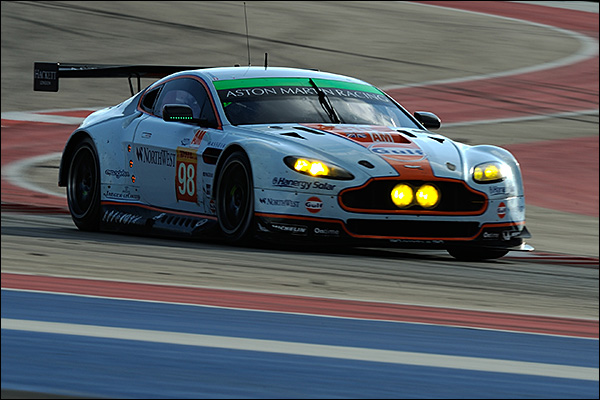 Lamy though was put under extreme pressure by Stanaway at the end of the race, the Kiwi scything into the Portugese drivers advantage, the pair crossing the line just tenths apart in a result that extends the #95 crew’s class lead.