The promised rain is not showing its face at all, in fact temperatures are soaring, unlike internet speeds here at Interlagos which are disgracefully slow or non-existent! (and with no timing screens in the press room either!)

There are understood to be a range of issues linked to disputes between the Fittipaldi Group and a range of service providers who serviced last year’s WEC event but have refused to do so in 2014. It seems the prospects of the FIA WEC returning here in the future (no earlier than 2016) under the current arrangements are fading by the hour.

The resurfaced track though is showing a marked improvement in grip levels.

After Fernando Alonso last time out at Bahrain, Interlagos has seen the arrival of Williams F1 star, Felipe Massa in the paddock today.

He is visiting lots of old friends including Rebellion Racing’s Nick Heidfeld (seen here), and no doubt many others up and down the grid teams including those from his old F1 team, Ferrari. 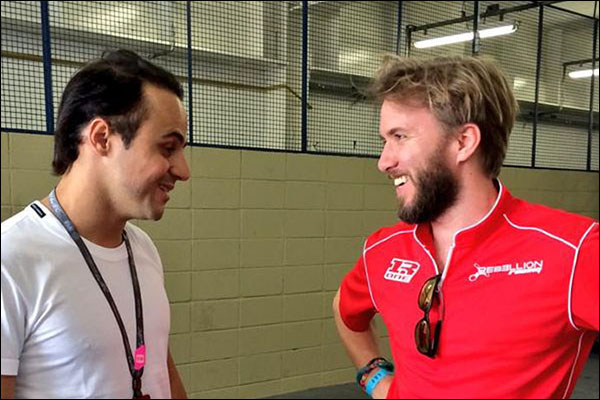 In the paddock there’s an interesting bit of needle emerging in the LMP2 title battle, Sergey Zlobin says that he has old scores to settle with Rusinov that date back to 2002 when he was on the cusp of a deal with Minardi to race in F1.

Rusinov ‘got in the way’ according to Zlobin and the deal was scuppered. Zlobin actually left racing for a few years as he was so disillusioned. It is a wound that appears to have been re-opened and he hasn’t spoken to Rusinov since. To say they do not like each other would be a masterpiece of understatement!

Rusinov meanwhile is concerned about the #37 SMP car which ‘tried to have us off at Shanghai (the hairpin) and Bahrain (which actually occurred on the formation lap as well as T2!). 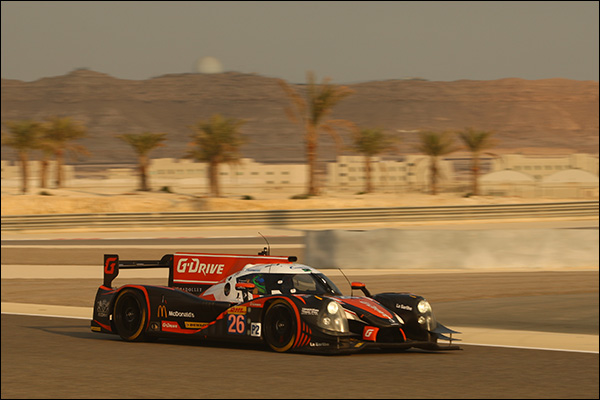 In other Russian LMP2 news Zlobin confirmed to DSC that he will not race in LMP2 next year in the new SMP LMP2 coupe. He reckons at 100kgs (we think a conservative estimate!) he is too heavy for a new car!