We could have a new GT marque coming to race in the Tudor Championship later this season. I’ll have the full details early next week, and based on initial discussions, racing in IMSA and a European WEC campaign is under consideration. 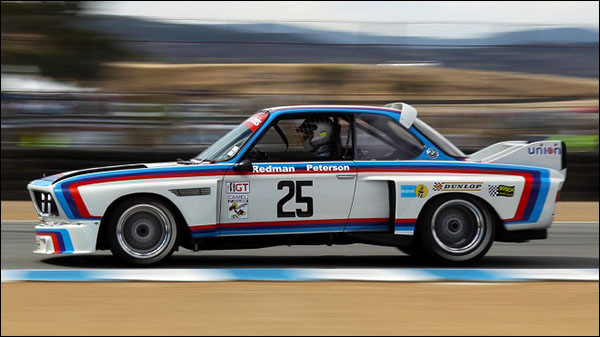 If you’re wondering why BMW Team RLL traded in the #55 and 56 on its GTLM Z4s in favour of #24 and 25, it was done to honor the 1975 BMW CSLs (ABOVE) that made such an impression in the IMSA GT series 40 years ago with drivers Sam Posey, Hans Stuck, Brian Redman, and the late Ronnie Peterson, among others.

What a great nod to their early days in IMSA, and for those who know the Bavarian manufacturer’s fondness for history, the ode-to-1975 number change is very BMW.

BMW Team RLL could end up with the tallest driver lineup in the Rolex 24. Their roster of 6-footers in the #24 BMW Z4, possibly the most cramped cockpit in GTLM won’t have a spacious experience during the Rolex 24, but at least they’ll have a uniform cabin to work within.

“It’s awesome having Lucas Luhr in the team for the first time, Eddy [John Edward], and Jens Klingmann, who BMW really rates highly,” said Graham Rahal. “And the cool thing is we’re all about the same height; Jens is even taller than me, and we’re all at least 6-foot-2. It’s tight in there for all of us, but it makes it easier with settings and seat inserts on pit stops.” 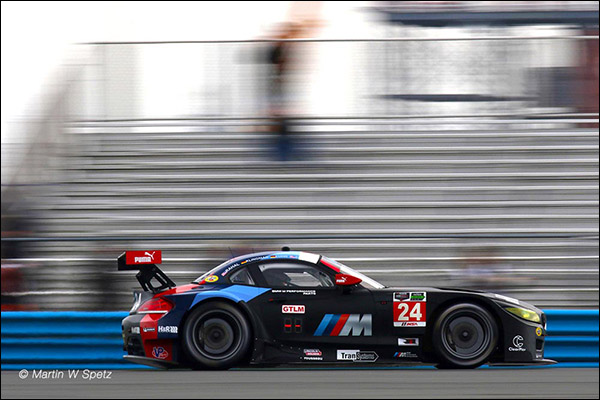 The team originally had the lanky Edwards in the #25 and comparatively diminutive Werner in the #24. After a round of private testing at Daytona, the 3-tall/1-short dynamic in each car stood out, and by the end of the test, tall and short cars were implemented for the race.

“It’s kinda funny when you see the difference between the guys in both cars,” Rahal added. “Getting the height thing sorted out will help us in the race, for sure.”

I spent about an hour with Sebastien Bourdais recently, and among the various topics we covered, the native of Le Mans, France, shared his thoughts on the recent tragedy in Paris.

“It’s a sensitive matter, and you want to stay as neutral as possible so people don’t misunderstand you, but it’s a global problem and it’s sad to see innocent people pay the price for extremists with different views,” he said. “Compared to what people in France are dealing with, it makes coming here and going racing feel very unimportant and trivial. The sad thing is I have a lot of friends who are Muslims, and their religion is probably the most open and forgiving of all, but some people use it for very different purposes that goes against those beliefs.”

Bourdais’ countryman Simon Pagenaud flew directly from Paris to Daytona shortly after the killings took place, and as you might expect, wore the look of someone deeply affected by the those events. At least seven drivers set to compete in this weekend’s race hail from France, and the subject was too raw for many to explore.

“It’s not easy to talk about, and I know everyone has a very heavy heart right now,” Bourdais added. We are here to do our job, but the human side sometimes needs to stay separate so you can focus on what you’re there to do.”

Bourdais hopes the backlash to what took place at Charlie Hebdo, and other locations in the days that followed, does not escalate.

“You have the killings that take place, and then you have the reaction to it, crazy things like people throwing grenades at a mosque in Le Mans, and you end up treating violence with violence,” he said. “I don’t know how to solve these problems, but I do know more violence isn’t going to get us anywhere.”