The first day of the Blancpain Endurance Series test last week saw a lunchtime opportunity to tour the new ‘SRO Race Centre by MMC’ housed in the huge Mistral Hall inside the Paul Ricard circuit. 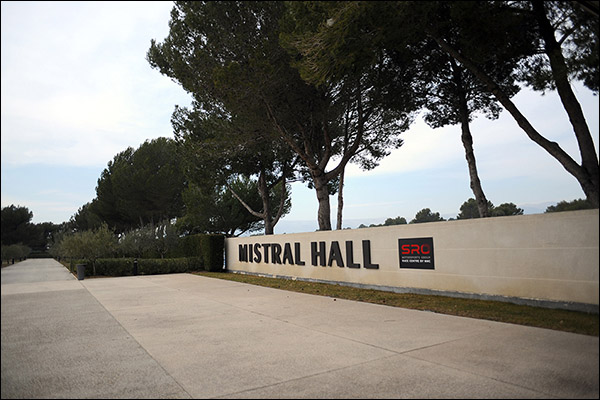 The facility was last visited by DSC back in 2010 when it was occupied by JMB who used the main room as a classic car storage and display facility (Below in 2010).

Since then the room has been in the hands of AF Corse until SRO and their partners MMC took it over in October last year. 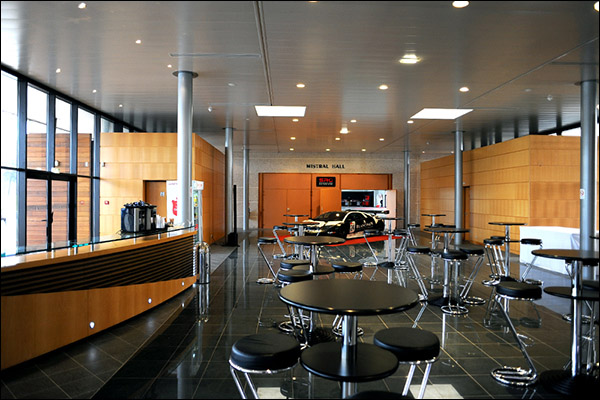 The SRO facility does not include the adjoining race shop and small pitlane but that shouldn’t take away from the scale and ambition of the plan here.

“There are a couple of major plans here. Our customers can store their race or road cars here at the track where they will be safe, and in addition they are also available to drive here or where they can be prepared to be shipped elsewhere,” said a proud Stephane Ratel. 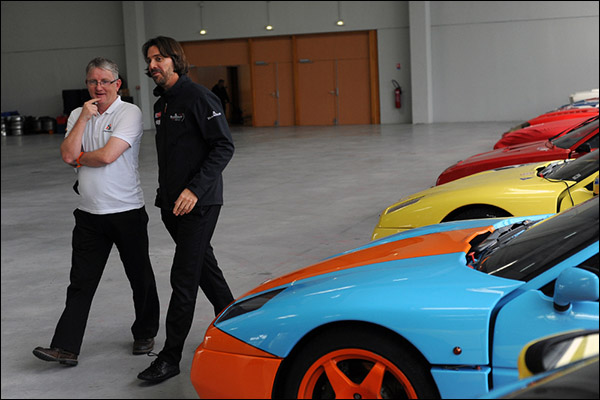 One corner of the facility is equipped with a full technical workshop, and just alongside was the rear deck of an old friend, the FAT Turbo 962-177. 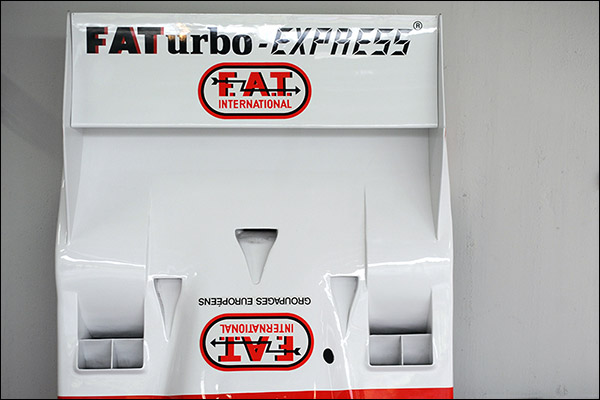 Assembled By Fabcar – Raced By Brun, the Porsche occupied the entrance hall on our last visit (below). “The rest of the car is on display in the Le Mans museum,” said one of the facility’s custodians. 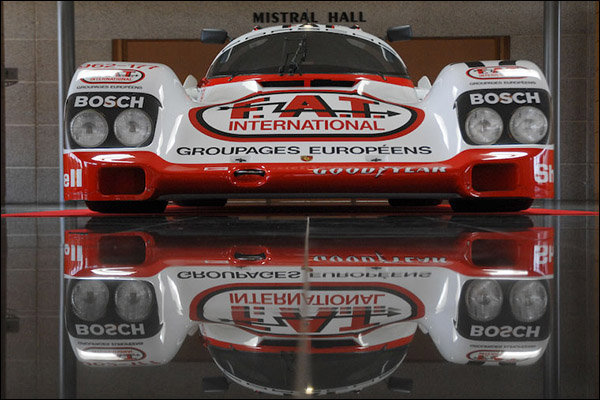 Taking pride of place now in that location is a Lamborghini Murcielago R-GT GT1 car, owned by Stephane himself from new and driven by him the day prior to the test at Paul Ricard. 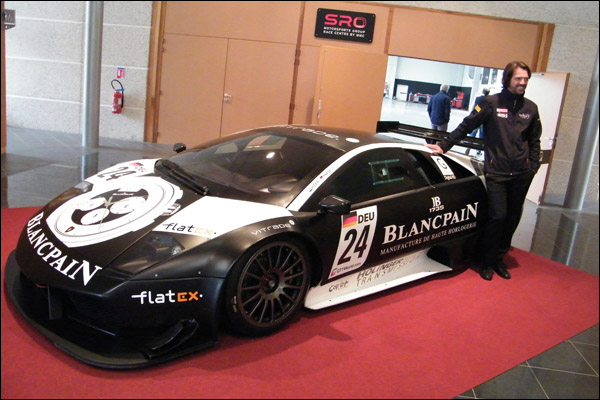 Along the glass wall overlooking the iconic Mistral Straight is a line of cars, the first occupants under the capacious roof. 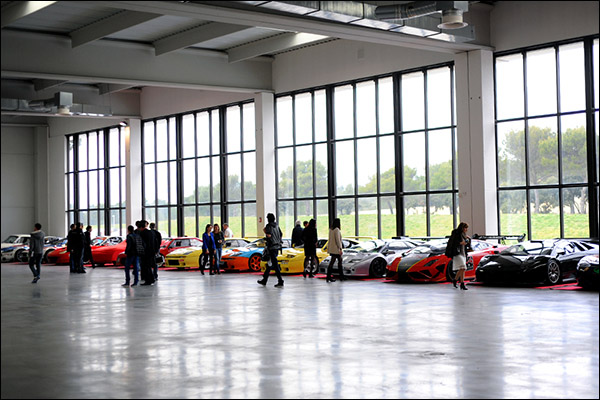 And it’s a fascinating line-up, including several cars owned by Stephane.

Alongside a very tasty looking ‘60s Mustang are a pair near mint condition Aston Martin DBRS9s, (chassis nos 23 and 24).

“These were part of a plan I had to put together a Russian team in what was to become the final year of the GT1 World Championship (2012 when the Championship ran with GT3 spec machinery). The team ran with drivers including current BMW factory star Maxime Martin. 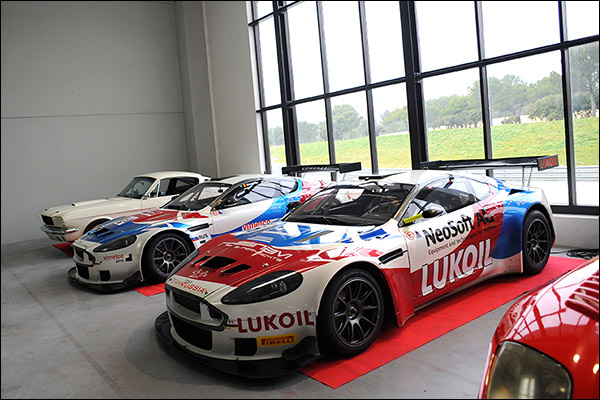 “Sadly it didn’t come off too well, the team did not finish the season and the cars were sold but the opportunity came up a little while ago to get them back and I did.”

DSC believes there is a plan for one or both to be entered for the Le Mans 24 Hours supporting Aston Martin Festival race this year, and it’s just possible that we might see Stephane racing one of them!

Stephane’s route into GT racing started via an early 1990s ‘Gumball’ style rally with the transition to circuit racing made soon afterwards as the French authorities began to take an interest in some of his friends’ on-road antics!

First up was the Venturi Gentleman Drivers Trophy.

It was the progenitor for the much loved and missed BPR GT Series. Named for owners and organisers (Jurgen) Barth, (Patrick) Peter and (Stephane) Ratel with the trophy continuing alongside the main event in the mid 1990s and with some of the Venturis racing in the BPR itself and at Le Mans, both in the main race and, in 1995, as a support race with no fewer than 57 entrants! 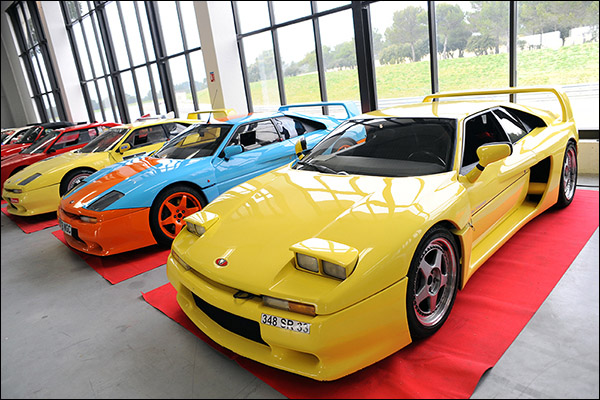 Though there were some early successes the momentum was not sustained as we saw increasingly powerful (and seemingly commensurately unreliable) evolutions of the neat and tidy original attempting to keep pace with the GT1 tsunami.

Sitting in the middle of a row of three Venturis was an immediately noticeable ‘Gulf’ blue and orange liveried Venturi 400 Trophy, the roadgoing version of the one-make race car owered by a turbocharged PRV 3 litre V6 putting out, you guessed it, c.400 Bhp.

It was a car, British registered, that I had seen before on the streets of Central London:

“Yes you probably have,” agreed Stephane. “I have owned it from new. They are great little sportscars and it was a very important part of the SRO story.” 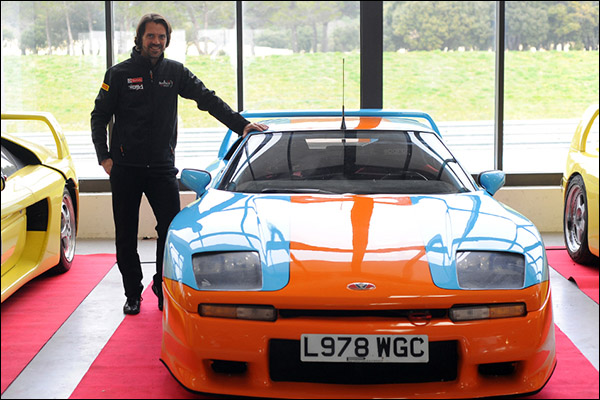 There were a few other interesting curios too.

A GT2 spec Ferrari 550, one of two cars which raced in the FFSA GT Series. It’s the only survivor after its sister car burned during its only appearance at Le Mans in 2003.

The car at Paul Ricard has a couple of potentially valuable ‘modifications’. There are signatures on the roof panel from both Alain Prost and Michael Schumacher! 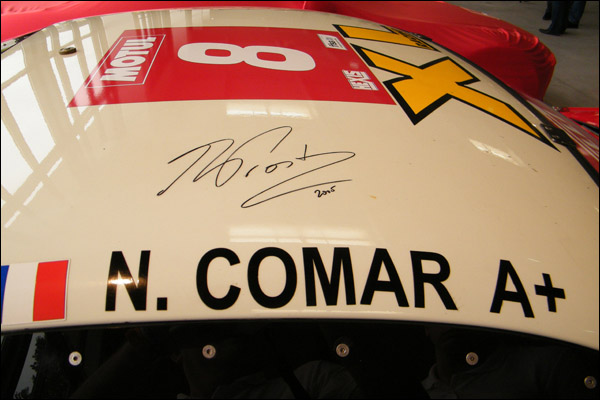 There’s a second Lamborghini Murcielago R-GT GT1 car, a twin to the Ratel-owned car in the entrance hall, and a altogether more notorious car. 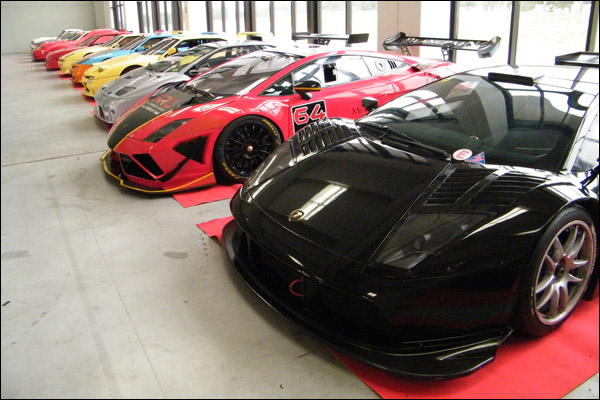 This is the infamous 2007 JLOC entered car, a last minute replacement from DAMS for the original car badly damaged in a Practice earlier in the race week. It completed a single lap before gearbox issues ended the team’s day! 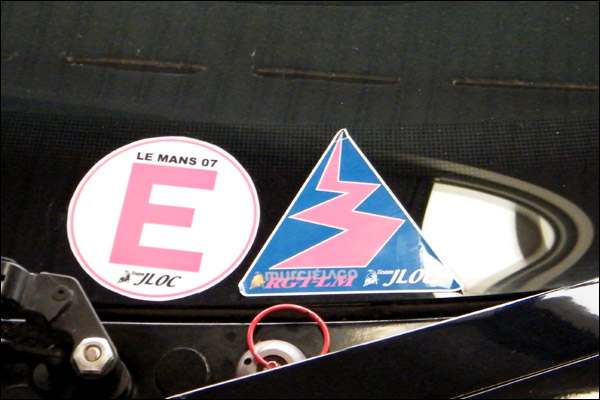 Alongside is another GT1 machine.

This is one of the once ubiquitous, now increasingly rarely seen Oreca-built Chrysler Viper GTS-Rs, this the ‘fantasy’ liveried car from A.R.T. campaigned by Jean-Pierre Jarier and Francois Lafon in the early noughties. 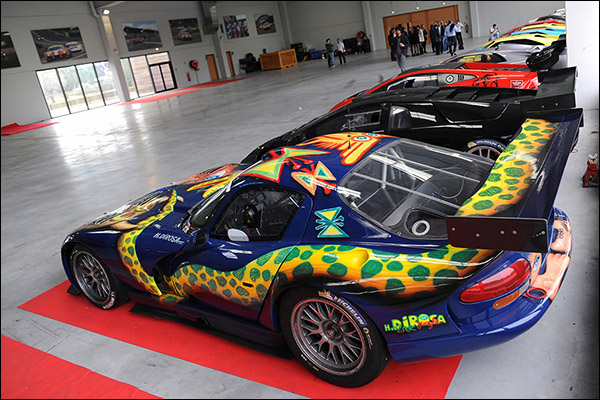 There was a visually challenging Ferrari 308GT4 based ‘special’ too from Luigi Moreschi, the car with apparent IMSA heritage has clearly seen use in Europe since those days. 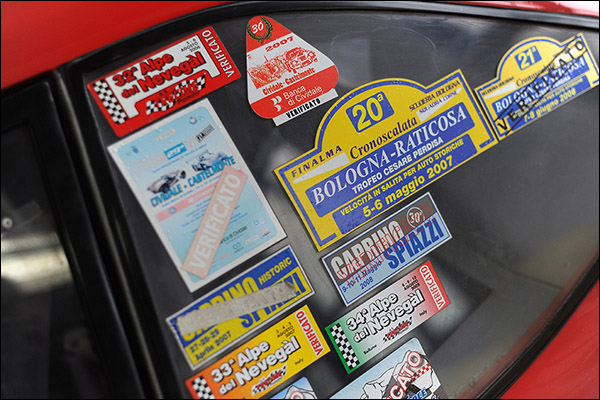 It’s a fabulous setting for some fabulous cars – and as the next test session got underway the Blancpain Endurance contenders screaming by on the Mistral provided the perfect backdrop.

Here’s hoping when we go back next time there are even more interesting occupants.

Pictures by Dan Bathie and GG