Properly wet conditions greeted the WEC field as the first of the LMP1 cars got their work started this morning, Sebastien Buemi leading out, and unsurprisingly nearly half a minute slower than his dry times yesterday.

Fassler took Audi quickest with the first committed lap of 2:00.406, 1.5 s quicker than Buemi and Wurz who had been holding the top slots for Toyota in the first ten minutes of the session.

Copse corner seemed attractive as first Buemi in LMP1 found the run off, then Michael Christensen’s #91 GT Pro Porsche (narrowly avoiding tyre wall contact), followed by the #99 Aston Martin of Alex McDowell, and the GT AM Corvette, Kristian Poulsen aboard. 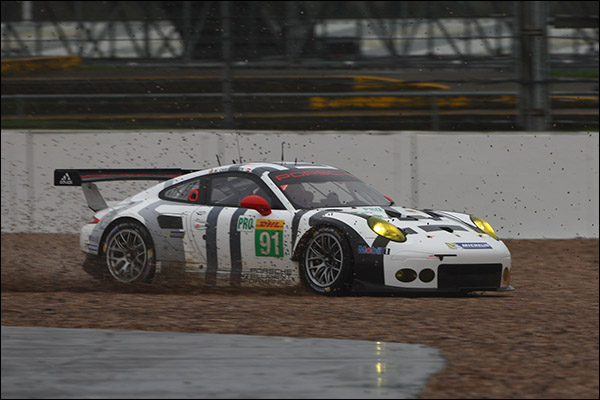 25 mins in and a dry line was just starting to develop, the fastest P1 times coming down by 5 seconds, though Webber’s time in the Porsche was still 2 seconds shy of the #7 Audi.

In P2, it had been the #26 G-Drive entry at the top of the timing screen until conditions began to improve, Nick Tandy’s KCMG Oreca picking up the pace by over a second to the Ligier JS P2. Neither HPD’s had set a time and would remain in their garages for the rest of the session. 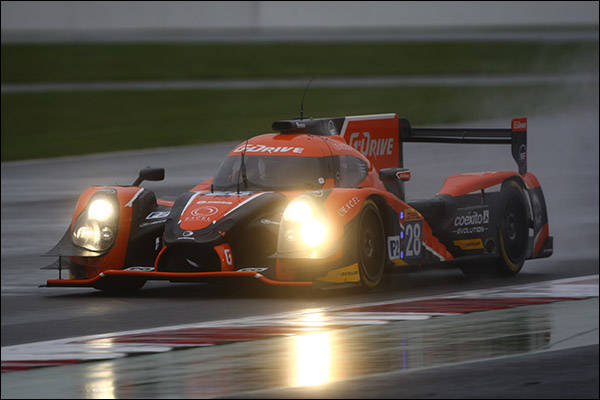 Looking very twitchy bunched together through the Luffield complex, the GTE Pro field times were all within two seconds, Patrick Pilet’s #92 Porsche setting 2:13.665, just a tenth covering first to third in the class. 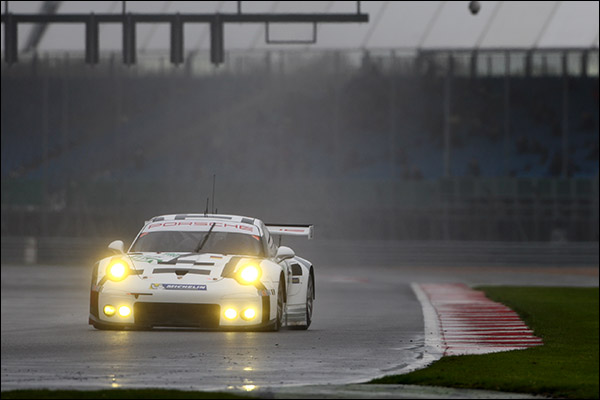 In Am it was the #83 AF Corse Ferrari of Francois Perrodo, Manu Collard and Rui Aguas with a best time of 2:16.396. This car and the Dempsey Racing Porsche were separated by 0.395 at the top. 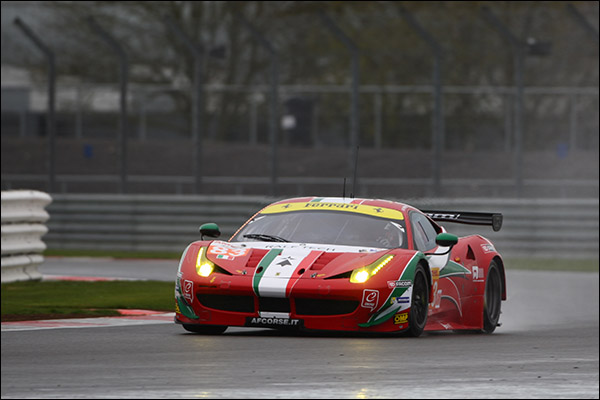 Andre Lotterer moved things up a gear in P1 as he literally got to grips with the conditions, the #7 Audi now in the 1:53’s, 2 seconds quicker than Nakajima’s Toyota. 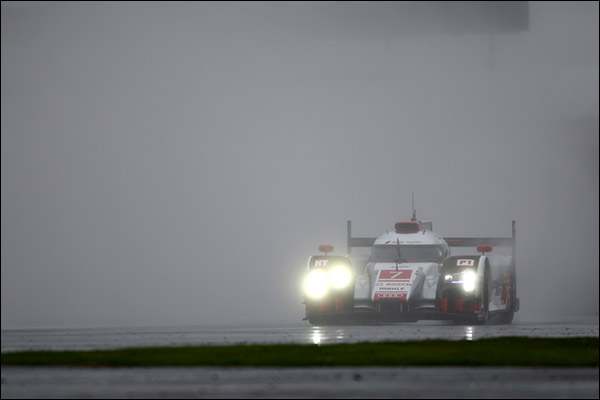 10 mins to go and the LMP2 Alpine was deep in the gravel at Stowe corner, Nelson Panciatici bringing out local yellows.

Sarrazin found the limit at Copse, pushing too hard and losing the rear end. Lotterer improves the #7 Audi’s time by a second, his 1:52.094 being the fastest time at the session’s end.

The only other no show was the #72 SMP Ferrari in GTE Am, all cars having a decent number of laps during the session.