After the wet conditions throughout the first two sessions, Free Practice 3 was held in dry conditions and confirmed the incredible pace of the LMP1 cars we saw in Silverstone. 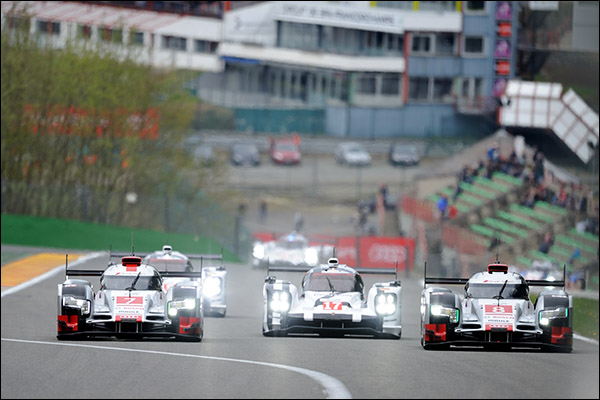 The German set his fastest lap in the last minute of the session and prevented a Porsche 1-2-3 at the top of LMP1. In second place, just one hundredth of a second behind the Audi, was the #19 Porsche of Nico Hulkenberg, Earl Bamber and Nick Tandy followed by the sister #17 919s of Timo Bernhard, Mark Webber and Brendon Hartley and the #18 of Romain Dumas, Neel Jani and Marc Lieb.

Toyotas were again very discreet during the session, finishing sixth and seventh respectively, two seconds behind the slowest of the Porsches.

In LMP2, it was a constant battle between the #26 G-Drive Ligier JS P2 and the #47 KCMG Oreca 05 Nissans. Sam Bird in the quicker of the G-Drive Ligiers ultimately set the class’ fastest lap, a 2:08,415 which was four tenths ahead of KCMG in second. 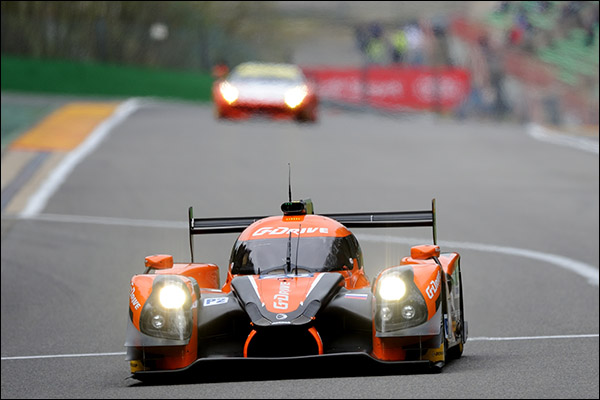 One of the storylines in LMP2 this weekend is the addition of the Jota Sport Gibson, making a one-off appearance. Simon Dolan and his team are looking to see how they stack up against the WEC competition this weekend and get one more race under their belts pre-Le Mans.

‘It’s mainly about tyres for us this weekend, that and getting Mitch (Evans) used to driving the car in traffic,’ says Dolan. He’s made the transition pretty well so far from what we can see, despite only running in the wet. He was such a good driver in single-seaters, so we expect his pace to be strong right away.

‘Being back in the WEC is always good for us, these races are always bigger events than the ELMS, and having the LMP1 cars out there is always fun.’

Both GTE classes were very open.

In GTE Pro, Toni Vilander set a fastest lap of 2:18.390 in the #51 AF Corse Ferrari 458 followed by the #99 Aston Martin of Alex MacDowall, Fernando Rees and Richie Stanaway with a best lap just two tenths shy. Third fastest lap was the other Ferrari AF Corse (#71) of Davide Rigon and JamesCalado, some four tenths slower than the team’s leading car.

Down at the Aston camp, the guys have been busy working hard to achieve a better result in Belgium than they did back home at Silverstone in the opening round of the series.

‘We can’t dwell on our result at Silverstone, we clearly had the fastest car, we just got caught out,’ Alex MacDowall told DSC. ‘We are confident in the car here in both wet and dry conditions, but we don’t know yet if the Aston is the fastest GTE car. The Ferrari’s may turn up the wick.’ 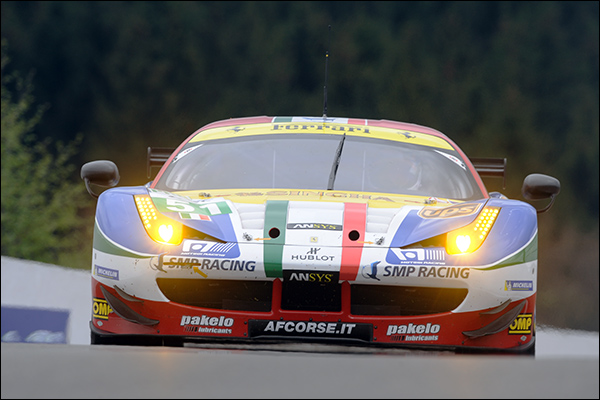 In LMGTE Am, three different marques made up the top three positions. The fastest lap of 2:19.485 was set by Pedro Lamy in the #98 Aston Martin, with the #50 Larbre Corvette of Gianluca Roda, Paulo Ruberti and Kristian Poulsen just off the ultimate pace. The #88 Abu Dhabi Proton Porsche 911 RSR of Christian Ried, Khaled Al Qubaisi and Klaus Bachler ended up third. All three were within four tenths of a second. 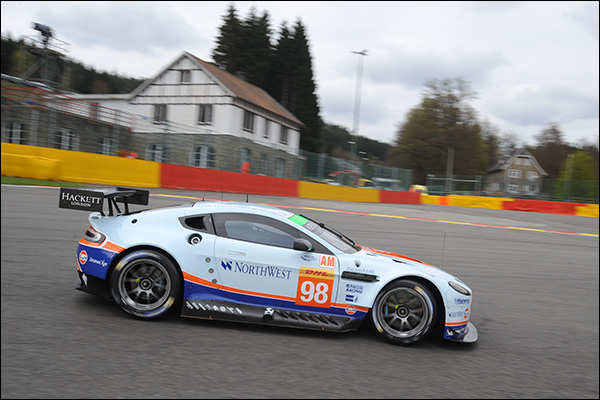 Several GT cars went off track despite the improvement in track conditions however. In the earlier part of the session, Klaus Bachler in the #88 Proton Racing Porsche 911 RSR hit the tyre wall at Pouhon and triggered a short full-course yellow period. He was soon to be followed by Darren Turner in the #97 Aston Martin at Les Combes. Both cars ultimately returned to track and continued.