The LMP session saw a very early red Flag, the #47 KCMG Oreca Nissan grinding to a halt almost as soon as the session started, Matt Howson suffering low fuel pressure and the decision soon taken to stop the session to allow the car to be recovered.

The car was recovered to the barrier gap on the inside of the exit of T1, Howson recovered to pitlane via the infield where apparently the #47, under tow, almost had an accident!

That spoiled the early runs for the remainder of the field but in particular left the #18 Porsche in trouble, Neel Jani explained later that the car had no hybrid boost for it’s planned single shot lap, the car posted a time only good enough for fourth, behind both Audis and the sister #17 car Brendan Hartley banging in the lap to put the car on top.

Timo Bernhard was next aboard and looked to have done enough with a gap of a second before the #8 Audi, the #7 a further three tenths down, Audi though had seen their chance to get aa car onto the front row and were pushing.

Porsche though had seen the threat emerging and pitted Marc Lieb to allow Jani a second last ditch shot.

He didn’t disappoint, his first (or rather second!) effort put the car ahead of the Audis, the next, and the last of the session grabbed pole with a 1:46.0 lap giving a session average of 1:46.211, 0.164 to the good from the sister car with Mark Webber’s face telling a story of disappointment for the #17 boys. 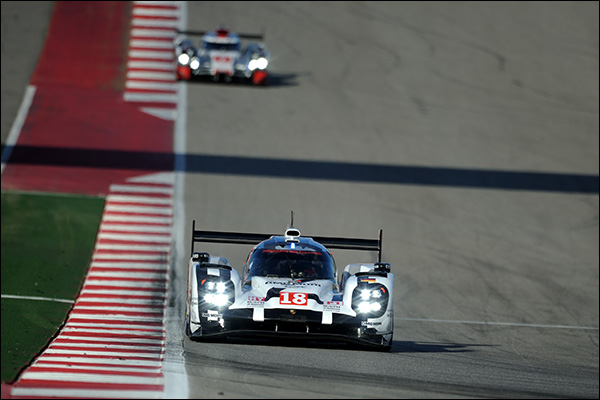 Toyota were again not in contention, both cars a smidgeon off 3 seconds away from pole.

In LMP1 Privateer it was, eventually a Rebellion 1,2, Nick Heidfeld and Mathias Beche managing 1:53.950 average to leave a half second edge of the sister #13 car and a further edge over the CLM, the #4 car though IS showing improved form. 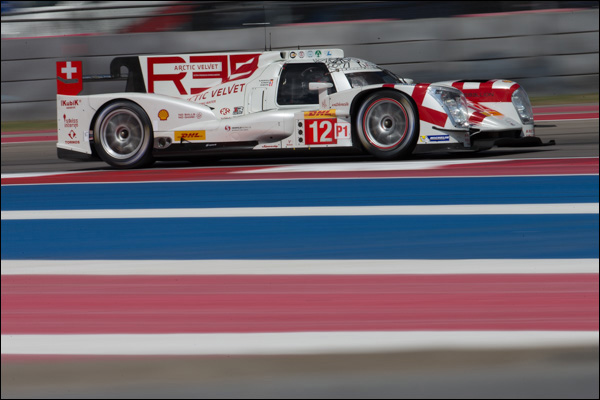 In LMP2 there was disappointment for the #35 Signatech Alpine team, a good early session effort from Vincent Capillaire spoiled by a problem at the pit stop, the car failing to rejoin the session to post a second driver time.

The Session was led early on by Danny Watts in the #42 Strakka Gibson Nissan ahead of Oliver Webb in the SARD Morand Morgan Judd but it wouldn’t stay like that as the G-Drive Ligiers got to work, they’d finish the session an eventual 2nd and 3rd, #26 edging out the sister #28 with Ryan Dalziel pulling the #30 Tequila Patron ESM Ligier HPD into contention too.

Pole though, at least provisionally, would go to thee restarted KCMG Oreca, Messrs Howson and Bradley again combining to very good effect, an average 1:56.834 putting then 3 tenths clear of the #26 G-Drive pairing. 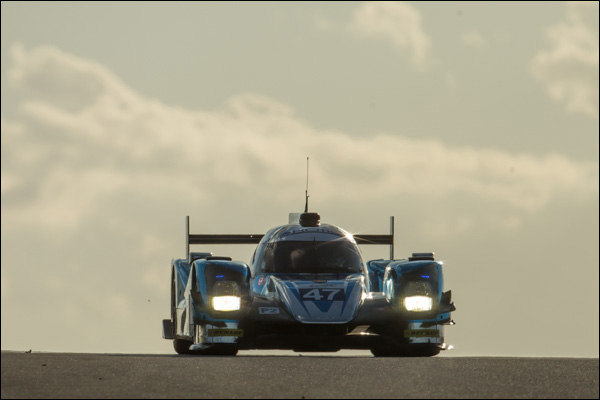 STOP PRESS: We are hearing that, perhaps not unexpectedly, the #47 KCMG Oreca Nissan has been moved to the back of the LMP grid after they rejoined after causing the red flag. The #26 G-Drive Ligier Nissan is therefore elevated to Pole position in class after Julian Canal and Sam Bird produced an average 1:57.148 across both driver’s times. 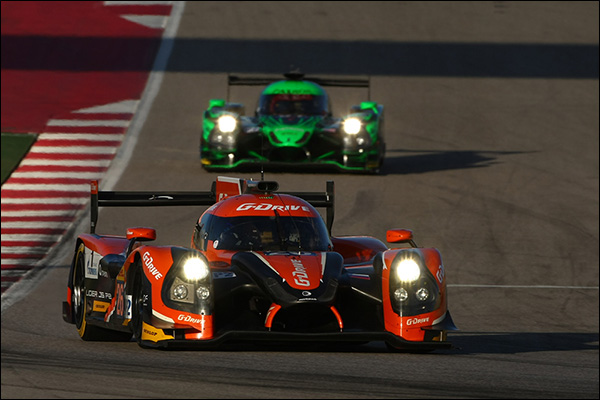