Ginetta have proven themselves as the manufacturer of the fastest LMP3 car in the world. Now the Yorkshire marque turns their attentions to a new-for-2016 car; the Ginetta G57.

With a class first and second in the inaugural European Le Mans Series driver and teams championship, Ginetta have been the dominant force throughout the inaugural LMP3 season, taking a clean sweep of class victories. 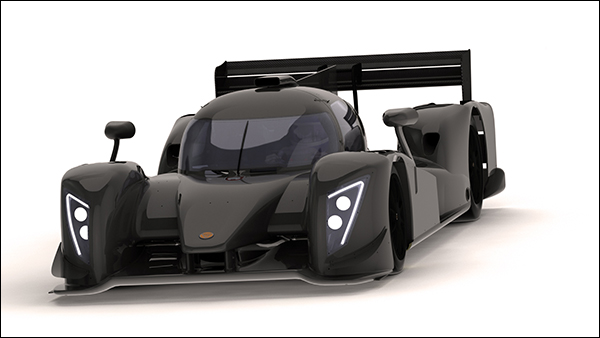 A fantastic partnership between Ginetta, the ACO and ELMS throughout the development and delivery of the LMP3 class allowed all parties to make a success of the inaugural season, one which will undoubtedly continue into 2016.  With their position as a rising star in sports prototypes cemented, the Yorkshire manufacturer now switch their attentions to the ongoing development of the new-for-2016 Ginetta G57.

Designed to increase export of the British brand, which already stands at circa 50% of all sales, the Ginetta G57 represents a cost-effective prototype, eligible for sports car competition across the globe.

With a view to compliment the already established Ginetta formulae, which include four single-make championships, a number of franchised European series in Italy and Sweden, plus a large presence in the USA with the Ginetta G55, the Ginetta Prototype will be suited to all level of driver grade, experience and ambition.

Comprising a Chevrolet LS3 engine with 580bhp, the Ginetta G57 will offer a robust drive train, providing unrivalled performance with additional power and heightened value for money. In addition, the car will feature an unrestricted aerodynamic package, delivering some of the quickest lap times for cars of this genre.

Lawrence Tomlinson, Chairman of Ginetta explained; “European Le Mans Series provided the perfect platform to further introduce the Ginetta brand to the European marketplace, and we worked closely with the ACO to ensure both the car and the series was a success. As a business, we must now continue towards our goal of increasing export, which inevitably means creating a new, and significantly faster, car which is eligible for competition on a number of different global platforms.”

Ewan Baldry, Ginetta Technical Director added; “We’ve had a great season with ELMS, but Team LNT had only ever planned to contest one full season. For 2016, we will continue to support our customers who remain within the series, but as a manufacturer, our attentions now turn to the Ginetta G57.”

The Ginetta Prototype has already been accepted for competition in VdeV and various open sports car championships. Team LNT also claimed a win and a second place in the previous two VdeV events.