Tim Gibson worked with Dunlop from 2011 until he passed away last Friday, initially as a event based engineer and latterly as a full time member of the team.

Tim had a heart transplant at the age of 15 and last month celebrated having his new heart longer than his original and hoped that it would last at least the same again. It was not to be with his heart failing suddenly on Friday while he was in Harefield Hospital. Tim filled his all too short life as a racer himself and as part of the transplant community, taking part in the transplant games. 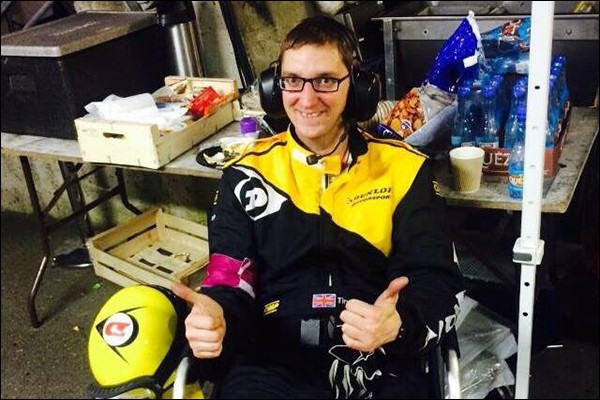 Funeral arrangements will be advised in due course but the service in expected to take place after the forthcoming Bahrain event and testing.

The hashtag #ForTim will be used in tribute over the coming days.

Tributes from just a few of those in the motorsport community who held him in very high regard follow:

Jean-Felix Bazelin, Dunlop
“For some short, too short, years, Tim has been part of our Motorsport Team and shared with us the “Will to Win”. What we did not realise is that, for Tim, the “Will to Win” was a vital necessity, an integral part of his life, deeply embedded in his personality.  The challenges he had to face in his professional life were nothing compared to the challenges he had to battle against as a teenager. That is probably why he was so efficient and successful when he was helping his customers to win. We hope we helped Tim to achieve some of his dreams. He has shared with us his passion. Next week, in the following months and years, we will share with Tim our passion, our wins and we will dedicate our successes to him and the memory of his exemplary courage.” 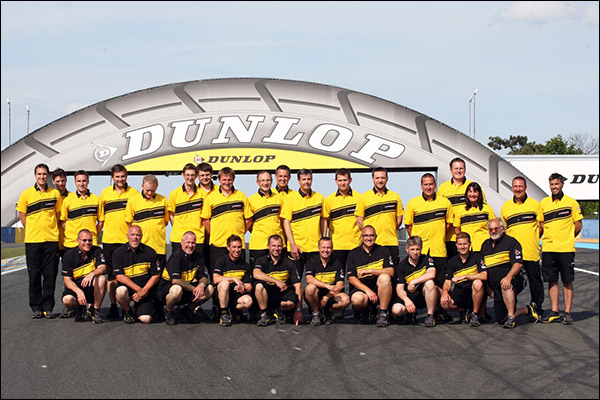 Sam Hignett, Jota Sport
It’s difficult to appreciate just what a tyre engineer does to an outsider, but Tim was so much more, he became a part of our team. So many times as a team manager I’ve heard frantic calls about absent tyre engineers but Tim was always there when he was needed, even if he was looking after multiple teams. He was an amazing lovely guy who went above and beyond for Dunlop and Jota. We can’t, and never have, underestimated his part in our 2014 Le Mans win and 2015 2nd place. As my wife said, we have a massive Tim Gibson shaped hole in the Jota team. The reaction from the drivers was devastation, he was just good to them. We have lost a fantastic tyre engineer and an amazing friend and person. I can’t imagine not seeing Tim when I get to the next circuit, for us going motor racing next year will be a very different place without Tim. 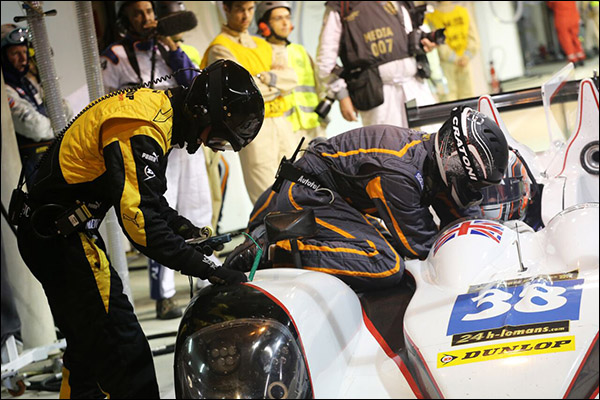 Tim Holloway, Jota Sport
Tim was a very nice person to start. For us as a team he was very important in our success and our results in the years that he’s been with us. He was very good technically, he brought a lot to the party. Personally I got on very well with him and we were close, it is a sad loss for us and his family. 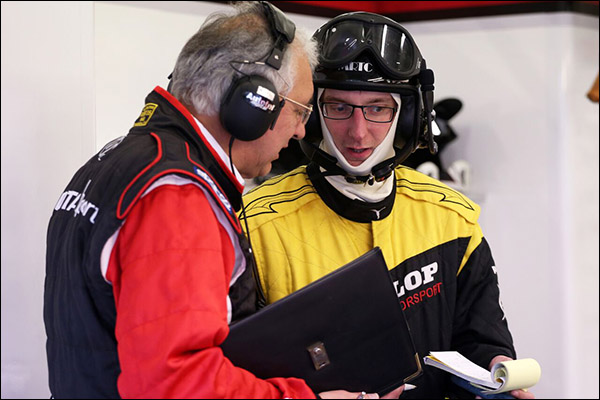 Alex Kapadia, racing driver at Boutsen Ginion and karting competitor
I met Tim while we were both karting and he was always competitive. I’d already moved to car racing when Tim moved into cars and then came to Dunlop as an engineer. I got the ELMS drive with Boutsen and was overjoyed to have him as our engineer. He was good at his job but nice and helpful. He introduced me to the rest of the Dunlop team and anyone that he thought could help with my career and we have kept in contact regularly since. He got some seriously good results and seems to have won at everything he’s done, karts, BMWs, Legends and engineering at the highest level with his Le Mans win with Jota. He was a top bloke.

Mike McGregor, Dunlop
It was obvious from when we first interviewed Tim in 2011 that he was a bright lad but he was quite shy and as we got to work with him and see him grow within the job it became apparent how brilliant he was – not just as a work colleague but as a friend. The way he portrayed himself professionally as a friend was impeccable and he was the perfect friend as well. He is a huge part of Dunlop’s recent success. 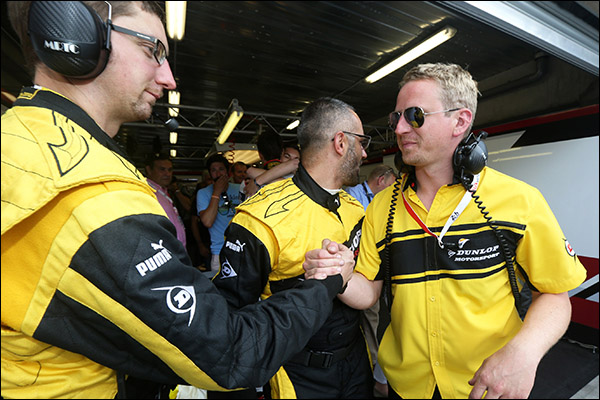 He was so humble and modest about everything, but his quick understanding of things and situations just showed how intelligent he was. I have so much admiration for him because of what he had been through and on the rare occasions that he talked about it he was just very matter of fact. He talked about life expectancy but we all expected him to be the one to break the records. Tim just got on with what needed to be done and always with a smile on his face. He was just a brilliant person.

Matthew Butler, Dunlop Engineer
I can’t express how good a person Tim was, there was nothing bad about him, never a moment of anger or a sharp word.  No matter what time of day or night he always had time to talk or listen and my memories of him are all pleasant and full of laughter. He once told me that he’d always had people being careful and sympathising but he loved just being part of the Dunlop banter and he soon learnt to give back as much as he took. He was truly the nicest person I will ever meet in my life. The job won’t be the same the same without him. 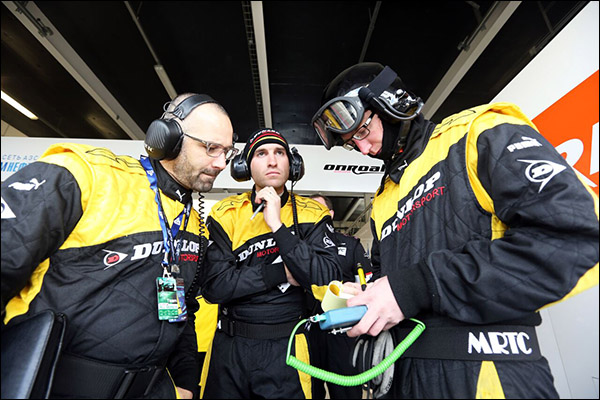 Matthew Rees, Dunlop
Motorsport is a family , some understand it some don’t!  On Friday our motorsport family lost a mate, a work colleague and a brother. Tim was more than any of these,  Tim was too special, every single thing he did was with deep thought for others , be it our staff or the teams / drivers he worked with. Over  the last 18 years in the industry I have never met such a kind hearted and genuine person. Tim was so fun loving, Tim loved the whole aspect of working with us… From  the technical challenges we faced at the track to the banter and laughter of a night time while out. Tim would give you a look that would catch your eye and ground you for a millisecond , you knew deep down he was special from that look…  I cannot put my finger on that fact. From the start of Tim’s time with us Tim was  part of our family, he loved the whole aspect of our job both the banter within the office over who’s making the next cuppa to the banter and laughter at the track while away.

On one occasion that sticks firmly in my mind just before a trip he had played a trick on me in the office… So I got the stapler and stapled his shirt edge around the rear  base and sleeve area. While the joking continued Tim forgot about this until we got to the airport security… We watched as he went back and forth several times through security setting the alarm off to the amusement of us… Again Tim found this funny and I got that look. I can’t explain that. Tim loved life to the fullest.

We will travel to Bahrain this week without one of our family members, Tim will be missed by our family but greatly by the ” whole” motorsport family around the world both in the WEC paddock and also the ELMS paddock. Tim Gibson you are a true gentleman , a legend, and a mate , I will miss you so much and still cannot comprehend what happened on Friday , I know you will shine above us so brightly and bring joy and laughter to everybody you meet up there.  Heaven gained a truly amazing person today, rest in peace mate until we meet again. Good night and God bless you .

Paul Bryant, Dunlop
Firstly my deepest sympathy to his girlfriend and family, Tim was a genuinely lovely lad, he went through more than I can even imagine. He didn’t have a bad bone in his body, it feels like such an injustice that he has been taken so young.

Although he was quite a bit younger than me, Tim taught me a valuable lesson that I will always try to keep with me; it was that you need to be happy in what you are doing, time is precious don’t waste it doing things that you don’t enjoy. Tim was so intelligent he got highly paid jobs closer to home, but he would rather travel 3 hours per day to work with us at Dunlop, because it made him happy. Tim has left a permanent mark on all of us at Dunlop, he will be sorely missed.

Michael Butler, Dunlop
Motorsport has lost a true friend and colleague. Racing was always in his heart and that’s what he wanted to do. He was one of life’s treasures, an inspiration to us all. Our thought are with his family and girlfriend.