After a very promising start and sustained time in the lead, disaster struck for the Delta Wing which took it out of contention after rear-ending a stranded prototype challenge car in turn one. 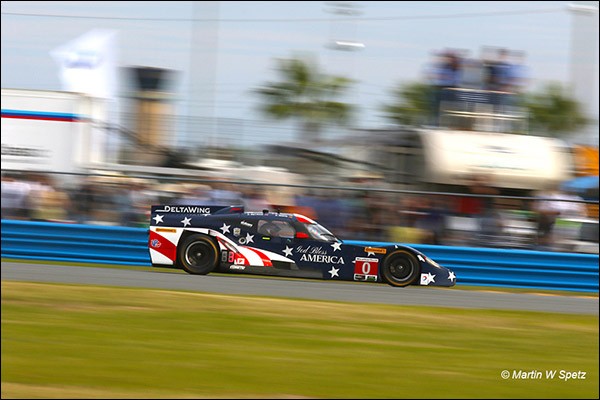 Misfortune also claimed both Ganassi Ford GT cars as gearbox issues sent them to the garage for extended stays. Both resumed many laps down. Lamborghini entries filled the top spots in GTD but electrical problems cost the O’Gara entry. GTLM remained close as expected with Corvette and Porsche at the front. 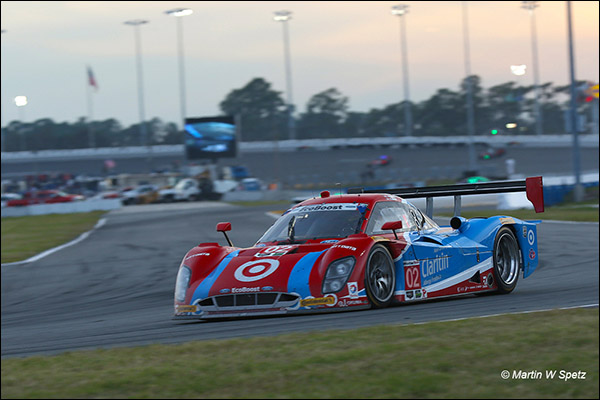 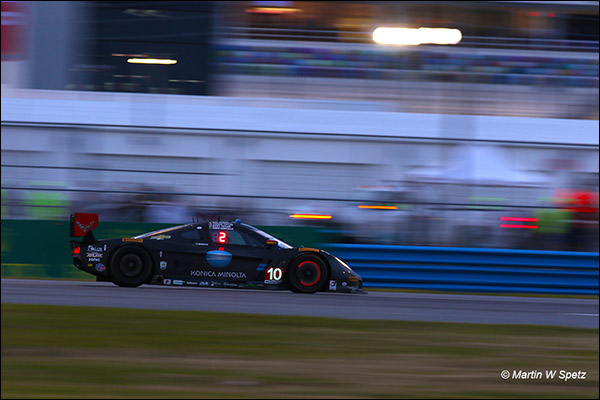 The two Ligiers were among the fastest on raw speed, but John Pew in the #60 Michael Shank car had contact with the rear of the #2 ESM in the bus stop which inflicted modest damage to both cars. Modest, but it put both a touch off the lead pack during the long green run.

The Mazda team had split fortunes. The #55 in the hands of Jonathan Bomarito showed strong pace and ran consistently near the front of the field with very competitive times. However, the #70 became the first retirement of the race after running only 11 laps. Mazda reported the culprit was a flywheel issue.

After suffering transmission issues in the first hour for the #67, Ford’s GTLM program suffered further issues when Joey Hand experienced gearbox problems of his own, a dislodged brake line on pit lane, and an intermittent kill switch problem. 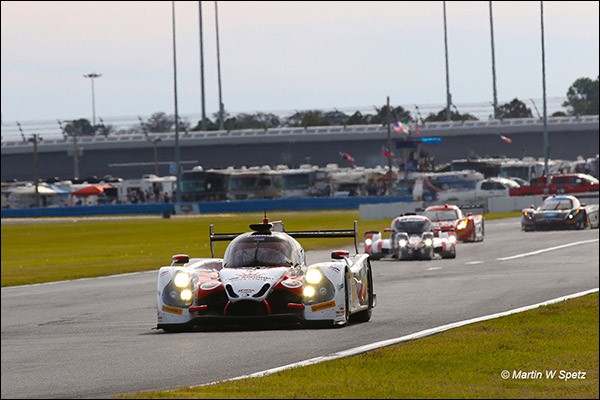 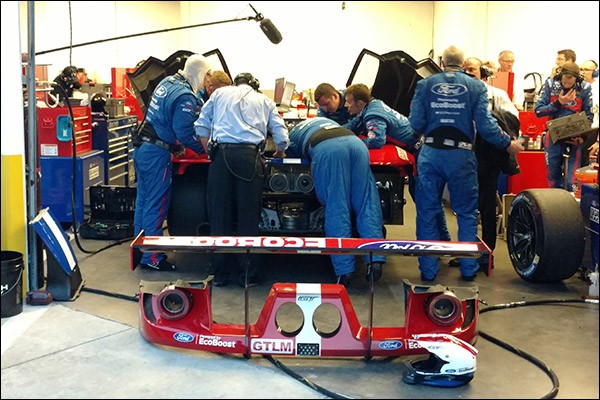 After limping around the apron, Hand was able to get the car back to the pit lane and the team took the Ford GT back to the garage where it stayed while the team continued to work on it. Hand and Briscoe were pleased to finally get the Ford GT into racing action and noted that they hadn’t experienced similar problems previously. Many laps down, the best the team can hope for is an extended test program.

Prototype challenge was an exhibition for Stephen Simpson in the #85 JDC Motorsports car. He stayed in the car through several pit stops and built a substantial lead which vanished with the yellow. The #52 PR1/Mathiasen car provided the closest challenge with Tom Kimber-Smith setting fast laps. Other cars suffered problems. Trouble found both Starworks cars. In addition to Cumming’s misfortune in the #8 referenced above, the #88 made contact with the pit exit wall which required a trip to the garage for repairs. 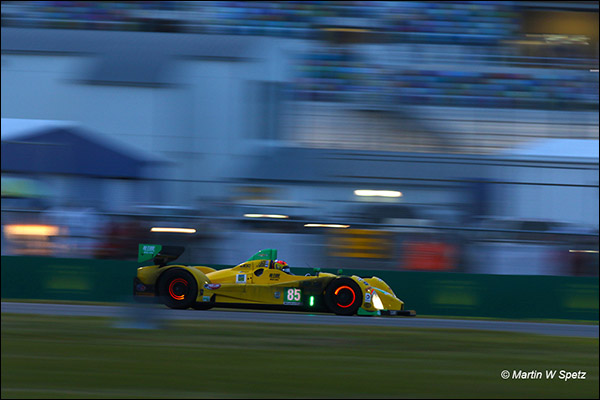 Before the turn one incident brought out a full course caution, spectators were treated to almost two hours of green flag running. GTLM remained extremely close with both Corvettes in the class lead at the four hour mark. Tommy Milner in the #4 led from Antonio Garcia in the #3. The BMWs largely lived near the bottom of the class. Bill Auberlen in the #25 lost a lap to a right rear flat tire but skillfully brought the car back to pit lane without body or suspension damage.

The Lamborghini train started to gain momentum in GTD with multiple cars at the top in class before the #11 O’Gara car experienced electrical problems which cost several laps to remedy. The #28 Paul Miller Lamborghini with Bryce Miller in for most of the early part of the race showed strength and turned over to Bryan Sellers for his first laps in competition in anything other than a Porsche in many years. 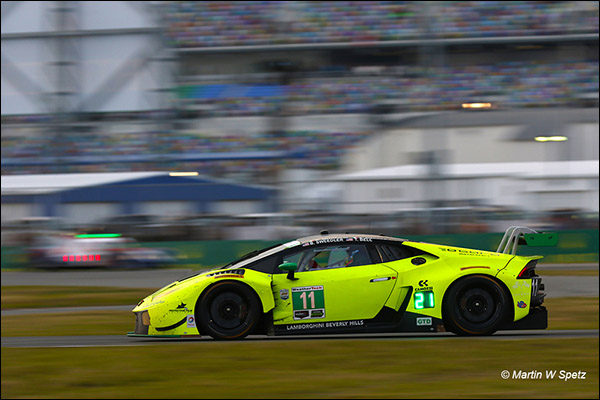 Speaking of Porsche, the absence of Porsches at the sharp end of the GTD field was notable. Most have ended up 2-3 laps off the class lead. The #9 Stevenson Audi had experienced a battery issue which delayed their start, but were able to subsequently run at racing speed.

Throughout the run, drivers and teams made changes to refine and optimize their cars. With the lack of dry running in practice, race conditions were the first chance to make reliable observations and adjustments for the rest of the race.

Darkness descended on Daytona International Speedway which provides an electric scene as colored lights and metallic liveries reflect and shimmer in the lights above the speedway. 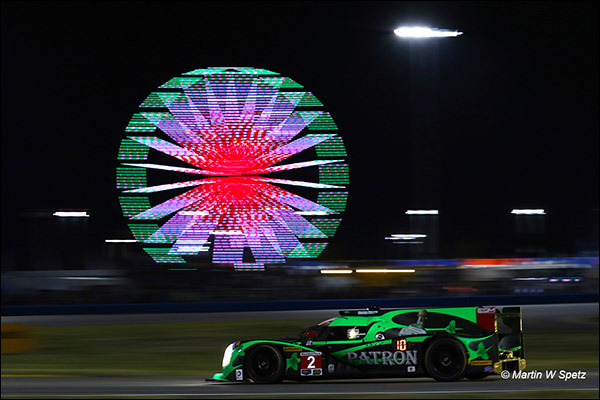