Will future IMSA Prototypes compete at Le Mans in LMP2, LMP1 non Hybrid, or even at all?

That is the open question following on from our piece yesterday which touched on the rather far from complete question of whether the planned 2017 IMSA DPI Prototypes (below), based on the coming ‘Global’ LMP2 chassis from the four selected chassis manufacturers, will be permitted to compete at the Le Mans 24 Hours, and if so in what class and specification. 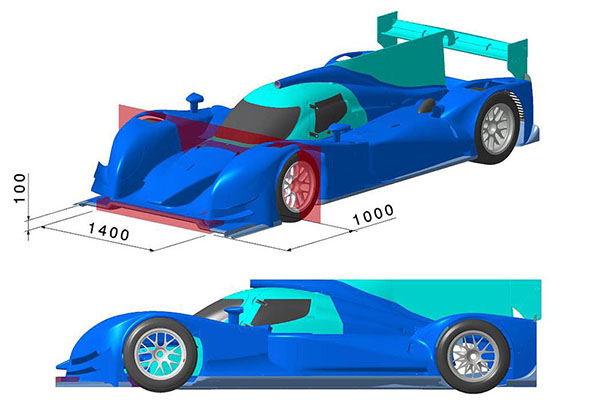 In a briefing today at Paul Ricard Pierre Fillon and Gerard Neveu responded to questions on the situation by explaining that there was a gap between the expected level of difference between the original idea of LMP2 and IMSA DPI and the extent to which the IMSA regulations, and proposals from manufacturers, had moved on.

Initially it was envisaged that the IMSA cars would be able to compete in the new look 2017 LMP2, based around the four alternative chassis, equipped with a new for 2017 ‘spec’ Gibson V8 for competition in WEC and ELMS.

IMSA cars would be performance balanced for Le Mans against the Gibson-powered cars but would need to adopt the spec bodywork for their chassis suppliers, rather than IMSA specific bodywork which can accommodate styling cues from the engine manufacturers.

Both the level of manufacturer involvement (and potential development), and the subsequent potential performance of those packages has caused alarm at the ACO, as, no doubt, has the potential for multiple manufacturer-backed entries in a prototype class competing directly with Privateer World Championship efforts at the most prestigious race on the calendar.

Add into the equation the differences in electronics packages, and the difficulty in accessing and comparing data between the ACO and IMSA spec cars, and the fact that some potential 2017 IMSA engine packages will not be able to utilise the spec bodywork (A Honda twin turbo V6 for instance would need a much more complex installation package), and the gap widens even further.

The potential of accommodating the DPIs within the non-hybrid LMP1 regulations was also raised as a possible area for discussion but it was clear from the tone of the discussion that the distance between the parties involved is very considerable. The potential for a total split between the prototype fields in IMSA and the FIA WEC is a very real one indeed, and that could very well mean that DPIs may not have a future at the Le Mans 24 Hours.